Carey Business School researcher Vadim Elenev offers an alternative economic model that would have achieved similar results to those of the U.S. pandemic stimulus but at a lower cost 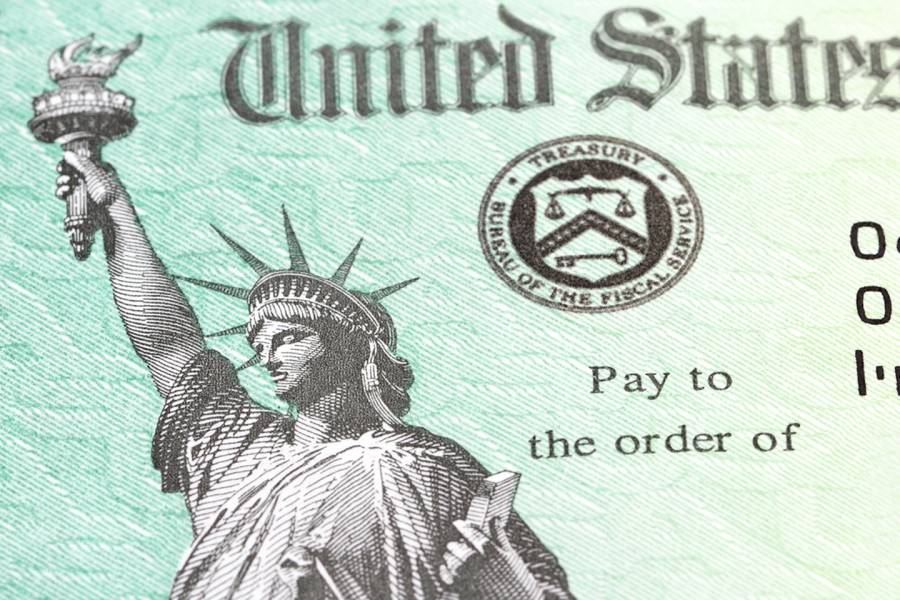 In late March, as the COVID-19 coronavirus began spreading swiftly throughout the United States, Congress passed a $2 trillion economic stimulus measure that included one-time direct payments to taxpayers, relief for small businesses, and expansion of unemployment insurance, among other provisions.

It was the largest economic stimulus bill in U.S. history. But did it work? And was it the best approach?

Johns Hopkins Carey Business School Assistant Professor Vadim Elenev and two colleagues have published a study proposing an alternative stimulus policy. They say their alternative shows that the government could have achieved similar results at less expense if the bailout funds had been targeted more precisely. Co-written by Tim Landvoigt of the University of Pennsylvania and Stijn Van Nieuwerburgh of Columbia University, the study is a working paper distributed by the National Bureau of Economic Research.

"When we consider the alternative targeted policy in our paper, we see how close the government got to the benchmark that we laid out—and how much more the government had to spend than was in that benchmark. The answer is fairly close, but at a substantially greater cost," says Elenev, who is an expert in finance, macroeconomics, and real estate economics.

The Carey Business School spoke with Elenev for more insight into his paper and the government's economic response to the coronavirus crisis.

In your paper, you and your colleagues state that your model for a coronavirus-related bailout would work better than the one enacted by the U.S. government. Can you spell out the differences between the enacted plan and the one you propose, and explain why yours would be more effective?

The main benefit of providing support to firms is preventing their failure. Since the loans in the enacted plan are given to all firms without conditionality, a program that provides forgivable loans both to healthy and distressed firms wastes resources on firms that do not need the aid. We contrast the actual government programs with a hypothetical policy that conditions on need. Under this policy, which firms receive credit and how much credit they obtain depends on firm-level productivity. Obviously, the information requirements imposed on the government to implement this conditional bridge loan program are more stringent. We find that a much smaller-sized program is needed to prevent a lot more bankruptcies. The programs implemented by the U.S. government still achieve more than 90 percent of the welfare gain attained by our alternative plan, but at about six times the cost.

Your study includes a fascinating, if not frightening, term from economics, "doom loop," which has occurred in commentary during the COVID-19 crisis. Can you define it and explain how it applies in our current situation?

The "doom loop" refers to the feedback between "Main Street" and Wall Street distress. When firms are unable to repay their loans, banks and other lenders suffer losses, which erode their capital. Troubled financial institutions restrict their lending and make credit harder to obtain. And when firms can't roll over existing debt or borrow to cover expense despite a drop in sales, they are more likely to fail, further straining the financial sector.

"But broadly, the coronavirus pandemic has expanded the set of risks we regularly think about. We all save (or want to save) for a rainy day, and there's now a new kind of downpour to worry about."
Vadim Elenev

We are seeing some signs of this "doom loop" crop up. Commercial mortgage delinquencies tripled in May relative to previous months, and Chapter 11 filings rose more than a quarter relative to the same time last year. Even though the financial sector is better capitalized and thus better prepared to weather the storm than it was in 2008, regulators are concerned enough to restrict bank dividends and share buybacks –—i.e., to force banks to retain capital. Hopefully, these measures, along with the covid bailouts we study, will be enough to forestall the worst of the "doom loop."

Some critics of the U.S. government's response say it would have been more effective, and more helpful, if money had been directed toward paying people's wages, as has happened in other nations. Similar criticism has been made of the one-time stimulus payment to taxpayers, rather than a series of income payments. What's your view?

The wage support policies pursued by other countries broadly serve two purposes. First, they put money in people's hands. The U.S. did this as well, though we've used stimulus checks, regular unemployment insurance, and $600/week supplemental unemployment insurance to do this. It is fair to argue that these programs should have been bigger, but this is a separate question from whether wage support is better than direct assistance.

Second, wage support is meant to keep people in their jobs. The idea is that the pandemic is a severe but temporary disruption, so if we just "freeze" employer-employee and supplier-customer relationships at pre-pandemic levels, we'll be able to pick up where we left off after it's over, speeding up recovery. This was a persuasive argument early on, but we are slowly realizing that a "new normal" awaits us. And in that "new normal," consumer preferences and supply chains will be different, jettisoning old jobs and suppliers and requiring new ones. As a result, a policy that "freezes" past relationships for too long will act as a drag on the adjustment. What's too long? This is an open question. More research remains to be done here.

After the 2007-08 recession, the federal response focused on bailing out major corporations and financial companies, rather than on consumers who lost their homes. Some have disparaged the COVID-19 bailout as a replay of that strategy, with corporate interests placed above those of average citizens. Do you agree that it's been a replay, or do you see significant differences between the federal responses to the two crises?

The two crises are quite different, so responses should be different as well. The 2007-2008 crisis was a housing and financial crisis that spilled over into the real economy. Rescuing the financial system was necessary to prevent an even worse economic downturn, so I don't think those bailouts were misguided. And except for the auto industry, there were no bailouts of corporations outside the financial sector. Could the government have done more to help homeowners directly? Absolutely.

The current crisis did not start in asset markets or the financial system. The pandemic led to rapid changes in how much and how we work, and how much and what we consume. The response has been different, and larger, as well. It has focused on preventing a wave of firm failures, which our paper shows is important. Can we do more to help consumers directly? Absolutely.

Your paper refers to a situation in which "pandemics become the new normal." We often hear discussion of how we might prepare for such a scenario in terms of medical care and equipment. But how should we prepare for it in economic and financial terms? What's the best long-term strategy if we're seeing pandemics on a regular basis?

This is really a million-dollar question, and the answer will vary depending on what sector you're in. Industry experts will be able give a much more precise answer for their industry than I will.

But broadly, the coronavirus pandemic has expanded the set of risks we regularly think about. We all save (or want to save) for a rainy day, and there's now a new kind of downpour to worry about. Our paper predicts that economic agents will respond to this with reduced risk taking. Firms will take on less debt. Banks will curtail their lending and charge higher-risk premiums on their loans. Awareness of additional risks should again impress on policymakers the importance of macroprudential policy—i.e., policies that make the economy more resilient to crises before they strike. One of the reasons the banking sector is more robust today than it was 12 years ago is because of regulatory reforms undertaken since then.

However, it's important also not to overreact. Precautions are not free. Policies that make the financial system less fragile in crises also make the economy smaller, and there's a point at which the costs of macroprudential policy can outweigh the benefits. In another paper, we study this trade-off in the context of bank capital regulation and find that current capital requirements are close to optimal. 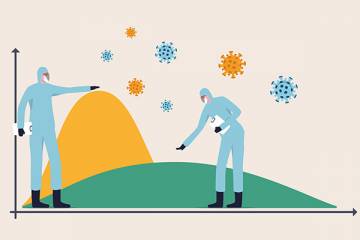 Initiative provides pandemic models to policymakers around the world

Published June 4, 2020
Bloomberg Distinguished Professor Daniel Polsky discusses the work of the JHU Modeling and Policy Hub and what models can and can't tell us