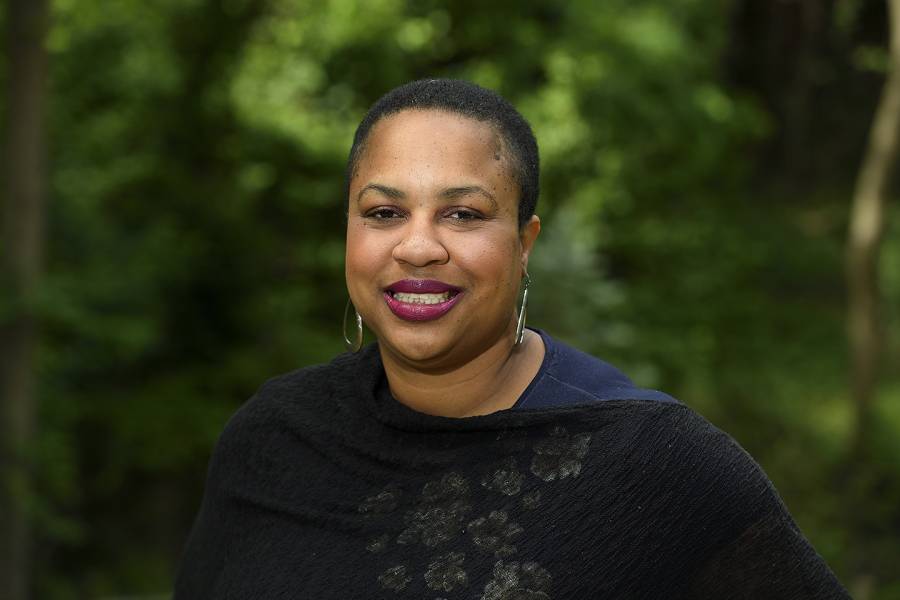 Namandjé Bumpus' turbocharged career trajectory has taken her to history-making heights as the new director of the Department of Pharmacology and Molecular Sciences for the Johns Hopkins University School of Medicine.

"Most studies are done on European-American males in their 20s," she says. "There are so many people missing in that picture. We don't know how women are going to respond, or people of other ancestral origins. Our work is finding that many African Americans may respond differently to certain drugs, and now we're looking at how transgender women may respond."

Bumpus joined Johns Hopkins in 2010 as an assistant professor in the Division of Clinical Pharmacology. She became an associate professor in 2015, and from 2015 to 2017, she was the school's first associate dean for Institutional and Student Equity, a role with particular resonance for her.

"That was a graduate student mentoring job with a focus on diversity," she says. "I wound up being a person that a lot of graduate students came to talk to. Luckily, the school gave me the opportunity to do it formally. I had that role for two years and met one-on-one with 450 graduate students from across the university to give them a safe space to talk about their lives and careers."

She became associate dean for basic research in 2018. In addition to her role as department director, she will hold the E.K. Marshall and Thomas H. Maren Professorship in Pharmacology.

Bumpus accomplished all this while taking two maternity leaves and volunteering in Washington, D.C., where she lives with her husband, son, and daughter. She served for two years as a science commissioner for the district and a member of its science advisory board, and she continues to donate her time to Washington food banks that serve people with HIV/AIDS.

"I am extremely excited and proud of her," says Bumpus' friend and fellow faculty member Sherita Hill Golden, vice president and chief diversity officer at Johns Hopkins Medicine. "In addition to her scientific and professional accomplishments, she has a tremendous record of mentoring both those who are underrepresented and those who are not. I think diversity enriches everybody in the scientific environment."

Bumpus, the middle of three siblings, was the first person in her family to graduate from college. Her mother was a special education aide. Her father founded and ran a boxing school in their western Massachusetts community. He taught Bumpus and her siblings how to spar and demonstrated the transformative power of teaching.

"He really loved his students," she says. "And I liked seeing the relationship between him and his students. Just growing up seeing it made me really want to be a teacher."

Bumpus' childhood home was full of books and conversation. Her interest in science, which began when she was about eight, was nurtured with chemistry sets and other educational gifts.

She attended a public science and technology high school and decided she would pursue a career in pharmacology. "It sounded perfect," she says. "Your job is to work on drugs, discovering drugs, and making drugs better."

But some teachers told her she should settle for less—that her ambitions didn't match her skin color.

"Luckily, because of my family, I didn't feel deterred," she says. Bumpus went on to earn a bachelor's degree in biology from Occidental College in Los Angeles and a PhD in pharmacology from the University of Michigan.

She completed a two-year postdoctoral fellowship in molecular and experimental medicine at the Scripps Research Institute in La Jolla, California, in 2010, and accepted a job at Johns Hopkins in the Division of Clinical Pharmacology.

Craig Hendrix, the division's director, has been a mentor and collaborator since he hired her.

"It's an enviable position for me to have been a part of her career since her postdoc and a mentor in some way, although she's so good at what she does that not very much of my help is needed," says Hendrix. "She has a very high level of energy, a heart for students, a heart for diversity and equity and justice, and a heart for science. She's red-hot in all those areas. It's a tremendous combination."

Bumpus became department director in the midst of a pandemic, when the labs were shuttered and she and her colleagues began working from home.

"It's nice for me because I already know everyone," she says. "My colleagues in the department have been so wonderful and welcoming."

"The roles I had before were often counseling and advising. Now I feel responsibility for everyone's prosperity and satisfaction in their work, making sure they all have the resources they need."
Namandjé Bumpus

The Department of Pharmacology and Molecular Sciences dates back to 1893 and is the oldest in the country, says Bumpus. Its researchers were the first to identify insulin and opiate receptors, measure drug concentrations in humans, and discover cancer-fighting properties in broccoli sprouts, among other accomplishments.

"This is a different level of responsibility," she says. "The roles I had before were often counseling and advising. Now I feel responsibility for everyone's prosperity and satisfaction in their work, making sure they all have the resources they need."

Bumpus is currently working on plans to reopen—and to eventually add additional faculty members—while some researchers focus on the novel coronavirus.

"We have folks working on diagnostics," she says. "This is an amazing time to be a pharmacologist. We have this really storied history, and I think this is an opportunity to continue to be thought leaders. We can contribute a lot."

Bumpus has pursued science since childhood, with the goal of making a difference in the world. She believes her father, who died in 2019, would be proud of what she's accomplished so far. 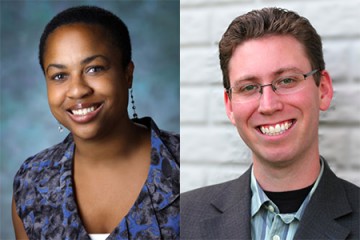