N. Peter Armitage and Collin Broholm each receive grants from the Gordon and Betty Moore Foundation to further our understanding of the 'weirdness' of quantum materials 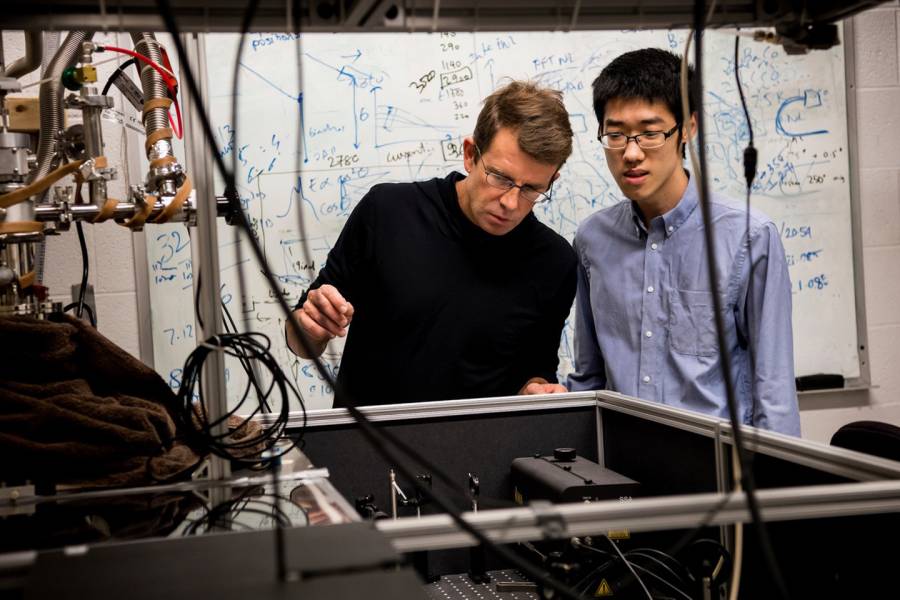 We might not realize it, but many of us are probably at least vaguely familiar with some of the broad concepts within the (very) micro world of quantum mechanics—the idea that an electron can be in two places at the same time, for example. But we don't often give these concepts much thought because we don't encounter them in our daily lives, out here in the macro world. And scientists can't yet explain how what they call the "weirdness" of the quantum world creates the familiar physical properties of our everyday experience.

But quantum physicists, by studying enormous numbers of electrons at once, have begun to construct experiments they hope will eventually reveal how the weirdness becomes life as we know it. If they can enlarge the "weird" phenomena into a scale that's observable, they might be able to learn more about how those phenomena manifest.

"This all comes from electrons," says N. Peter Armitage, a professor in the Department of Physics and Astronomy at the Johns Hopkins Krieger School of Arts and Sciences. "By themselves, they're not very interesting. But put together a billion billion billion of them, and all of this remarkable behavior comes out." 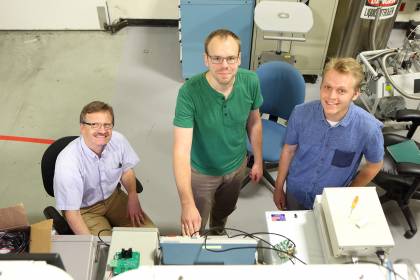 Armitage is one of two Krieger School physicists to receive competitive awards this month to explore fundamental aspects of quantum materials. The awards come from the Gordon and Betty Moore Foundation, which fosters path-breaking scientific discovery, environmental conservation, patient care improvements, and preservation of the special character of the Bay Area of California. The foundation's Emergent Phenomena in Quantum Systems (EPiQS) Initiative is a $185-million funding program whose goal is to accelerate progress in the field of quantum materials. Armitage and Collin Broholm, also a professor in the physics department, will each receive $1.6 million over five years to develop new techniques for measuring intrinsic quantum mechanical correlations in solids. The grants are intended to fund basic science research—a risk, because there's no guarantee the work will yield the hoped-for results, but a risk that also holds the potential to transform our thinking about quantum material.

In order to understand quantum phenomena writ large, physicists need methods to accurately measure them—something they don't yet have. So Armitage and Broholm will use their grants to develop new tools to explore uncharted ways of measuring quantum materials in the hopes of revealing details about their properties. Already, both have made names for themselves in the arena of building instruments and apparatus, and applying them in ways not usually considered.

Along with other colleagues at Hopkins' Institute for Quantum Matter, they will work to create a quantum fluid, a material that is neither gas, solid, nor liquid, and that features quantum factors like "entanglement"—one of the weirdness' weirder features. A particle is "entangled" when its magnetic spin, which can never be predicted for just one particle, is always opposite of the spin of a particle it's entangled with. Even weirder: particles can be entangled over hundreds of kilometers.

"When you carry out a measurement in one location, this influences all future outcomes of measurements in the other location," says Broholm, who is completing his first five-year grant from Moore and who directs the Institute for Quantum Matter. "It's a very jarring concept because it means there's a non-local aspect to physical reality."

"We're trying to detect if the material is entangled, so we need to use something that is itself entangled," Broholm says. "It's not been done before, and it's a pretty wild idea."

The grant provides an unusual opportunity to use "out-there" ideas to push the boundaries of understanding, Broholm says. "We're very fortunate to have two of us who have gotten this award, which gives us lots of freedom to follow our noses about what we think is interesting," Armitage adds. 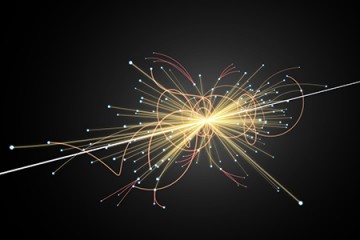 Published Dec 6, 2016
Scientists experiment with insulator material that straddles the world of classical physics and the hidden quantum realm