With Covaid, neighbors support neighbors during the pandemic 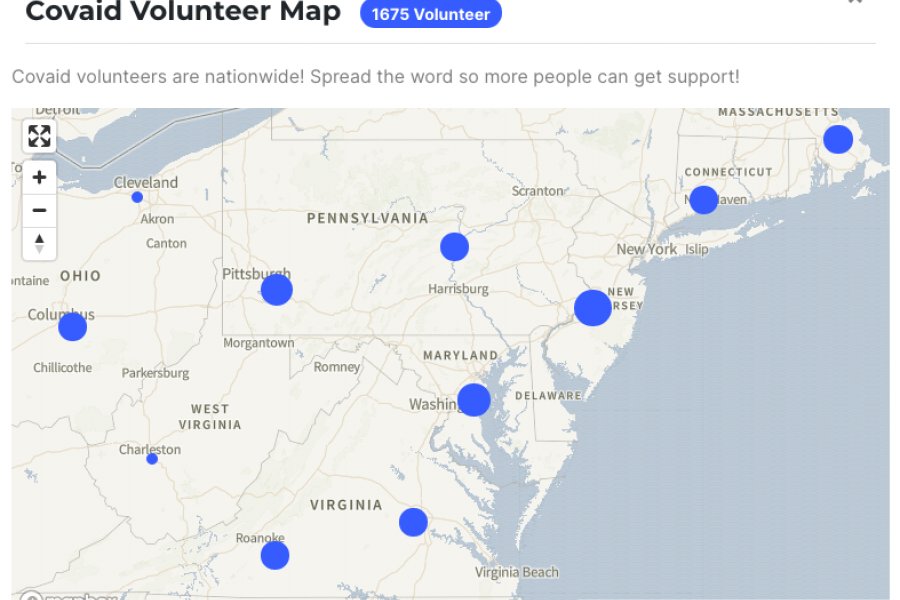 Image caption: The Covaid app can help locate volunteers nearby at the state, neighborhood, and street level

Across the country, a new brand of community movement has often started with an impromptu spreadsheet: neighbors signing up to to deliver groceries, walk dogs, and run various errands to help each other out during the coronavirus pandemic. But when the swell of volunteers rises, the forms can become unnavigable, cluttered with names and information.

A new website, Covaid, aims to provide a simpler platform for these neighbor-to-neighbor aid programs. Two computer science majors and longtime friends, Debanik Purkayastha of Johns Hopkins and Jeffrey Li of Carnegie Mellon, developed the resource in late March to match vulnerable residents with neighbors willing and able to help.

"There are a lot of elderly and immunocompromised people who are afraid to go out, afraid to go to grocery stores or run their daily errands," says Purkayastha, a Hopkins senior whose second major is biomedical engineering. "We originally built this platform so people can go on the site and reach out for support." 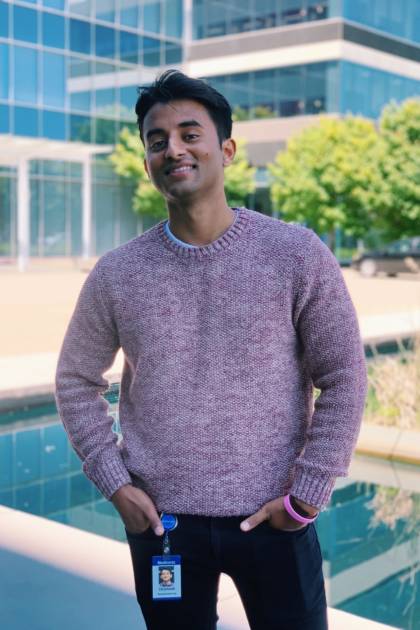 The idea grew from a spreadsheet making the rounds at Johns Hopkins in the early days of COVID-19 in the U.S., just before campuses closed. Junior Bonnie Jin had created the resource for students to help each other as they moved out—with rides to the airport, for example, or storage space. This soon expanded into a community effort called Baltimore Mutual Aid, reaching to neighborhoods beyond Hopkins campuses and offering a wider range of services.

"A few days before I was packing up and leaving, I saw this spreadsheet going around," Purkayastha says. "Community members were putting up their contact information and saying, Hey, if you need anything, let me know if I can help. It was very inspiring."

Once he relocated to his family home outside Philadelphia, Purkayastha got to brainstorming with Li, his friend since middle school. The two were seeing similar mutual aid efforts sprout up in other communities, including Pittsburgh, home to Li's university.

"The wheels started turning for us to think about, How can we make these things a little better?" Purkayastha says. "I noticed anybody could edit the spreadsheets, there was no automation—there wasn't really a system. It was a really good idea in concept, but it needed a structure to facilitate things."

They designed Covaid's clean blue-and-white interface to present a map of the United States, which zooms in to show volunteers at the neighborhood and even street level. The volunteers—more than 1,675 have registered as of this week—submit a short bio and specify which services they can fulfill, including grocery and medication delivery, pet care, technology on loan, even emotional support. They also indicate times they're available and whether they have access to a car.

When community members in need of services search the site, the matchmaking occurs through both automation and personal assistance from Covaid's team—now composed of 20 university students from around the country.

The team is trying to raise $10,000 to help fund requests

Within the past month, Covaid's mission has matured to include more formal partnerships with community groups in five cities, with plans for more. In addition to Baltimore Mutual Aid, the team is working with Pittsburgh Mutual Aid, Greater Charlotte Mutual Aid, Delaware Mutual Aid, the CCOM Covaid Task Force in Chicago, and the Indy COVID-19 Neighbor Response Team. The platform allows organizations to transition their existing volunteer resources to a Covaid dashboard, where they can tailor services according to the needs of their community. In some places, for example, the sharpest demand is for monetary donations to buy essentials.

"It's a really simple platform, which is what's brilliant about it," says Seth Bush, a volunteer organizer for Pittsburgh Mutual Aid, which now has more than 60 volunteers signed up for Covaid. "Debanik and Jeff worked with us and listened so closely and so attentively to what we needed. These guys are two amazing human beings."

Covaid was originally envisioned as a short-term project, Purkayastha muses, back when he believed the pandemic would be over by May. He thought everything would subside before he traveled out to Silicon Valley to begin a summer internship as a software engineer at Facebook—work he's now planning to perform remotely while continuing to build Covaid's capacity.

"We're going to be devoted to this for the foreseeable future," Purkayastha says.