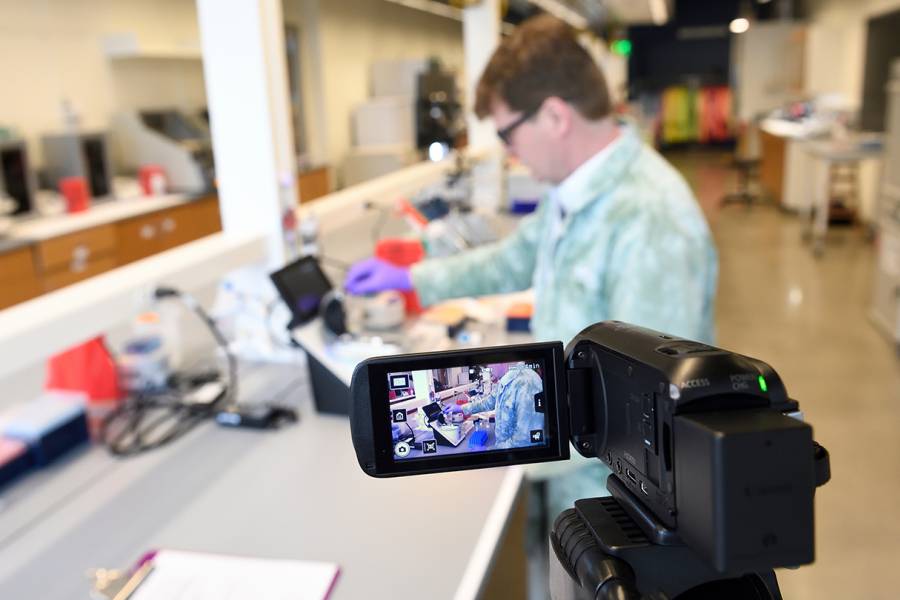 When Johns Hopkins announced that all courses would move to remote instruction to help slow the spread of COVID-19, Jamie Young joined instructors across the university—and at schools across the U.S.—in the effort to rapidly translate his coursework for the digital space.

But as a professor of a laboratory science class, he found himself facing a unique challenge: How do you give your students the practical experience they need to become scientists while they're scattered across the country, some thousands of miles away from the university?

The solution: You bring the lab to them.

March 10, after the university's announcement, Young embarked on a three-day marathon filming session to record almost 15 hours of raw footage that would be edited into 20-minute video experiments for his Introductory Chemistry Lab course, a hands-on course that teaches students the basics of lab work.

Young is one of several Hopkins professors acting as amateur filmmakers to make the transition online. Using equipment borrowed from the Center for Educational Resources, these professors are creating first-person videos of lab work that allow students to recreate the experience of experimentation themselves.

For Eric Johnson, who teaches Biochemistry Project Lab, the move to remote learning has brought his course more in line with its learning objectives of mirroring real-world academic laboratories. As the labs change their processes in light of the coronavirus, so too is the course.

"We're not just trying to give them a hands-on experience, we're also building out a course that mimics as close as possible what students would experience if they were in an academic research lab environment," Johnson said. "In a sense we're still doing that. Everybody is out of the lab now, so I'm shifting the class in the same way that the graduate postdoc researchers are having to shift their work."

In Johnson's class, students are given synthetic DNA for a protein and throughout the semester, they purify it, analyze it, and then submit their results to a classwide database.

While the experiments are carried out by Johnson in video form, students are responsible for pulling data from those videos and analyzing it before communicating their results to the class, the same way they would if they were researchers sharing results with their principal investigators.

Creating the videos for the course has been a challenge, Johnson said, as he's had to learn filming and editing techniques on the fly while trying to condense a three-hour laboratory session to its most essential moments. YouTube tutorials and quick Adobe workshops have brought him up to speed with the editing basics.

"I really try to focus on key steps of the process and the protocols that we do, and also try to break things into 10-minute chunks so students can really absorb what we're doing and take that knowledge with them when they eventually do go into the lab," Johnson said. 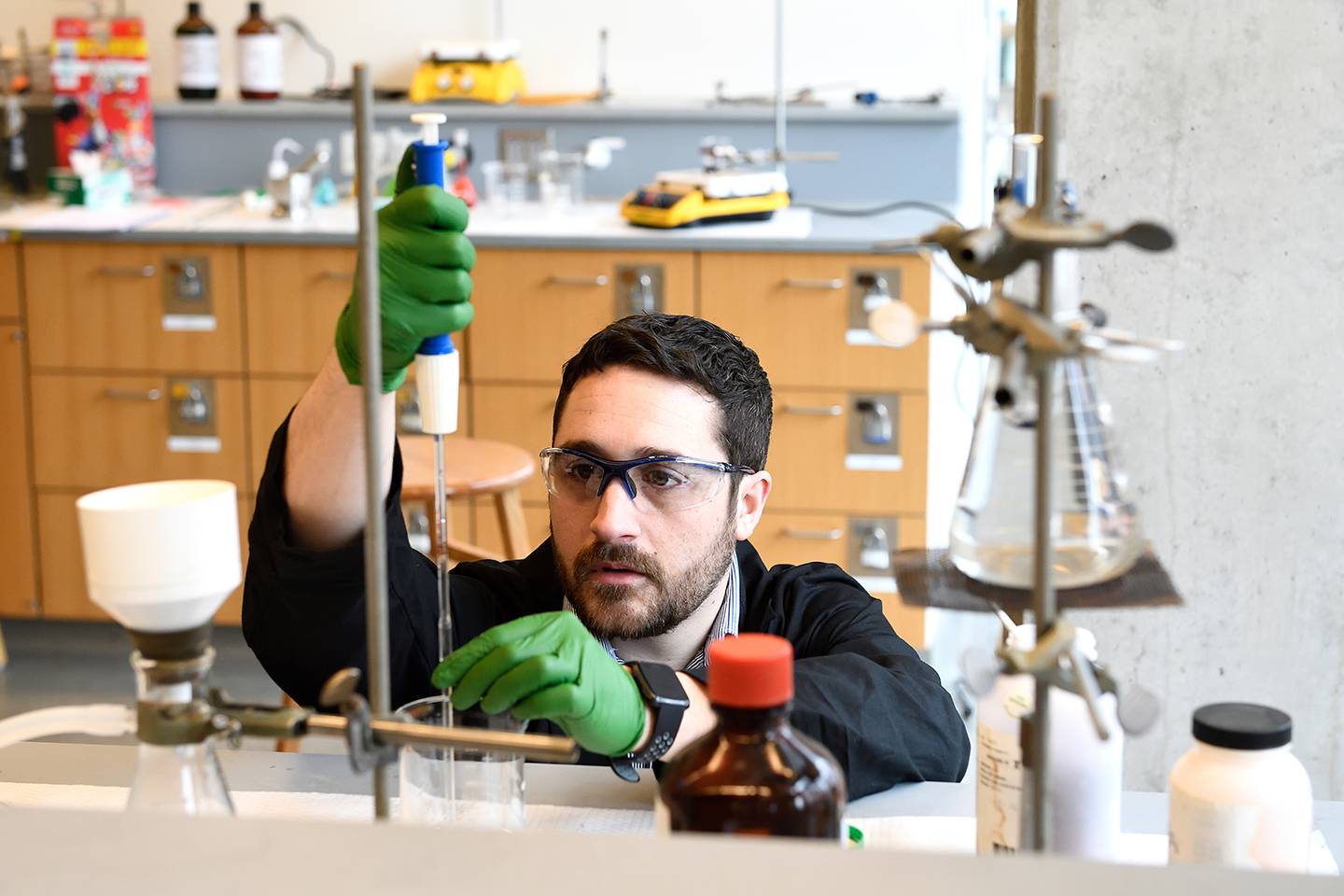 Image caption: Jamie Young sets up experiments for his Introductory Chemistry Lab course. Young has filmed the final three experiments of the semester to stream to students over Blackboard for remote teaching.

To create a more engaging watch and better highlight the lessons of each experiment, Johnson has been adding voiceover and graphics to his videos. For his chemistry lab, Young embedded quizzes into his videos at key points to make sure they're taking the right lessons away from his actions. His videos will cover the three remaining experiments in the spring semester: heating metal salts in a Bunsen burner to create different colored flames, extracting colored dyes from Froot Loops and reactions involving the modification of transition metal complexes. For each experiment, he'll include close-ups of LabQuest data devices so students can pull information they need directly from the videos.

"The challenge is making sure these videos remain interactive enough," Young said. "We were students once, too. It's very easy to stick a video on and then look at something on a second screen and not take anything in. So I want to make these videos short, attention-grabbing, and interactive."

While changes to how instruction is delivered were made out of necessity, Johnson said the remote learning challenges have taught him skills he plans on integrating into the classroom

"This is a type of muscle that scientists don't get to exercise," Johnson said. "I think the further into the future we go, the more mixed media education is going to have to be. This is just another tool that's going to be used in science education, and this is an opportunity for us as educators to become prepared for the future." 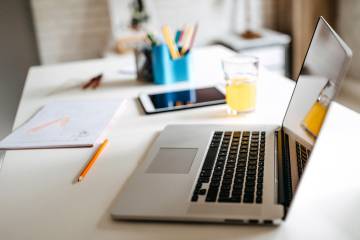 A virtual return to campus 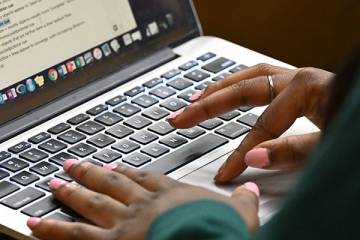 How to adapt courses for online learning