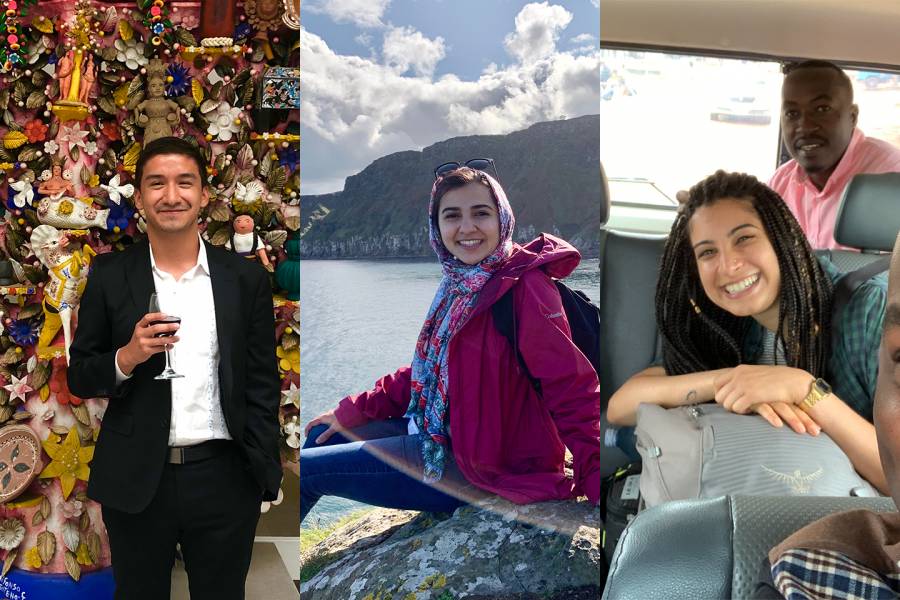 Johns Hopkins ranks among the nation's top producers of Fulbright U.S. students with 21 during the 2019-20 cycle, the most in school history

Mexico, Uganda, and the United Kingdom are among the countries in which Johns Hopkins University students and graduates are busy working and studying this year as part of the Fulbright U.S. Student Program, the government's flagship international educational exchange program.

The Chronicle of Higher Education recently identified Johns Hopkins as being among the nation's top producers of Fulbright U.S. students, a distinction determined by the U.S. Department of State. For the 2019-20 cycle, 21 current JHU students and recent grads received Fulbright awards, the most in the university's history. Hopkins tied for 11th place among research institutions for the number of U.S. student grants.

"One of the most exciting aspects of this program is the variety of experiences open to applicants: teaching English, working toward degrees in everything from the humanities to physical sciences, pursuing artistic projects, conducting independent research—in any one of 140 countries," says Jeannette Miller, fellowships officer of the National Fellowships Program at Johns Hopkins. "No matter the experience, our Fulbright grantees return to the U.S. with a richer perspective on themselves and others."

Named for the late Sen. J. William Fulbright, who sponsored legislation creating the prestigious scholarship, the Fulbright U.S. Student Program is the country's largest educational exchange program, offering opportunities for students and young professionals to meet, work, live with, and learn from the people of the host country. The program awards approximately 2,000 grants annually and operates in more than 140 countries worldwide.

The Hub recently checked in with three of JHU's current Fulbrighters, who are now about halfway through their time abroad. Through email, they shared updates on their projects and cultural experiences.

With an English Teaching Assistantship award, Parra is based at the Universidad Tecnológica Regional del Sur in Tekax, Mexico, where he leads lessons in English grammar and conversation. 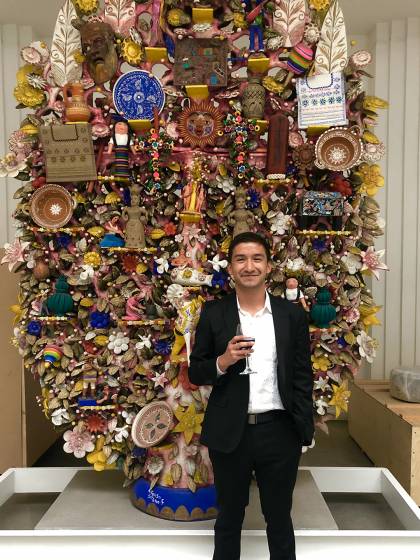 Parra, who graduated from Hopkins in 2019 with a degree in neuroscience, says he's absorbing a culture steeped in Mayan heritage: "Many of my students understand and speak Maya and have taught phrases to me; many families sleep in traditional huts called palapas; and many of the traditional foods are cooked in the pibil style, meaning they're cooked underground."

Through a local municipal office, Parra is also helping to start community gardens in the area, working with a group of about 10 women who signed up to receive nutritional assistance. On the weekends, he's been exploring the food and pleasures of the Yucatán Peninsula, including the capital city of Merida and nearby beaches.

Living in Mexico as a Colombian-American, Parra writes, "has put my experience as a Latino into perspective. Although the food is different and the slang is unfamiliar, there are so many times where I have come to unexpectedly feel at home … which I believe highlights the beauty of the multicultural Latinx experience in the States."

After graduating from Hopkins in 2018 with a degree in political science, Durrani is now in Brighton, England, working toward her master's degree in migration studies at the University of Sussex. With a Fulbright UK Partnership Award, she spends her days learning from experts in the field on topics including indigenous rights and migration governance. 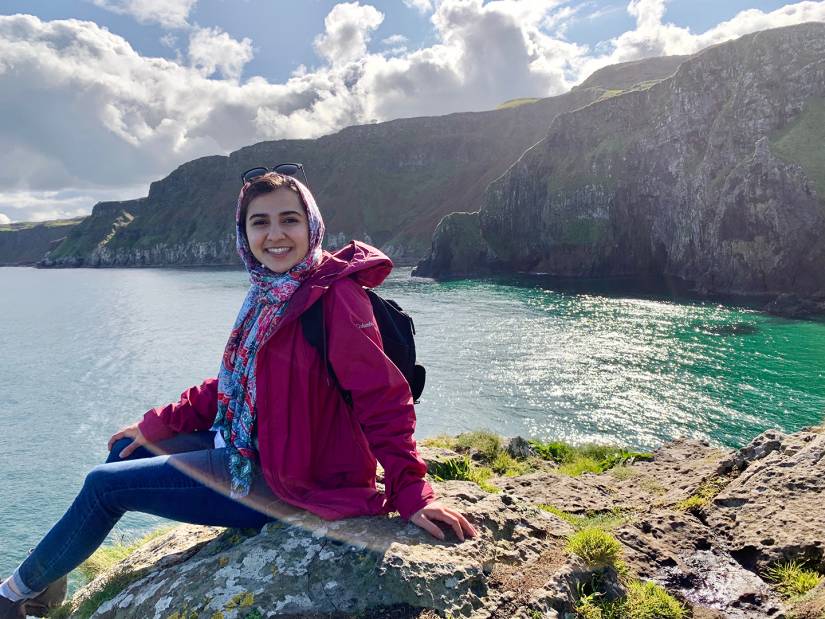 Arriving in the UK right "in the midst of the Brexit chaos," Durrani writes, she quickly became versed in the country's internal politics as well as the larger workings of the European Union. She recently was selected by the UK Fulbright Commission to attend the annual EU-NATO Seminar—an illuminating trip that she says gave her "a much more global view of the world."

In the coastal, refugee-friendly city of Brighton, Durrani enjoys "a gorgeous sea view from my window" and getting coffee in The Lanes, "a little maze of small shops," she says.

Beyond her classwork, Durrani says the Fulbright "has given me the freedom to really explore academically. … I have the time and autonomy to pursue the things I'm really curious about."

With a Fulbright-Fogarty Award in Public Health, Ogale is spending her year in the rural area of Rakai, Uganda, studying local attitudes on sexually transmitted infections. With a small team from the Rakai Health Sciences program, she's conducting a mixed-methods study on treatment-seeking behavior for STIs as well as the acceptability of self-swabbing for STI testing. 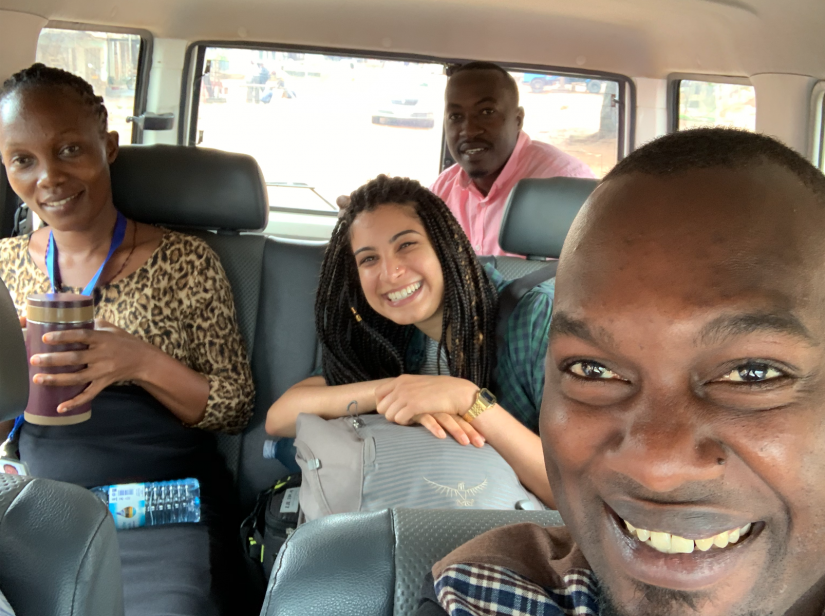 Ogale, a Hopkins PhD candidate in international health, has split time between her research site in Rakai and the Ugandan capital city of Kampala, where she meets with researchers and attends talks at the local university.

Having traveled to Africa in the past, Ogale says she hasn't experienced so much a culture shock but a "learning curve" while living in East Africa for the first time and "standing out as a foreigner." In her free time she takes dance classes and singing lessons, and spends time at the gym.

JHU students and graduates can find more information on the Fulbright application process on the website of the university's National Fellowships Program. 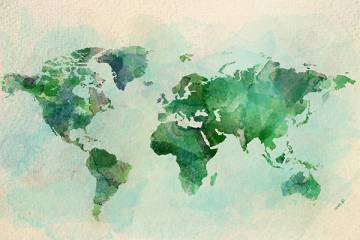 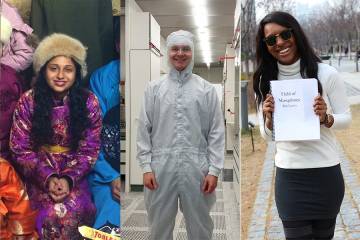 Published April 18, 2019
Johns Hopkins has ranked among the nation's top producers of Fulbright students for the past decade