Envisioning a life together 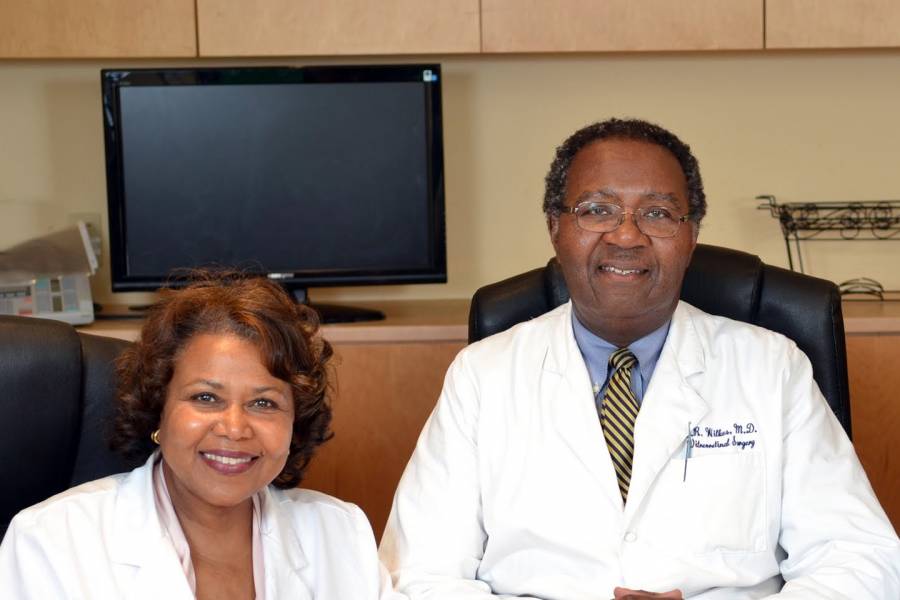 When Jettie M. Burnett and Shelby R. Wilkes first caught each other's eye at a dean's reception in the fall of 1971, they exchanged pleasantries and chatted a bit about their studies in the Johns Hopkins University School of Medicine. Little did they know it was the beginning of a partnership that would encompass all aspects of their professional and personal lives.

The two were among eight black students in the Class of 1975 at the medical school. In those tense times—the Civil Rights Act had passed less than a decade earlier—the black medical students were a tightknit group, drawing support from each other in the face of discrimination. Wilkes and Burnett were among the founding members of the Black Student Union, and soon discovered they had a deeper connection.

"We gradually started talking more and more outside our group of friends and started feeling like there was more going on than just friendship," Wilkes said.

After the pair started dating, they discovered another shared interest—ophthalmology. Both chose the specialty independently. "We decided we really owed it to ourselves to pursue our passions," Burnett said.

"We gradually started talking more and more outside our group of friends and started feeling like there was more going on than just friendship."
Shelby Wilkes
School of Medicine, Class of 1975

The couple married in 1979 and together accepted fellowships at Harvard University's Massachusetts Eye and Ear. He specialized in surgery and diseases of the retina and vitreous; she focused on the cornea and external eye disease. A speech at Harvard by the then mayor of Atlanta led the couple to decide to open a practice there, establishing Atlanta Eye Consultants P.C. in 1983.

Wilkes and Burnett grew their practice as they grew their family. They juggled baseball practices, swim classes, and PTA meetings for their two sons as they added a second location for their practice and later, a surgery center. Wilkes' brother, Martin F. Wilkes, also an ophthalmologist, joined the practice. "It's very demanding having a career in medicine, and it's also very demanding raising kids," Burnett said. "The funny thing now is that it feels like it just went by in a blink because we were just so busy all the time."

The couple's older son, Martin Wilkes, shares his parents' interest in ophthalmology and is now a vitreoretinal surgeon practicing in Ohio. Their younger son, Andrew Wilkes, is a minister and is currently pursuing a doctorate in political science at New York University.

Burnett and Wilkes share a deep conviction in the importance of giving back. Both are very involved in their church: He serves as a deacon, and she developed a rites of passage program for teens.

Several years ago, the couple created an endowed fellowship at the School of Medicine to support students from Mississippi, Georgia, or Virginia. "We were recipients of aid when we were at Hopkins," Burnett said. "We realize that these gifts add up. They can make it possible for someone to attend medical school who might not otherwise have been able to."

The couple has received letters from several recipients of the scholarships, Wilkes said, and they enjoy hearing about the students' progress in medical school. "The really satisfying thing is when you can look back and say you really have made a difference," he said.