Vinay Ayyappan, a Johns Hopkins senior majoring in biomedical engineering, has won a Churchill Scholarship to study at the University of Cambridge in England.

Awarded by the Winston Churchill Foundation of the United States, the scholarship supports science, mathematics, and engineering students from the United States as they complete a master's degree program at Cambridge. The scholarship is valued at about $60,000 and includes living and travel stipends as well as tuition for the program, which ranges in length from nine months to one year. Students are selected based on their academic achievements, extracurricular interests, and dedication to research. 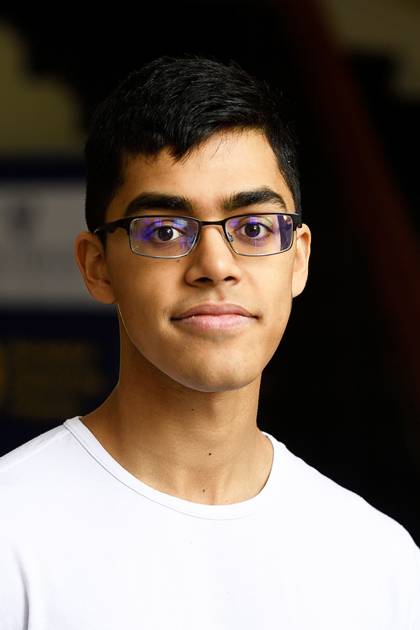 Ayyappan, who received a Goldwater Scholarship in 2019 and is a two-time recipient of the Astronaut Scholarship, is one of 15 students to receive the Churchill Scholarship. While at Cambridge, he plans to build upon his work at Hopkins, researching imaging techniques to create more accurate models of cancer progression while pursuing a Master of Philosophy degree in medical science.

"This has been something I've been researching since my freshman year, and the entire field has been pretty much developed by just a few researchers at Cambridge," Ayyappan said. "It's a great opportunity to push this technology into the clinic as opposed to just being used for pure research."

"In the time I have directly worked with him, Vinay has demonstrated outstanding analytical skills and an uncommon ability to see the big picture," Barman said.

Ayyappan's interest in researching cancer progression dates back to high school, when a close friend and teacher were both diagnosed with the disease. In addition to his work in the classroom, Ayyappan serves as the president of the Johns Hopkins chapter of Engineering World Health and volunteers at the Johns Hopkins Children's Center, where he spearheaded a project to help patients keep up with school work through the help of Johns Hopkins undergraduates.

Ayyappan hopes to use the experience gained during his year at Cambridge to build toward his goal of becoming a physician-engineer at a research hospital.

"I'm really motivated to try and play whatever role I can in this effort to contribute to a cure, or at the very least, understand how cancer works," Ayyappan said. "I'm excited to experience the unique academic environment in the U.K." 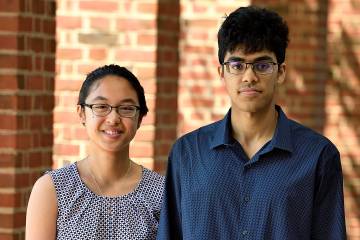 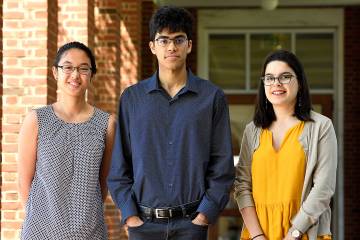 Published May 3, 2019
They are among 496 winners selected nationally for award that recognizes student achievements in STEM fields