In three decades at the institution, she has overseen a massive expansion of information technology services, support, and capabilities 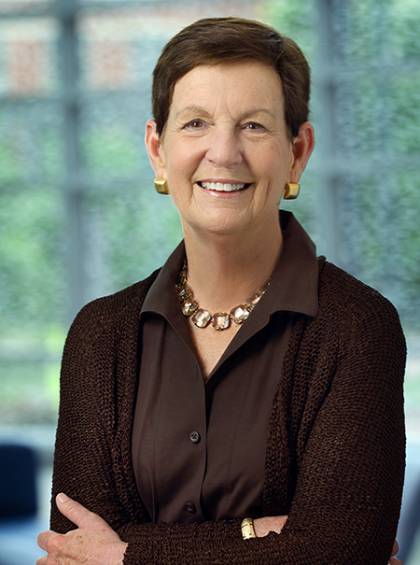 Image caption: Stephanie Reel joined Johns Hopkins in 1990 and has served as chief information officer for both the university and health system since 1998.

"Throughout Stephanie's tenure, information technology has continued to evolve and Johns Hopkins' needs for innovative solutions have grown," they added. "Stephanie and her team have been committed to leveraging the power of emerging technologies and have cultivated strong, collaborative relationships to meet these needs."

Reel plans to retire on July 1.

"Johns Hopkins is not just a great institution; it is a good one. And it is good because of the people who work and study here," she said.

"Johns Hopkins has played a central role in some of the most profound moments in people's lives. I am grateful for the leadership opportunities that may have helped shape a few of those moments."

During her tenure, Reel grew what began as a small team of 75 serving the university and health system to a group of more than 1,300 people who deliver information technology services and solutions—including networking; telecommunications; and clinical, research, and instructional technologies—24 hours a day, seven days a week to Johns Hopkins faculty, staff, and students.

Among her many achievements, Reel was instrumental in the expanded and enhanced use of electronic patient records at Johns Hopkins Medicine, a process that involved the aggregation of data from more than 100 distinct systems into a consolidated view of a patient's record. That project created the Epic Medical Record System and paved the way for the successful launch earlier this year of the Johns Hopkins Precision Medicine Application Platform, which facilitates big data research across the enterprise and equips care providers with tools and information needed to improve patient care.

She was named a Premier 100 IT Leader by Computerworld in 2013, a Hall of Fame Honoree by CIO Magazine in 2012, and one of the Top 25 Leaders Driving the Healthcare IT Revolution by Information Week Healthcare in 2011. During Reel's tenure, Johns Hopkins has been honored for innovation in information technology by the Smithsonian Institution and Healthcare Informatics, and Computerworld named the institution a "Best Place to Work in Information Technology."