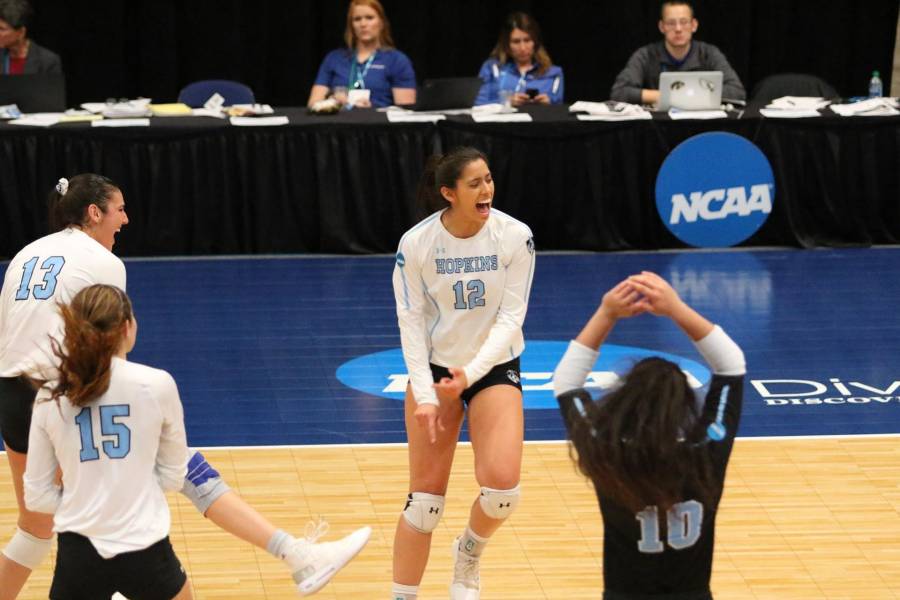 Making the program's first appearance in the NCAA quarterfinal matchup, the Blue Jays (33-0)—seeded No. 2 among the eight remaining teams—made quick work of the Bennies (26-6). They won a back-and-forth first set 25-22, prevailed 25-17 in the second, and rolled to a 25-14 win in the third.

Hopkins has now won 38 consecutive sets, a remarkable run that spans more than 12 matches and dates to a win against Stevenson on Oct. 17. 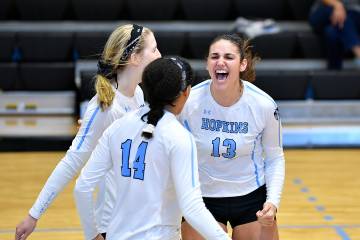 The Johns Hopkins volleyball team has steamrolled through its season to date, but the NCAA Division III tournament promises to put this tightknit group and its pursuit of a perfect season to the test.

With the win, JHU advanced to today's semifinal round, where it will face sixth-seeded Trinity University of Texas. The two teams will square off at 8:30 p.m. EST for a spot in the national championship game; a live broadcast will be available at NCAA.com Complete NCAA DIII volleyball tournament bracket

JHU was stellar defensively, stymying the Bennies' All-American duo of Hunter Weiss and Madison Weiss. The two entered the match averaging just over seven kills per set between them, but the Blue Jays limited them to just 10 combined kills on 29 attempts for the match.