Hopkins heads back to Final Four with overtime win 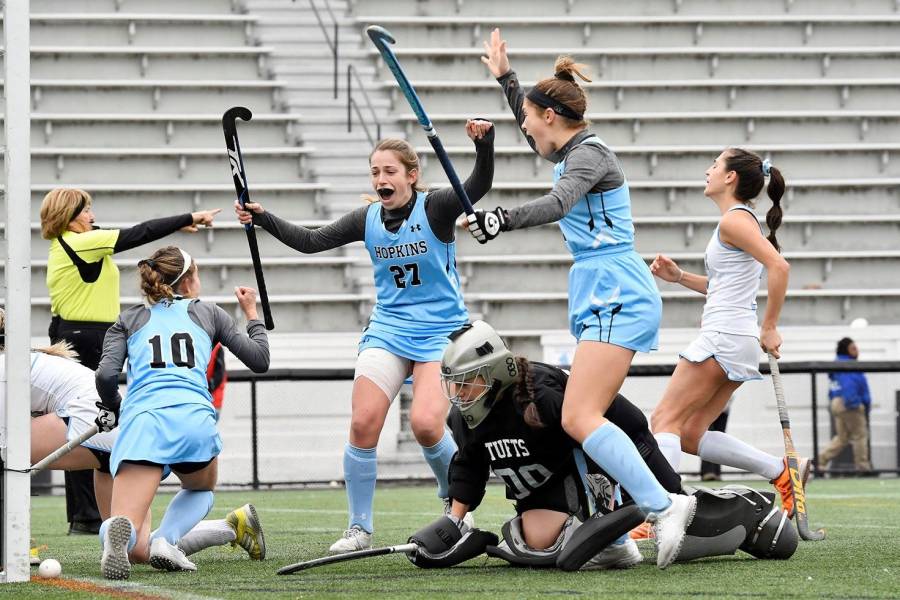 Image caption: An overtime goal by Izzy Thompson (10) lifted Johns Hopkins to a 2-1 victory against Tufts and secured the Blue Jays spot in the NCAA DIII semifinals for the second consecutive season.

One year to the day that the Johns Hopkins field hockey team lost in the NCAA Division III semifinals, the Blue Jays punched their ticket back to the Final Four with a dramatic win over the same team that ended their postseason run a year ago.

Less than a minute into overtime, JHU sophomore Izzy Thompson redirected a bouncing shot into the back of the cage to give the fifth-ranked Blue Jays a 2-1 against No. 4 Tufts at Homewood Field on Sunday afternoon. Last season, the Jumbos topped JHU 3-1 in a national semifinal and finished as national runners-up. 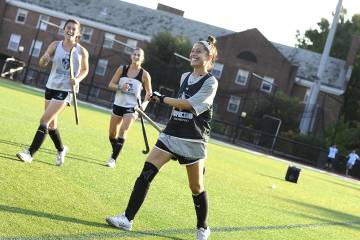 After a scoreless first half Sunday, Hopkins struck first on a goal by Katie McErlean, her team-best 14th of the season. McErlean scored on a one-timer of a feed by Maddie Brown-Scherer.

Tufts (15-5) got even midway through the fourth quarter on a penalty corner play, with Beth Krikorian delivering the scoring strike.

That set the stage for Thompson's overtime heroics. Again, it was Brown-Scherer with the assist, as she sent a bounding ball past two defenders and the Tufts goaltender. Thompson darted to the back post and slammed the ball into the cage to secure the victory.