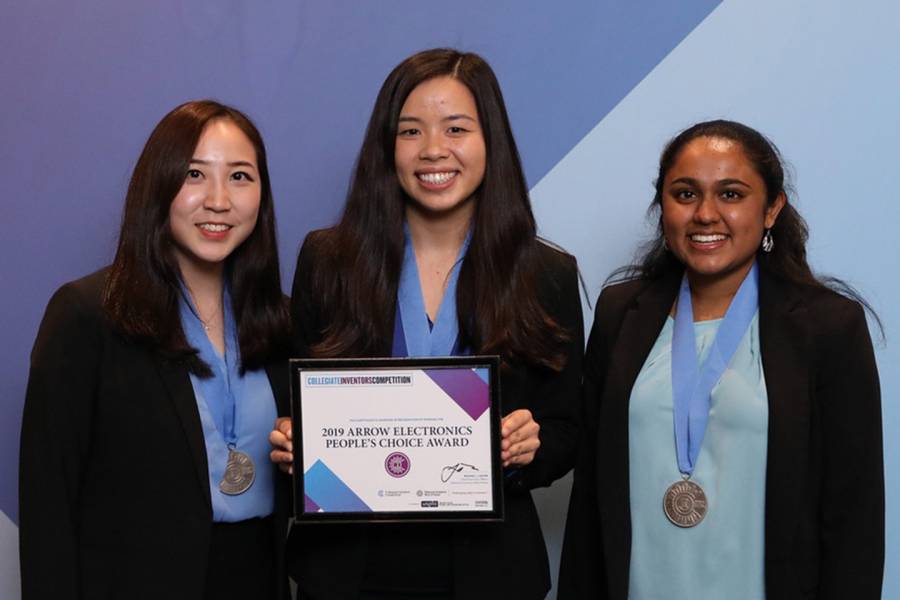 Image caption: The Relavo team was represented at the Collegiate Inventors Competition by (from left) Eugene Oh, Sarah Lee, and Tejasvi Desai

Relavo, a startup founded and staffed by a team of Johns Hopkins students, was named the undergraduate runner-up at the Collegiate Inventors Competition in Alexandria, Virginia, on Wednesday. Their device, PeritoneX, protects patients with kidney failure from developing infections during at-home peritoneal dialysis treatments.

Established in 1990, the Collegiate Inventors Competition is a program of the National Inventors Hall of Fame and is sponsored by the U.S. Patent and Trademark Office. Five undergraduate teams and five graduate teams from colleges and universities across the U.S. were selected as finalists in the competition and invited to present their devices to a panel of judges, which included inventors and USPTO officials.

"It was amazing to present our work to a panel of such highly esteemed judges who were genuinely interested in our inventions," said Sarah Lee, Relavo's founder and team leader. "It was also inspiring to meet the other finalists and see all of the amazing things that they created. The National Inventors Hall of Fame put on a great competition and provided us with valuable mentors and opportunities to learn from the best inventors in the world. All in all, I loved presenting my work there, and was so inspired by the experience."

Relavo's runner up prize carries with it a $5,000 honorarium. The team was also voted the Arrow Electronics People's Choice Award winner and received an additional $1,500.

The winning undergraduate design was the Positively Engaged, Infinitely Variable Transmission, an electric vehicle transmission that combines the torque of gear-based transmissions with the efficiency of continuously variable transmissions. That design was presented by University of Nebraska–Lincoln student Ethan R. Brush. The winning graduate team, from the Massachusetts Institute of Technology, was Infinite Cooling, a system designed to ionize and collect water from the cooling towers of power plants to be reused as industrial and drinking water. The graduate runner-up team from the Mayo Clinic Alix School of Medicine and the University of Washington developed a device called Nanodropper, a universal adapter for eye drop medication bottles. 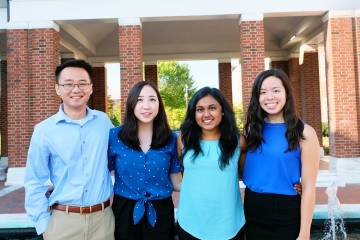 Published Oct 29, 2019
Student startup Relavo is among the finalists at the National Collegiate Inventors Competition 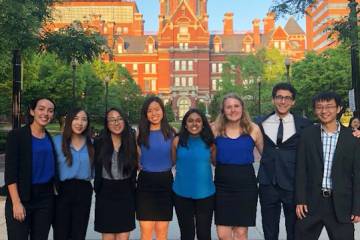 Published April 12, 2019
Biomedical engineering undergrads raise more than $25,000 in cash prizes from competitions, grant programs, and incubators for their design