Fighting like a mother: Activist Shannon Watts on guns, elections, and the NRA's waning influence 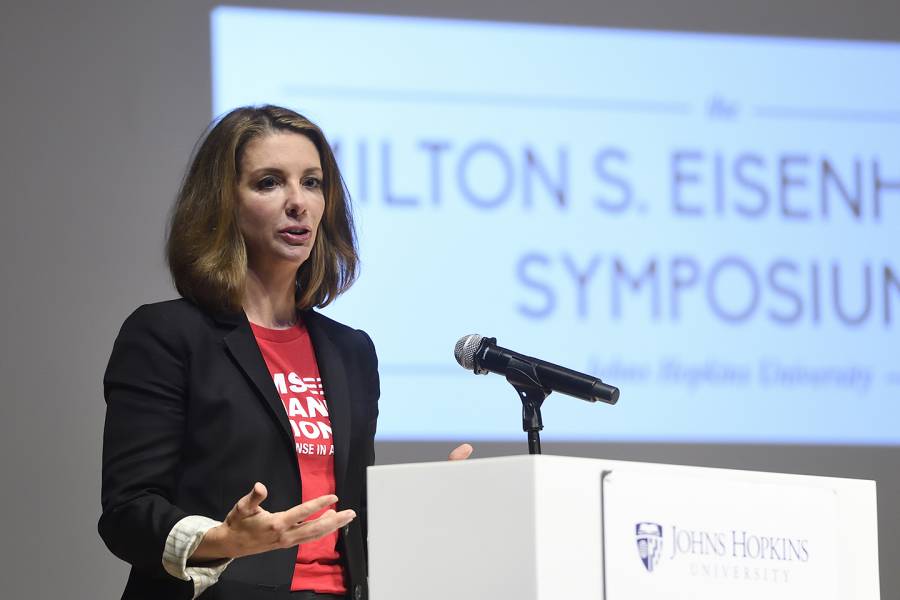 Shannon Watts is hopeful about the 2020 elections. The activist mom—founder of the nation's largest grassroots movement to prevent gun violence—says she's heartened by the fact that it's no longer in vogue for politicians to kowtow to the National Rifle Association.

"All the candidates running for president are competing to see who can be best on this issue," said Watts, whose group, Moms Demand Action, rates candidates on their positions on gun safety. In the past, "you had to pretend you were a duck hunter or a skeet shooter," she said. "You had to bend your knee to the gun lobby."

Watts visited Johns Hopkins University on Wednesday night to deliver the first talk of this season's Milton S. Eisenhower Symposium. Watts, author of Fight Like a Mother, told the story of how she launched her movement and the struggles and victories she's had since.

"I know it sometimes feels like this cathartic moment in Congress won't happen. But I want to be clear that so much has happened since Sandy Hook."
Shannon Watts
Founder, Moms Demand Action

The effort was born in the wake of the Sandy Hook Elementary School shooting in Newtown, Connecticut, in 2012. Watts, then a stay-at-home mother of five in Indiana, looked for an activist group on gun safety akin to Mothers Against Drunk Driving, and came up empty. So she started her own Facebook group.

Seven years later, Moms Demand Action—part of the Everytown for Gun Safety organization—has evolved into a potent national force for shaping protests, legislation, and even political platforms. Last November, the nonprofit outspent the NRA in the elections and helped boost 16 of its own volunteer members to elected seats—"everything from city council to Congress," Watts said.

One of those candidates was Lucy McBath, a former flight attendant whose son was shot and killed at a gas station in Florida in 2012. McBath, now a congresswoman representing Georgia, has pushed for federal legislation to tighten background checks for gun purchases.

But statehouses are where Moms Demand Action volunteers tend to make the most headway, Watts said. For instance, the group has helped promote the passage of Red Flag laws—which call for the temporary removal of guns from people who are deemed a danger to themselves or others—in 17 states.

Watts acknowledged that victories at the federal level can still seem out of reach.

"I know it sometimes feels like this cathartic moment in Congress won't happen," she said. "But I want to be clear that so much has happened since Sandy Hook."

Hopkins sophomore Sam Bacon—who became became an activist on gun violence issues after his teacher was killed in Manhattan in 2017—said after the event that Watts has been an inspiration for him.

"Hearing her speak provides a blueprint for how we can enact change on a common-sense issue," he said. 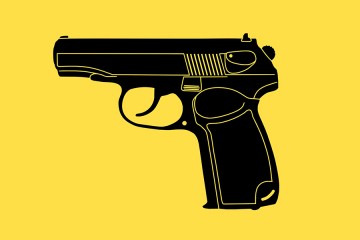