Bloomberg Distinguished Professor Lawrence Jackson launches Billie Holiday Project for Liberation Arts, an ambitious endeavor designed to document the history of African American life in Baltimore and foster intellectual ties between the university and the community 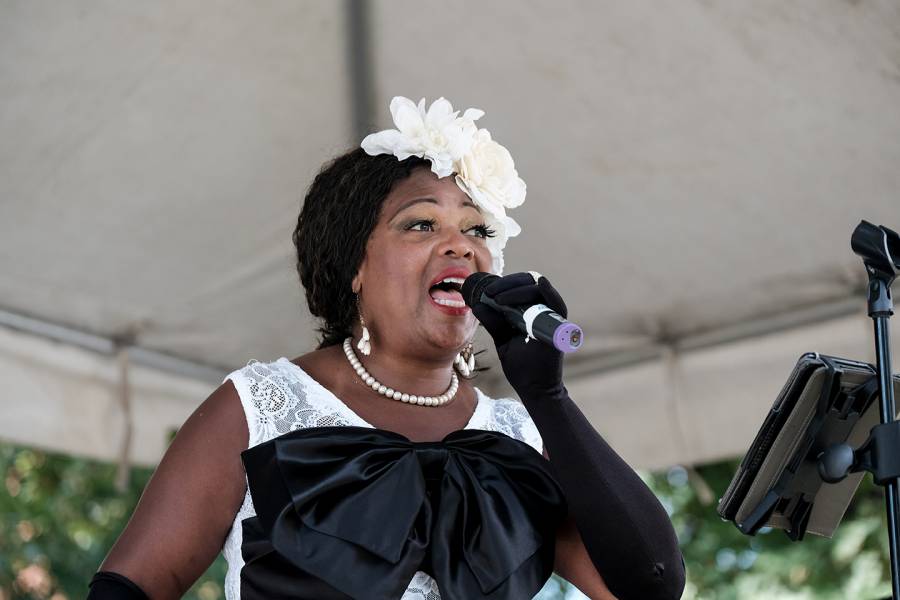 Credit: Courtesy of the Krieger School of Arts and Sciences

Lawrence Jackson wants to bring Johns Hopkins to the masses, in particular to the Baltimore masses. That's why the Bloomberg Distinguished Professor of History and English started the Billie Holiday Project for Liberation Arts.

When Jackson accepted the position at Hopkins after 14 years teaching at Emory University in Atlanta, it was a homecoming of sorts. Jackson grew up in Baltimore and still has family members—including his mother—who live there. Baltimore also has strong ties to two individuals that spark his research interests: Frederick Douglass and Billie Holiday. 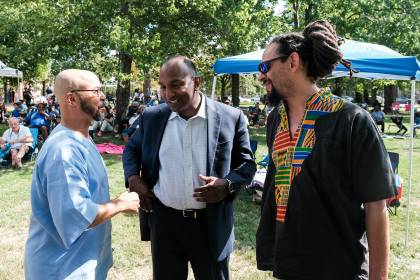 Image credit: Courtesy of the Krieger School of Arts and Sciences

The goals of the Billie Holiday Project are to document the history of African American life, literature, and art in Baltimore and to foster intellectual ties between Johns Hopkins and the historic areas of Baltimore.

Jackson recently received a university Discovery Award to conduct his work and build a team with partners from Peabody, the Bloomberg School of Public Health, and the Sheridan Libraries and Museums.

"We aim to create venues in the community and outside of campus to demonstrate our willingness to engage in a stronger relationship of sharing our mutual expertise," Jackson says.

All four efforts are under way, with the most recent evidence being the inaugural Billie Holiday Jazz Concert, held earlier this month in Lafayette Square Park in West Baltimore. Hopkins faculty, staff, and students mingled with close to 500 community members and listened to musicians, including members of Peabody's jazz faculty.

"With the successful launch of the jazz concert, our African American archives initiative, scholar residencies, and programming with city high schools, we hope to activate a permanent relationship between Hopkins and communities south and west of the Homewood campus," said Kali-Ahset Amen, associate director of the Billie Holiday Project and assistant research professor in the Department of Sociology.

Jackson, who has made digital map presentations about Holiday's early Baltimore life, emphasized the role of the Lafayette Avenue neighborhood to Holiday.

"Billie Holiday, who was born Eleanora Gagan, lived at 1421 Fremont St. and at 1325 Argyle Ave. near the square," Jackson says. "She was sexually assaulted at a young age on nearby Riggs Avenue. The Baltimore jazz music at Biddle Street's Galilean Fisherman's Hall and Pennsylvania Avenue's Royal Theater became the bedrock of her early tastes."

He adds that Frederick Douglass, whose life in Baltimore Jackson has also worked to memorialize in maps, attended the nearby Sharp Street Memorial United Methodist Church.

Jackson is perhaps best known for his research chronicling African American literary history. His most recent book, Chester B. Himes: A Biography, chronicles the life of the mid-century African American writer.

Jackson and Amen have also started the Donald Bentley Memorial Lecture, and noted playwright and actor Anna Deavere Smith will be inaugural speaker. Bentley was an up-and-coming young leader in Baltimore who was shot and killed during a robbery in 1989.

"We're looking to craft a new kind of public collaboration [with our work], one that acknowledges the existence of the racial barriers of the past and emphasizes the possibilities of access at our fingertips today," Jackson says. "The scholarship and research at Johns Hopkins today has the same corresponding high value to every Baltimore community as the city's people and rich heritage have to contribute to Johns Hopkins. We all flourish in mutuality." 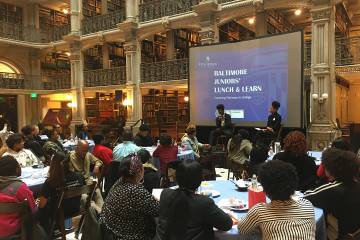 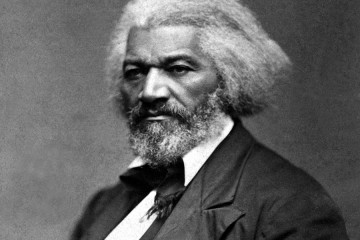