Steven Zucker, an internationally recognized mathematician and a professor in the Department of Mathematics at Johns Hopkins University, died Sept. 13 after a long illness. He had turned 70 the day before.

Zucker is best known for his work in algebraic geometry, and especially in the theory of L2 cohomology. In 1980 he formulated what became known as the Zucker conjecture, an influential conjecture that attracted widespread attention and was ultimately proved by Eduard Looijenga in 1988, and again by Leslie Saper and Mark Stern in 1990. 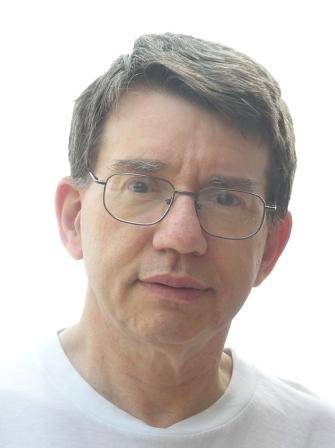 His Zucker conjecture was significant for its justification of the earlier Lefschetz theorem, one of the most important in algebraic geometry, said Patrick Brosnan, math professor at the University of Maryland, College Park, who met Zucker at a conference for graduate students in 1995 when Zucker gave a seminar.

"His way of running the seminar was unique," Brosnan said. "He was learning the material with us, and you could see him really thinking about it in a way that a lot of people hide, but it was out in the open and kind of inspiring."

The conjecture was an essential step in moving the field forward, said Phillip Griffiths, professor emeritus of math at Princeton's Institute for Advanced Study, who met Zucker as a graduate student at Princeton when Griffiths was on the faculty.

"It was not so much that there was an area of math that he opened up, as much as some very interesting and very difficult problems that he was able to solve," he said. "Those certainly helped to advance the field and influence the field.

"As a teacher," Griffiths added, "he was pretty demanding of his students, just as he was of himself."

Lizhen Ji, a math professor at the University of Michigan who published a paper with Zucker in 2012, said the Zucker conjecture was significant as a link between two seemingly unrelated areas.

"Why is math beautiful?" asked Ji, who frequented Chinese restaurants with Zucker during visits to discuss their collaboration. "One reason is that very often there are unexpected connections among different subjects. … The conjecture is related to symmetry; it's a beautiful connection between analysis and topology."

"He was very kind, encouraging, and generous in every possible way."
Kalyani Kansal
Mathematic doctoral student

Michael Harris, a math professor at Columbia, became friends with Zucker at Princeton, when Zucker was a graduate student and Harris was an undergraduate. In an email, Harris wrote that they spent hours talking, "often punctuated by sessions on the extremely out-of-tune piano on the first floor of the mathematics building." Zucker was passionate about music and loved sharing good music with others, Harris said.

"He was just as generous with his ideas," he added. "Our mathematical interests converged around the time I tried and failed to prove the Zucker conjecture. Our collaboration began at a bar in Ann Arbor where we had taken refuge from a heat wave during a two-week conference. … Steve's patience with my inexperience was infinite. I'm proud of what we accomplished during those years, and I know I would never have understood geometry in the same way without Steve's help."

David Cox, William J. Walker Professor of Mathematics, Emeritus at Amherst College, met Zucker in graduate school and went on to co-author a paper with him eight years later.

"Besides being a fine mathematician, Steve had a keen, ironic sense of humor," Cox wrote in an email. "He was also an excellent pianist and took some excellent photos, one of which (Mount Rainer) still hangs in my living room. I will miss him greatly."

Kalyani Kansal first met Zucker when—as a non-mathematician—she requested permission to enroll in his linear algebra course. He spent an hour discussing her request with her one weekend, and she entered the class.

"He was very kind, encouraging, and generous in every possible way, and it was a very rewarding class for me," said Kansal, now a doctoral student in the department. "And even later on, as I applied to the department to enroll as a graduate student and started my PhD, he was constantly on the lookout for me. I am extremely grateful to him."

In 2012, Zucker was named an inaugural Fellow of the American Mathematical Society. He served as director of the Japan-U.S. Mathematics Institute (JAMI) from 2005 to 2007; as a regular short-term visitor at the Hanoi Institute of Math and at National University of Singapore; as an official short-term visitor at Kyoto University in the mathematics department or at the Research Institute for Mathematical Sciences in 2002, 2006, and 2015; and as local organizer of the JAMI programs "Shimura Varieties and Automorphic Forms" in 2000-2001 and "Hodge Theory and Log Geometry" in 2004-2005, and of the Johns Hopkins conference "Hodge Theory and L2-cohomology" in 2014.