Pulitzer Prize-nominated journalist joins the university after 18 years at 'The Baltimore Sun,' where he has led the opinion section since 2009

Andrew A. Green, a veteran reporter and editor who has spent the past decade leading the opinion section at The Baltimore Sun, has been appointed vice president for communications at Johns Hopkins University. 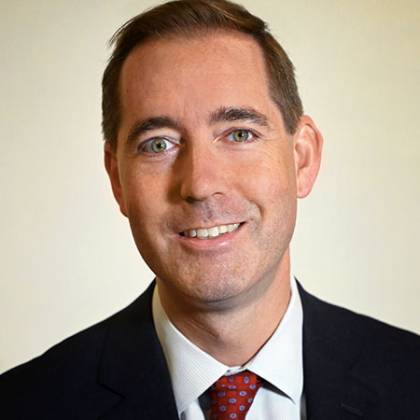 In his nearly two decades at The Sun, Green has earned a stellar reputation as a thoughtful, fair, and incisive journalist and newsroom leader. He has written extensively about Baltimore, Maryland, and contemporary issues, and he has been a finalist for a Pulitzer Prize for editorial writing. He will join the university on Oct. 1.

"We are thrilled to welcome Andy Green in this important role for the university," said JHU President Ronald J. Daniels. "A writer and editor of the highest caliber with a proven ability to lead in an ever-shifting communications landscape, Andy also brings broad and deep knowledge of our city and the critical issues of our time. And his expertise will play a critical role in conveying Johns Hopkins' unique role as a leading institution in Baltimore and around the world."

Said Green: "I'm truly grateful for the opportunity to join the leadership of Johns Hopkins, an institution whose importance to Baltimore and to the advancement of knowledge and innovation can't be overstated. It's a thrilling time at Hopkins, and I look forward to helping tell the story of its commitment to this community and its leadership in higher education."

Green has managed The Sun's opinion section since 2009, overseeing the writing, editing, and publication of editorials, op-eds, and letters to the editor both in the newspaper's print edition and online for an audience of more than 1.1 million weekly readers.

He was named a finalist for a Pulitzer Prize in editorial writing in 2016 for his articles on the unrest that followed the 2015 death of Freddie Gray in police custody and Baltimore's subsequent efforts to come to terms with the injustice and inequality that were its underlying causes.

Green leads The Sun's news internship program for student journalists, recently completed Tribune Publishing's highly selective executive leadership program, and is a member of the government affairs committee for the Maryland-Delaware-D.C. Press Association, helping the organization devise both proactive and reactive lobbying on the local, state, and federal levels on issues relevant to media, from public information laws to paper tariffs.

Before taking over as opinion editor in 2009, Green served for three years as The Sun's city and state editor, leading a staff of five editors and more than 30 reporters responsible for coverage of politics, crime, courts, education, medicine, science, and the environment in Baltimore and across the state.

Green joined The Sun as a reporter in 2001, covering state and local politics and elections. He earned a bachelor's degree in English and American Literature and Language from Harvard, where he also served as managing editor of The Harvard Crimson.