The center, believed to be the first and largest of its kind, will use psychedelics to study the mind and identify therapies for diseases such as addiction, PTSD, and Alzheimer's

A group of private donors has given $17 million to start the Center for Psychedelic and Consciousness Research at Johns Hopkins Medicine, making it what's believed to be the first such research center in the U.S. and the largest research center of its kind in the world.

Psychedelics are a class of drugs that produce unique and profound changes of consciousness over the course of several hours. The Center for Psychedelic and Consciousness Research will focus on how psychedelics affect behavior, brain function, learning and memory, the brain's biology, and mood.

"The center's establishment reflects a new era of research in therapeutics and the mind through studying this unique and remarkable class of pharmacological compounds."
Roland Griffiths
Director, Center for Psychedelic and Consciousness Research

"The center's establishment reflects a new era of research in therapeutics and the mind through studying this unique and remarkable class of pharmacological compounds," says Roland Griffiths, the center's director and professor of behavioral biology in the Department of Psychiatry and Behavioral Sciences and the Department of Neuroscience at the Johns Hopkins University School of Medicine. "In addition to studies on new therapeutics, we plan to investigate creativity and well-being in healthy volunteers that we hope will open up new ways to support human thriving."

"Johns Hopkins is deeply committed to exploring innovative treatments for our patients," says Paul B. Rothman, dean of the medical faculty at the Johns Hopkins University School of Medicine and CEO of Johns Hopkins Medicine. "Our scientists have shown that psychedelics have real potential as medicine, and this new center will help us explore that potential."

The center will provide support for a team of six faculty neuroscientists, experimental psychologists, and clinicians with expertise in psychedelic science, as well as five postdoctoral scientists. 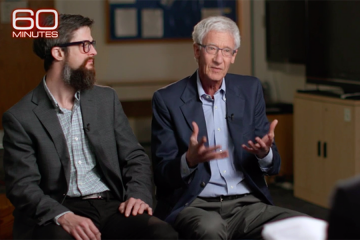 Scientists Roland Griffiths and Matthew Johnson sit down with journalist Anderson Cooper to discuss the promise of psychedelics as a form of treatment for anxiety, depression, addiction, and more

"I am thrilled about this magnificent opportunity that has been provided by enlightened private funders," says James Potash, a professor and director of the Department of Psychiatry and Behavioral Sciences. "This center will allow our enormously talented faculty to focus extensively on psychedelic research, where their passions lie and where promising new horizons beckon."

In the absence of federal funding for such therapeutic research, the new center will rely on gifts from private donors. The center's operational expenses for the first five years will be covered by private funding from the Steven & Alexandra Cohen Foundation and four philanthropists: Tim Ferriss, author and technology investor; Matt Mullenweg, co-founder of WordPress; Blake Mycoskie, founder of the shoe and accessory brand TOMS; and investor Craig Nerenberg.

"We have to take braver and bolder steps if we want to help those suffering from chronic illness, addiction, and mental health challenges," says Alex Cohen, president of the Steven & Alexandra Cohen Foundation. "By investing in the Johns Hopkins center, we are investing in the hope that researchers will keep proving the benefits of psychedelics—and people will have new ways to heal."

The center's faculty will train graduate and medical students who want to pursue careers in psychedelic science, where there have historically been few avenues for career advancement.

"This represents the largest investment to date in psychedelic research, as well as in training the next generation of psychedelic researchers," says Ferriss, whose podcast occasionally explores topics related to psychedelics and their therapeutics properties. "I sincerely hope this ambitious Johns Hopkins center will inspire others to think big and establish more psychedelic research centers in the U.S. and overseas, as there's never been a better time to support such important work."

In 2000, the psychedelic research group at Johns Hopkins was the first to achieve regulatory approval in the U.S. to reinitiate research with psychedelics in healthy volunteers who had never used a psychedelic. Their 2006 publication on the safety and enduring positive effects of a single dose of psilocybin sparked a renewal of psychedelic research worldwide.

Since then, the researchers have published studies in more than 60 peer-reviewed journal articles. Their research has demonstrated therapeutic benefits for people who suffer from conditions including nicotine addiction and depression and anxiety caused by life-threatening diseases such as cancer. It has paved the way for current studies on treatment of major depressive disorder. These researchers have also expanded the field of psychedelic research by publishing safety guidelines that have helped gain approval for psychedelic studies at other universities around the world and by developing new ways of measuring mystical, emotional, and meditative experiences while under the influence of psychedelics.

The group's findings on both the promise and the risks of psilocybin in particular helped create a path forward for the chemical's potential medical approval and reclassification from a Schedule I drug, the most restrictive federal government category, to a more appropriate level. Psilocybin was classified as Schedule I during the Nixon administration, but the team's research over the last decade has shown psilocybin to have low toxicity and abuse potential.

"This very substantial level of funding should enable a quantum leap in psychedelic-focused research," adds Potash. "It will accelerate the process of sorting out what works and what doesn't."

The Center staff members will include: 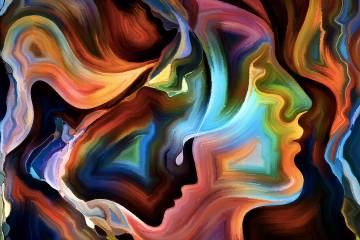 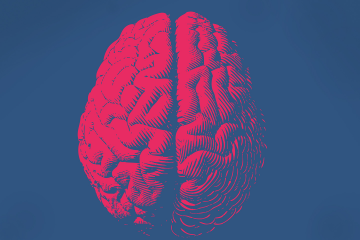 Why MDMA may help treat PTSD

Published April 4, 2019
In mouse study, MDMA is shown to reactivate a learning period for social rewards, allowing test subjects to form positive associations where none existed before