Two Johns Hopkins University researchers—Darrell Gaskin, a health economist in the Bloomberg School of Public Health, and Rebecca Schulman, a biomolecular engineer in the Whiting School of Engineering—have received the Presidential Early Career Award for Scientists and Engineers, awarded to outstanding scientists and engineers who show exceptional promise for leadership in science and technology. It is considered the U.S. government's highest honor for scientists in the beginning stages of their independent research careers.

Scientists and engineers are selected for their scientific leadership and their demonstrated commitment to public education and community outreach. The White House Office of Science and Technology Policy coordinates the PECASE with participating departments and agencies. 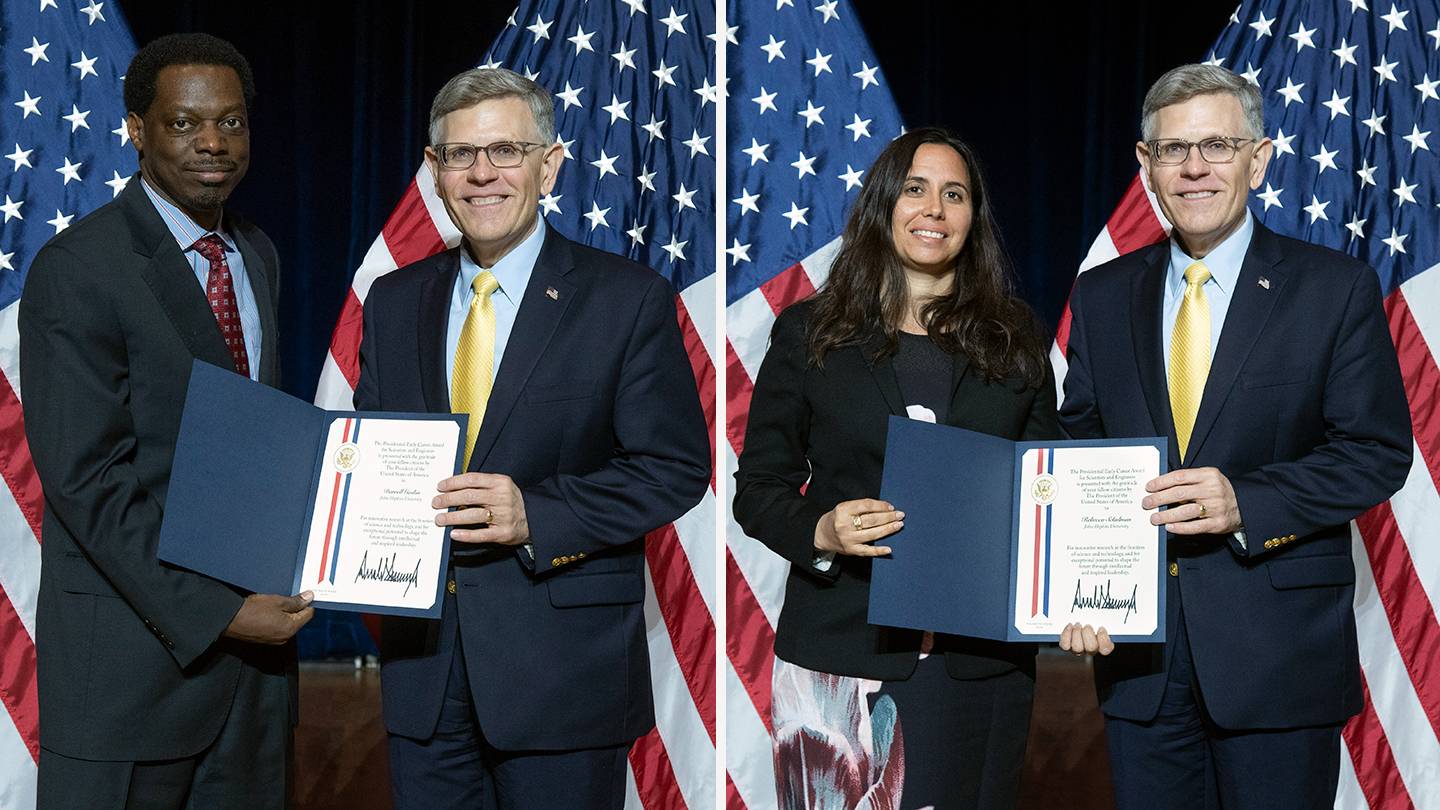 Image caption: Darrell Gaskin (left) and Rebecca Schulman were each photographed with Kelvin Droegemeier, a research meteorologist who is director of the U.S. Office of Science and Technology Policy

Gaskin is a professor in the Department of Health Policy and Management in the Bloomberg School and director of the Johns Hopkins Center for Health Disparities Solutions. Gaskin was originally interested in safety net hospitals, which primarily serve low-income or uninsured populations, but has expanded his research to focus on the barriers faced by vulnerable populations, such as low-income and racial and ethnic minorities, as they try to access health care. He specializes in understanding and addressing the place-based factors that affect the health outcomes of disadvantaged populations.

"Race and ethnicity, poverty status, geographic differences—these things shouldn't dictate health outcomes, but often they do," Gaskin says. "A lot of the differences we see in health care utilization and health outcomes are not caused by who people are, but rather where they are and the exposures and risks they face."

Through research and public partnerships, Gaskin seeks to develop and promote policies and practices that improve access to care for the poor, minorities, and other vulnerable populations. He currently leads a study funded by the National Institute on Minority Health and Health Disparities that evaluates a community-based intervention designed to help African American women between ages 40 and 75 with hypertension better control their blood pressure.

"Dr. Gaskin's work centers on a critical and sobering reality of America's health care system: the inequitable access to quality health care for disadvantaged populations," says Colleen Barry, chair of the Department of Health Policy and Management. "His contributions to the field have made powerful and important strides in the way researchers and policymakers work together to address these health disparities. We're extremely proud of him."

Schulman's research focuses on engineering materials and devices broadly inspired by biology. She's interested in understanding how to build devices in which biological molecules process information to control the device's behavior, making it possible for devices to have new capabilities such as repairing themselves after damage. Such insights, Schulman says, lay the groundwork for using biochemistry to engineer self-repairing or self-assembling materials for the future of electronics.

"Molecules are so simple, but collectively they do things that seem so complicated," Schulman says. "Thinking as an engineer about the specific function or behavior the molecules collectively direct—like healing or adaptation—can build upon thinking about how the molecular systems that demonstrate similar behaviors in cells work. It's a fundamental engineering challenge, and because we know very little about this area, it can be daunting. But it's also exciting."

Schulman's lab currently focuses on materials that use nucleic acids—such as DNA and RNA—which are effective at bonding, forming a kind of "programmable glue," Schulman says. By exploiting that bonding interaction, scientists may be able to create materials and devices that rely on other types of molecular interactions.

"Rebecca Schulman is helping to create previously unimaginable structures from synthetic DNA that will help redefine the field of soft materials and robotics," says Paulette Clancy, chair of the Department of Chemical and Biomolecular Engineering.

The PECASE award winners were honored in a ceremony held Thursday, July 25 at Constitution Hall of the Daughters of the American Revolution in Washington, D.C. 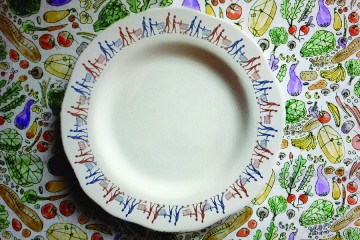 Published Spring 2014
When it comes to having healthy food options in a neighborhood, the racial composition matters. / Johns Hopkins Magazine 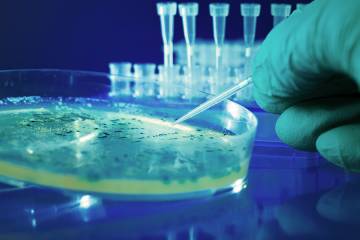 Major dough for researcher making computers out of yeast