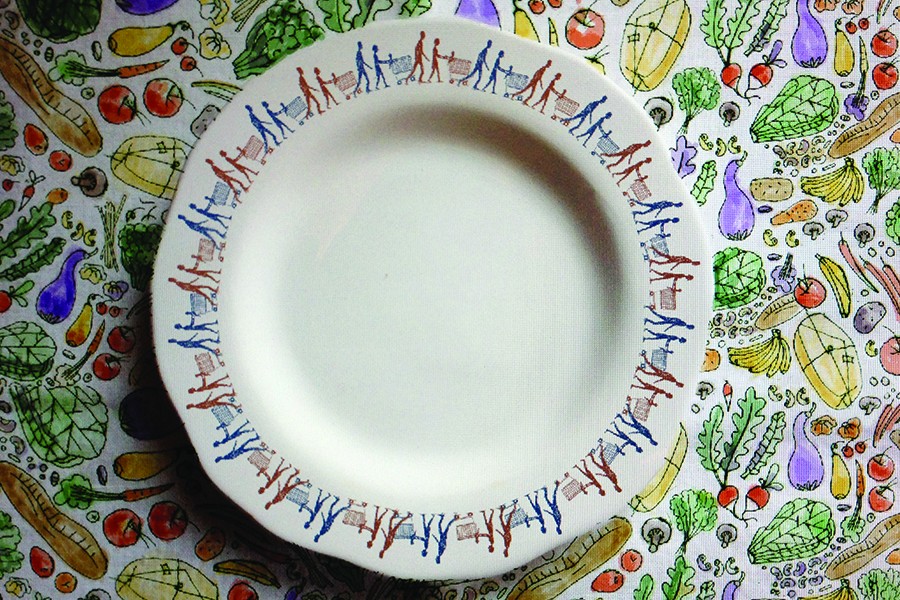 "Food deserts"—areas in which residents are hard-pressed to find affordable, healthy food—are part of the landscape of poor, urban neighborhoods across the United States. With few supermarkets or farmers markets, it's easier to find a Slurpee than a smoothie, cheaper to get the Big Mac meal than grab dinner at a salad bar.

The link between poverty and food availability has been well-documented since the mid-1990s, but according to new research by Kelly Bower, an assistant professor at the School of Nursing, a neighborhood's income isn't the only barrier to obtaining healthy food. When comparing communities with similar poverty rates, she discovered that black and Hispanic neighborhoods have fewer large supermarkets and more small grocery stores than their white counterparts. Bursting with junk-food options, these smaller establishments rarely offer the healthy whole-grain foods, dairy products, or fresh fruits and veggies that a supermarket would provide. When it comes to having healthy food options, says Bower, "the poverty level of a neighborhood certainly matters, but even beyond poverty, the racial composition matters."

Thirteen years ago, as a new public health nurse in Baltimore, Bower worked for a housing program that served uninsured women as they recovered from substance abuse. She was surprised by how many young African-American women were at risk for cardiovascular disease. "These women were obese, with diabetes or hypertension at really young ages, in their 30s," says Bower, who noticed that the women lived in unsafe neighborhoods, often with no parks, gyms, or supermarkets, where the convenience stores sold junk food. Add to that their reliance on public transportation, responsibility to care for and support their children, and their struggle to stay substance-free, and "even if they wanted to make healthy choices, their circumstances made it very difficult for them to do so."

Bower wanted to better understand the problem, so—as a part-time public health doctoral student and a full-time nursing faculty member—she dove into the data with colleagues Roland Thorpe Jr., Charles Rohde, and Darrell Gaskin from the Bloomberg School of Public Health. The study formed the basis of their recently published Preventive Medicine article and of Bower's dissertation.

Bower and her public health colleagues decided to look at both poverty and race within census areas, hypothesizing that well-documented racial health disparities could be owing to differences in physical and social environments, including access to healthy food. Turns out they were right. Both poverty and race matter when it comes to having healthy food options.

Until healthy food becomes more abundant in all poor neighborhoods, Bower has a few suggestions. First, she says, health care providers should not only talk with patients about what to eat but also recommend sources for healthy food in their neighborhoods. Second, community initiatives such as farmers markets and mobile food vans can help fill the gap. In Baltimore, for example, the city has created a system for food desert residents to order food online. Launched in 2010 with support from an American Recovery and Reinvestment Act grant, the United Way of Central Maryland, the Aetna Foundation, and the Walmart Foundation, the Baltimarket program enables shoppers to place an online order for groceries. The groceries are then delivered to a nearby drop-off point—a library, senior living facility, or public housing site— and the Baltimore Health Department picks up the delivery fee.

The most important study implications, though, are policy-based, according to Bower. "Local policymakers should be looking at the quality of infrastructure in poor and minority neighborhoods to see if it could better support businesses," she says. "And they should think about ways to incentivize supermarkets to locate in minority neighborhoods."