Two Johns Hopkins undergraduate students, Vinay Ayyappan and Melissa Mai, are among 50 individuals from 36 U.S. universities to earn Astronaut Scholarships in recognition of their academic merit and promise in science, technology, engineering, or mathematics. 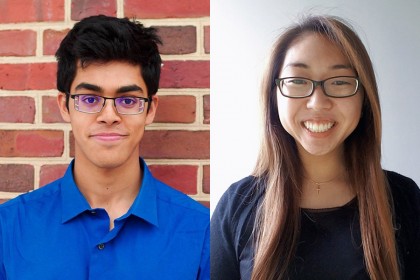 Ayyappan, a rising junior at Hopkins, first became interested in a career in science and medicine in high school, when two of his classmates and a teacher—Ayyappan's mentor—were diagnosed with and eventually died from glioblastoma, an aggressive form of brain cancer.

"That was when I realized that I could apply my love of science and harness it to make an impact in an area of great personal significance to me," Ayyappan says. "The area of cancer metabolism is definitely one of real interest to the scientific community, and it's one that I aim to be a part of for a very, very long time."

At Hopkins, Ayyappan, a biomedical engineering major, has worked on the molecular imaging of cancer and its metabolism of different chemical compounds such as creatine. He's worked with Kristine Glunde, a professor of radiology at the School of Medicine, and he's been a part of engineering teams developing biomedical devices that improve breast biopsy procedures in low-resource settings and that detect malfunctions in certain types of treatment for hydrocephalus.

"Ultimately my goal is to pursue an MD/Phd, and I have ambitions to continue my research not just during my time at Hopkins but into my graduate studies and my career as well," Ayyappan says.

Mai, who will begin her senior year this fall, is a biophysics and mathematics major. She discovered her passion for biophysics—which uses physics and other scientific approaches to study biological systems and organisms—during her sophomore year in a course she was initially intimidated to take.

"When I came into the class I was terrified because I didn't know any physics," Mai says. "But the material was so interesting—it was a really rewarding class, and it made me realize that this was the major for me."

She's worked in the lab of Professor Juliette Lecomte for two years and this summer will work in the lab of Assistant Professor Brian Camley. This fall, she will be a teaching assistant for a molecular biophysics course and says she eventually wants to get her PhD in biophysics and teach at a research institution. 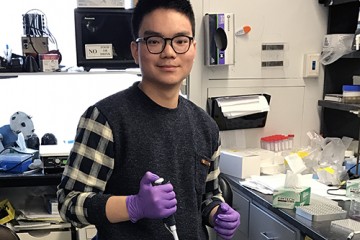 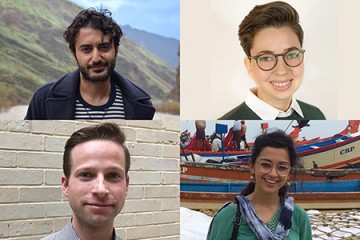