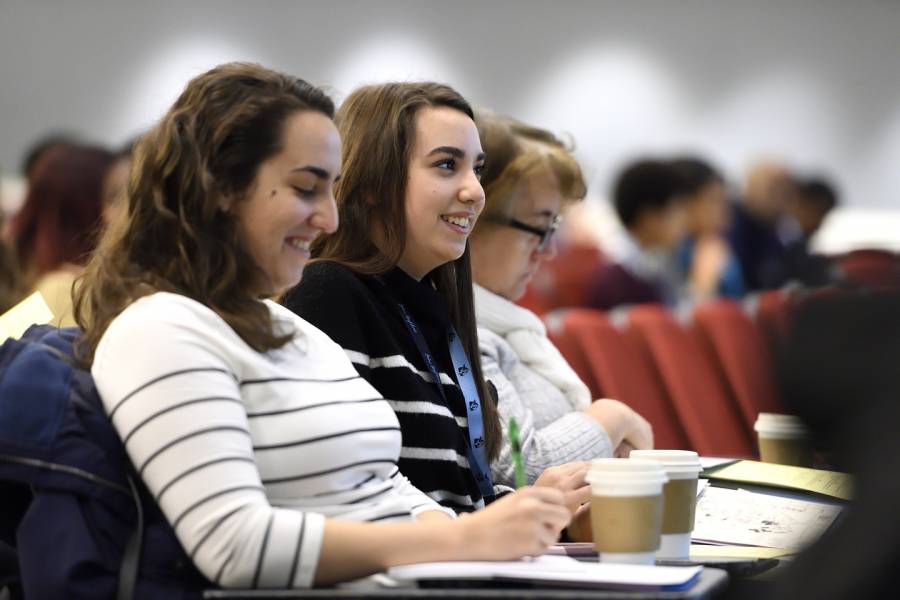 For Ariyan Sajid, engineering is the family business. His cousins are engineers, he said, and his uncles were among the engineers responsible for refurbishments made to the famous George Washington Bridge in New York.

"To drive across the bridge and to know that my family made it was so cool," he said. "I'm interested in a career where I can bring a vision to life."

Sajid, a sophomore at Eastern Technical High School in Baltimore, knows he wants to become a civil engineer. But like many other students his age, the rest of his plans for college are uncertain.

Sajid visited Johns Hopkins University on Saturday for the revamped Excel Youth Conference, hosted by JHU's Office of Admissions and Office of Financial Aid. The conference offered more than 200 prospective students from the Baltimore area—nearly half of whom identified as first-generation college-goers—and their parents a chance to visit the university's Homewood campus, participate in mock classes, learn about the application and enrollment processes, and hear about campus life directly from current students.

"The conference has been an annual event for some time, but we refocused the programming to be more experiential and interactive," said Ellen Kim, JHU's dean of undergraduate admissions. "We planned the conference in the hopes that we could show families that they can prepare academically and financially for a college experience that matches their student's talents and ambitions."

The daylong event, which drew students from 68 local high schools, began with a welcome address by Calvin Wise, director of recruitment for undergraduate admissions.

"The path to and through college is a confusing and sometimes daunting task," Wise said. "In our pursuit to enroll the most talented and diverse incoming class, we see it as a priority to help students unpack this process."

The students then broke into small groups to learn about applying to colleges and what admissions officers at Johns Hopkins look for in application materials, including personal essays. The afternoon was filled with information sessions on athletics, study abroad, and the Career Center.

Parents, meanwhile, listened to a panel of current Hopkins students discuss their experiences applying and enrolling at the university. The parents then split into small groups to go over college application case studies.

"While we understand that students will eventually end up at various college campuses across the country, we do believe that getting exposure to a college environment can help students figure out what they're looking for."
Ellen Kim
Dean of undergraduate admissions

Perhaps the most anticipated talk was the afternoon session on financial aid. Parents and students reconvened to discuss the aid packages available at Johns Hopkins, including support made possible by philanthropist Michael R. Bloomberg's recent and record-setting gift of $1.8 billion to make Johns Hopkins permanently need-blind. Because so many in the audience identified as first-generation college students, there was also a discussion of the First Generation Scholars Fund, which was endowed in 2017 by university President Ronald J. Daniels and his wife, Joanne Rosen.

"At Johns Hopkins, we aim to enroll the world's brightest minds—whether they are across the world or right here in Baltimore—to create a diverse student body that is actively engaged in all areas of academia and society," said Kevin Towns, associate director of financial aid. "To that end, significant investments have been made over the last decade to enhance the undergraduate experience, including toward undergraduate financial aid to ensure that Hopkins is an affordable option for talented and qualified students."

Joan Grice, whose daughter Rebecca is taking an accelerated courseload in order graduate a year early from Parkville High School, said the conference helped calm her nerves about the college application process. It also showed her how to create an action plan for her motivated and ambitious child.

She added that she was glad to hear from a group of students enrolled in the Baltimore Scholars Program, which offers financial aid packages to high-achieving graduates from Baltimore City Public Schools. Program participants discussed how the program enriched their undergraduate experiences.

"At one point I was afraid to let her apply to Hopkins because I was worried that kids from the city wouldn't get the same opportunities as other students," Grice said. "But Johns Hopkins is for everybody and welcomes everybody."

Making that kind of emotional breakthrough for local students and their families was part of the purpose of the conference, Kim said.

"While we understand that students will eventually end up at various college campuses across the country," Kim said, "we do believe that getting exposure to a college environment can help students figure out what they're looking for and decide whether that might be right here in their backyard." 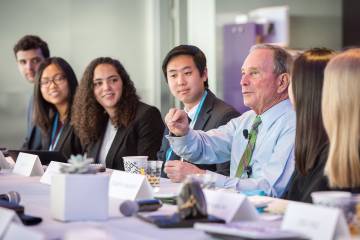 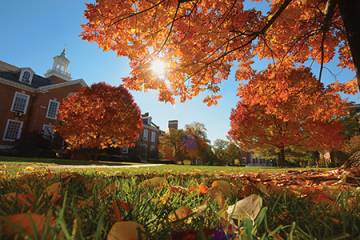