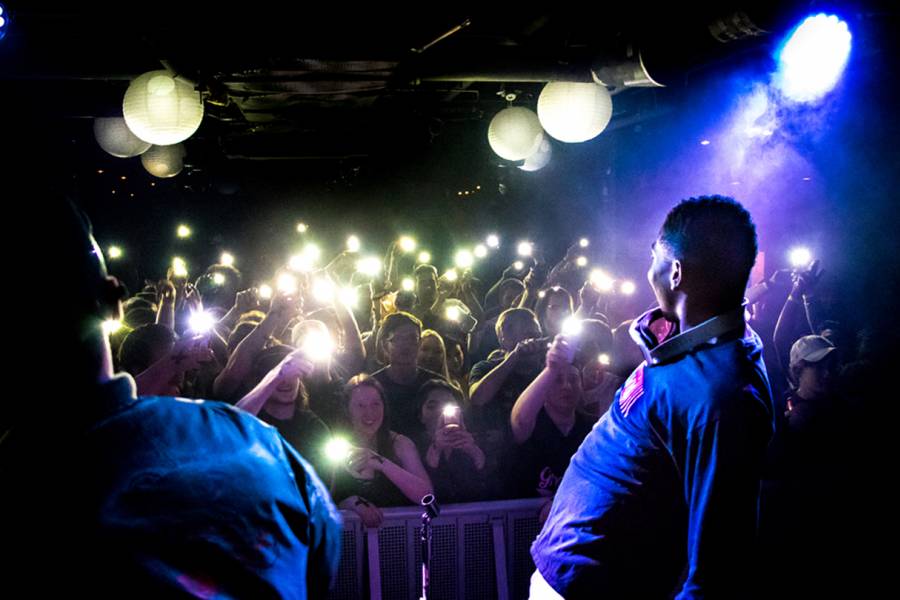 For Kristofer Madu, maintaining a global perspective isn't just part of being an international studies major. It's a way of life.

The Johns Hopkins University sophomore is also a recording artist with two hip-hop albums and dozens of singles and videos released under his stage name, Travis Karter. When not in class, he spends much of his time in the university's Digital Media Center, where he records, collaborates with other musicians, and mixes and produces his albums.

All proceeds from his streaming, record, and merchandise sales go to support Water Is the Answer, the nonprofit he founded in 2015 to help rural communities in Nigeria construct wells and boreholes to access clean drinking water. The organization helps scout communities in need, raise funds through online donations and sponsorships, and coordinate the construction of the well.

He says he's driven by a desire to change the way the world views poverty and to challenge the stereotypes assigned to that term. 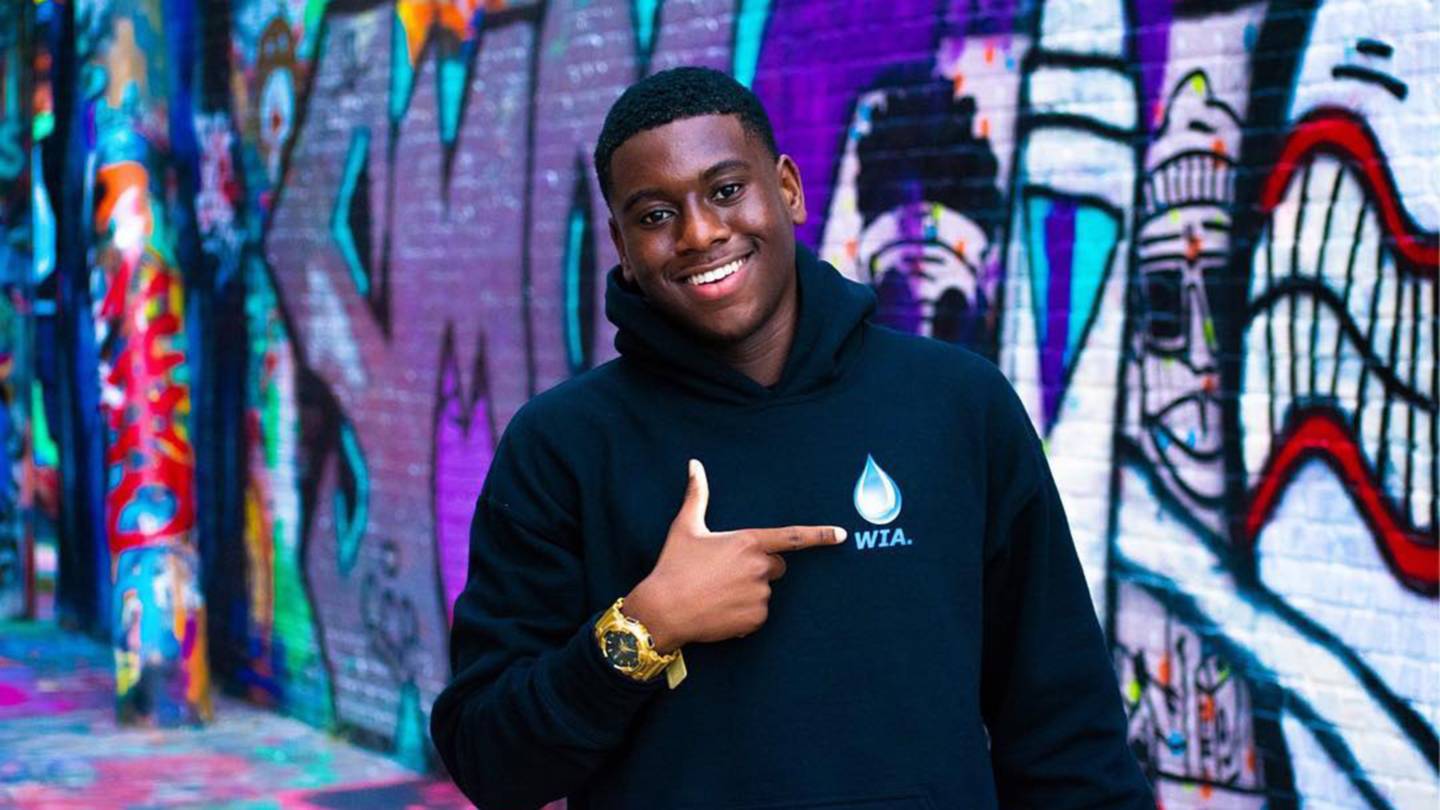 Image caption: Madu launched his nonprofit, Water Is the Answer, in 2015

"When we say 'poverty' or 'struggle' or 'strife,' there are often a lot of 'colored images' attached," Madu says. "We think of Africa, an emaciated child of color with his or her hand out. But this does not tell the full story. When we assign 'otherness' to problems that are global, it can cause us to fail to see the problems that are right in front of us—because our society has grown accustomed to telling a single story when it comes to poverty."

Born and raised in a multicultural household, Madu spent his childhood in Kingston, Jamaica, before returning to his birthplace in Nashville, Tennessee, for high school. He speaks four languages: English, Jamaican patois, Spanish, and Italian.

The Hub caught up with Madu to talk about music, humanitarian work, and shaking off labels to create your own journey.

Coming to Johns Hopkins has been one of the biggest steppingstones in my journey. One of the biggest keys to personal growth is surrounding yourself with people that inspire it, and the amount of intellectual diversity I come across here is insane. A friend says that iron sharpens iron, and I can confidently say that being constantly surrounded by so many brilliant people, I'm in an environment that constantly sharpens me. The stage I'm in now is that I'm a social entrepreneur trying to create ripples in the community that grow into a wave.

Your current outlet as a social entrepreneur is the nonprofit you founded, Water Is the Answer. How did the idea develop?

I started WIA in 2015. In a high school class that meant a lot to me (AP human geography), we were discussing the idea of "haves" and "have nots." Our textbook had vivid images of women and children in rural African villages carrying vessels of water on their heads. They might just be images of some faraway place to some, but for me, these images hit closer to home because I'd seen them firsthand.

I'm driven by the conviction that clean water is a human right. A child cannot learn if he or she has nothing to drink, or is dying of malnutrition or starvation. While water may be the beginning, I want to challenge larger systemic issues through WIA, like violence against women, malnourishment of children. These issues are very much related; in many areas without potable water, women and children wake up early and travel alone in the dark, when they are vulnerable to abuse and violence, to collect water that is often dirty.

As Travis Karter, you've released multiple songs and videos and you perform internationally. Tell us about your music.

Music drives me. Music, for me, started when I was 11. I was following in the footsteps of my older brother, Craig "Kingstunna" Hoo, who was an amazing producer and rapper. Craig was killed when I was 15. Things like that make this deeper than a dream for me. It's like in the Olympics where one torch lights another and that light carries forward; I'm carrying his torch as well as mine. I refuse to let either of our torches be diminished.

"It's like in the Olympics where one torch lights another and that light carries forward; I'm carrying [my brother's] torch as well as mine. I refuse to let either of our torches be diminished."

Music has played a big role for me in feeling a sense of belonging. A lot of times in my life I've felt like an outsider. I went to a majority white, Christian, conservative high school in the Bible Belt, and by my sophomore year, I realized that no matter how much I tried to fit in, I never would. That's when I realized that if you can't find a space to belong, you have to create one. Music became that space; I decided to create something bigger than myself, and that's when "Travis Karter" was born.

Even now, I sometimes feel like I'm on the outside looking in. My message with my music is that you shouldn't feel you have to change who you are to fit in. A lot of kids have been told or shown by society that who they are is weird, and I want to give a voice to them because being different is cool. I want kids who feel trepidation about living their dreams to know that no matter what they're told by society about their dream or their identity, dreams are there to be pursued.