Compounded pain creams and gels, marketed and prescribed for a variety of muscle and nerve conditions, work about as well as placebos, study shows 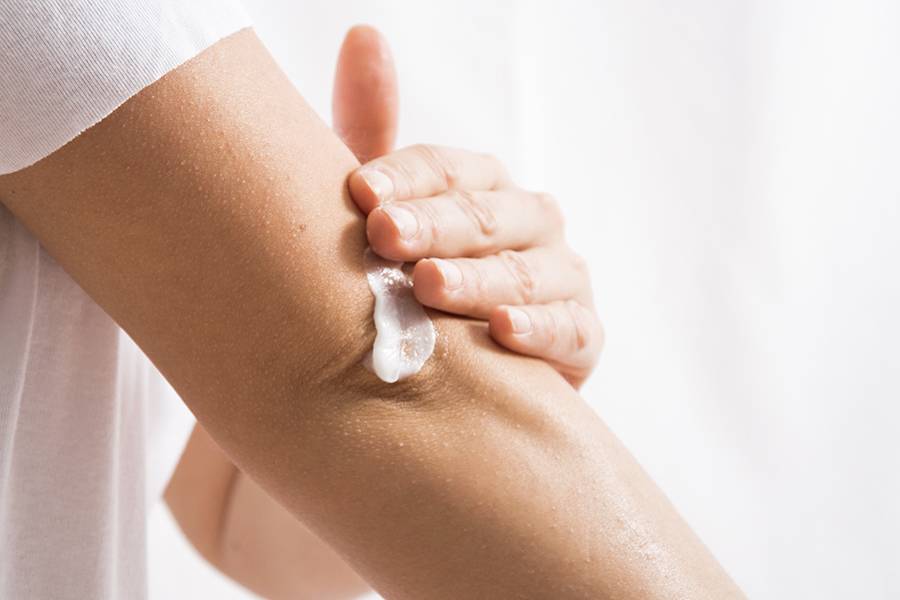 In an effort to reduce chronic pain, many people look for hope by paying $20 to thousands of dollars for a tube of prescription topical pain cream or gel. But results of a rigorous federally funded study mandated by Congress shows no statistically significant difference between relief offered by these creams and placebos, according to researchers at Johns Hopkins Medicine and Walter Reed National Military Medical Center.

A report of the study is published in today's issue of Annals of Internal Medicine.

"Our study of nearly 400 pain patients suggests that people who use these compounded creams and gels are being taken advantage of, because the scientific evidence to support a benefit is not there," says Steven P. Cohen, professor of anesthesiology and critical care medicine at the Johns Hopkins University School of Medicine. He also serves as the director of pain research at Walter Reed.

"Our study of nearly 400 pain patients suggests that people who use these compounded creams and gels are being taken advantage of, because the scientific evidence to support a benefit is not there."
Steven P. Cohen
Professor of anesthesiology and critical care medicine

Cohen says an estimated one-third of the adult U.S. population suffers from chronic pain, resulting in annual direct and indirect health care costs of about $600 billion.

Tricare, a government-managed health insurance plan covering some active duty and retired military personnel and their family members, reported it spent $259 million on compounded topical pain creams in fiscal year 2013, and the cost increased to $746 million in 2014. For the first month of 2015, the Department of Defense spent about $6 million per day on the medications. Similarly, the Medicare Part D program paid out more than half a billion dollars for the creams in 2015. The big spending and limited efficacy data triggered news reports and requests for investigations, say the researchers. Finally, Congress demanded evidence for the efficacy of the creams.

Cohen says the conceptual appeal of the creams is that they appear to be a safer way to get pain relief without the risks or side effects of potentially addictive or dangerous drugs that are usually given orally or by injection.

The compounded creams and gels generally contain one or more prescription or other anesthetic, analgesic, sedative, antidepressant, anti-seizure, or muscle relaxant drugs that are used to treat pain.

To explore the effectiveness of these creams, the researchers conducted a double-blind, randomized, and placebo-controlled study at Walter Reed from August 2015 to February 2018. The research involved 399 participants ages 18–90. Nearly 43 percent were active duty military personnel; the remaining participants were retired or dependents, such as spouses. More than half (51 percent) were female. All of the participants were patients at military treatment facilities and were eligible to use Tricare outside the military treatment facilities.

All of the participants had pain localized to specific areas: the face, back, buttocks, neck, abdomen, chest, groin, and/or up to two extremities.

During the week before the study, the average pain score for participants was 4 or greater on the 0–10 pain scale. The average duration for their symptoms was 6.7 years. Some of the patients had been treated with opiates in the past, but the percentage of those patients was not recorded.

Participants were instructed to apply the cream three times per day and to make entries in a pain diary twice per day, which contained average and worst pain scores. The diaries were used to determine the outcomes.

Cohen says that after the treatment period ended, the investigators found no statistically significant difference between the mean reduction in average self-reported pain scores for all patients in the treatment and placebo groups.

For the neuropathic pain group, there was a 0.1-point difference between the drug group (-1.4) and the placebo group (-1.3).

Cohen says that all participants improved slightly throughout the study, affirming the long-recognized placebo effect, which is generally stronger for pain treatment than for other medical disorder therapies.

The researchers think there was a tiny difference favoring the pain creams because they contained two substances—lidocaine and prescription non-steroidal anti-inflammatory drugs, particularly ketoprofen and diclofenac—that were shown in earlier randomized trials to be effective topically.

Cohen cautioned that the new study was somewhat limited in terms of applicability for specific conditions, in part because of the wide variety of medical conditions and pain disorders among the participants. In addition, capsaicin, a pepper derivative commonly used in lotions and creams for muscle pain, could not be used in the study compounds because the recognizable smell and application requirements would have undermined the double-blinding process that kept both caregivers and subjects unaware if they were getting active creams or placebos.

However, Cohen says, considering the high cost and relatively minor benefits from the creams, routine prescription and use of these compounded creams is not a good idea and does not move forward efforts being made toward high value health care.