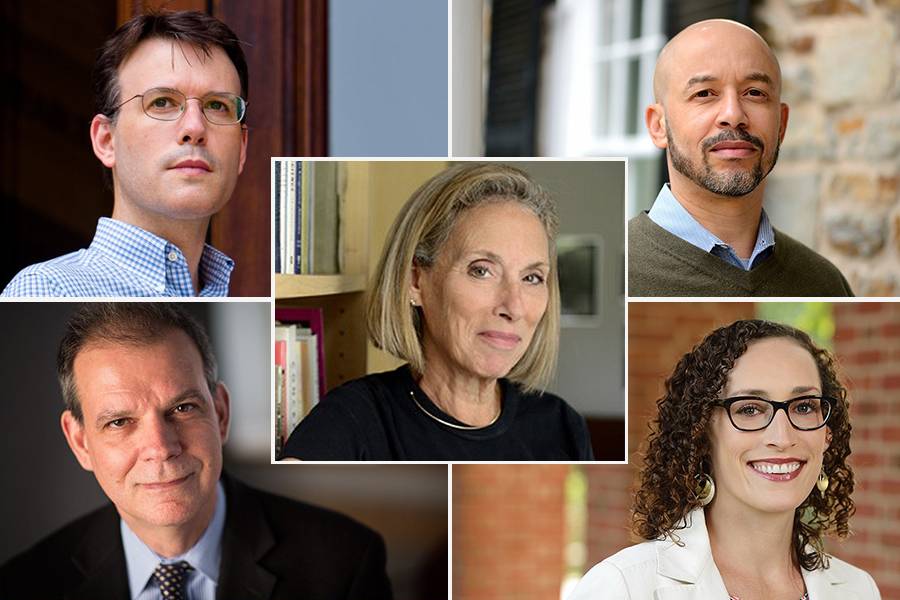 Named for the university's visionary first president, Daniel Coit Gilman, the designation goes to individuals regarded as leaders within their divisions who have demonstrated a record of distinguished research, teaching, and service. Gilman Scholars retain the title as long as they remain at Johns Hopkins, or until retirement.

The newly appointed Gilman Scholars join 19 other faculty members, both past and present, who have received this honor since 2013. The current group recommended the 2018 honorees to JHU President Ronald J. Daniels and Provost Sunil Kumar earlier this year.

"Through their creativity and unceasing pursuit of knowledge," Daniels said, "this new class of Gilman Scholars exemplifies the ideals of research and discovery that fuel our university."

A globally known expert whose work bridges the fields of microbiology and immunology, Casadevall works with novel techniques to develop immunotherapies for infectious diseases and cancer. In addition to being the Alfred and Jill Sommer Professor and Chair of the W. Harry Feinstone Department of Molecular Microbiology and Immunology in the Bloomberg School of Public Health, he is also a professor at the School of Medicine.

Among many honors throughout his career, Casadevall was elected to the National Academy of Medicine in 2014 and received a National Institutes of Health Merit Award in 2007. He joined Johns Hopkins as a Bloomberg Distinguished Professor in 2015.

Lauded as one of the most prominent composers of his era, Hersch has created pieces for major orchestras, ensembles, and soloists throughout the world. His recent and future projects include his first opera, On the Threshold of Winter, his Violin Concerto with the Saint Paul Orchestra, and an upcoming residency with the Camerata Bern in Switzerland. Last year, he won a $250,000 Johns Hopkins University Frontier Award.

An alumni of the Peabody Conservatory, the composer and pianist first came to international attention at the age of 25, when he won a Concordia American Composers Award. Hersch currently chairs the Composition Department of the Peabody Institute.

The writer and historian is known for his formidable scholarship on African-American literature and culture, including his biography on Ralph Ellison and his narrative history on mid-century writers, The Indignant Generation, which won several national honors. Most recently, Jackson's biography of Chester B. Himes won the 2018 Edgar Award for Best Critical/Biographical Work. His writings have also appeared in publications including Harper's, The Washington Post, and Best American Essays.

After 14 years teaching at Emory University, where he was a Winship Distinguished Research Professor, Jackson joined Johns Hopkins as a Bloomberg Distinguished Professor of English and History in 2016.​

Landau, the Dick and Lydia Todd Professor of Cognitive Science since 2001, is known for her research investigating human knowledge of language and space, including unusual cases of development and the developmental condition known as Williams syndrome. She leads the Language and Cognition Lab and directed the Science of Learning Institute from 2013 to 2018.

Landau was elected as a member of the National Academy of Sciences this year, and she is fellow of the American Association for the Advancement of Science and the Cognitive Science Society, among other organizations. She was named a Guggenheim Fellow in 2009.

A leading scholar on racial politics and criminal justice issues, Weaver has devoted her research to investigating the causes and effects of inequality and mass incarceration in America. Among her writings, the 2014 book Arresting Citizenship, which won the Dennis Judd Best Book Award in urban politics, is known for pushing the topic of incarceration to the forefront of political science debates. Recently, with an Andrew Carnegie Fellowship, Weaver has steered a project called Faces of American Democracy responding to police violence.

Weaver joined Johns Hopkins as a Bloomberg Distinguished Associate Professor in fall 2017, bridging the sociology and political science departments, after holding faculty poitions at Yale and the University of Virginia.

The previous men and women designated as Gilman Scholars are: