Visionary astrophysicist Riccardo Giacconi, a longtime professor of astronomy at Johns Hopkins University who won the Nobel Prize in physics in 2002, died Sunday. He was 87.

Giacconi's many significant contributions to science include the creation of X-ray astronomy and enabling revolutionary tools like the Hubble Space Telescope, which was developed at the Space Telescope Science Institute on the Homewood campus during his tenure as the institute's first permanent director, from 1981 to 1993. 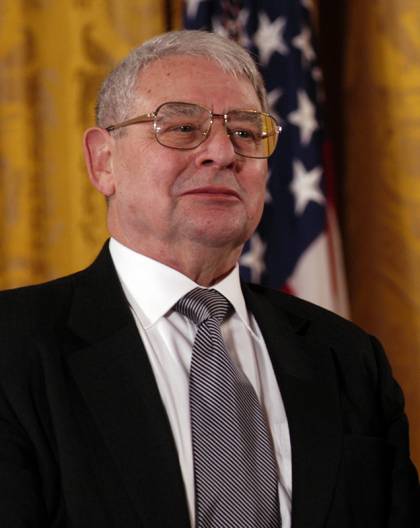 Giacconi served as a professor in the Department of Physics and Astronomy from 1981 to 1999, when he became a University Professor.

Giacconi was the driving force behind foundational facilities that have allowed space scientists in his generation and beyond to push the boundaries of their field, says fellow Hopkins physicist and Nobel laureate Adam Riess.

"We owe so much to him," Riess says. "He had big ambitions and he would step into a field and instead of doing incremental things, he would say, 'How do we do something really big and really move the needle?' And that's what he did multiple times in different areas.

"He was also fearless," Riess adds. "It's so common in our field for people to develop a niche and be an expert in that niche, and he just moved across niches, across fields, across wavelengths, to do big things in many different areas."

Giacconi's memoir, Secrets of the Hoary Deep: A Personal History of Modern Astronomy, was published in 2008 by Johns Hopkins University Press. Of his influence on his younger colleagues, Giacconi wrote that he "[shared] in their successes and in the intoxicating pleasure of intellectual combat with peers. I even hope that one day I will see some of the work I left unaccomplished brought to fruition by them and will help them bring this about. I would like to pass to them my quest for excellence, and the joy of pursuing great science in an honest and open way."

Giacconi's colleagues at the Space Telescope Science Institute say he defined how the space observatory would serve the astronomical community through meticulous planning, scheduling, and archiving of observations. Giacconi's leadership and unwavering perseverance laid the groundwork for the soon-to-be- launched James Webb Space Telescope, which will be controlled from STScI.

"So many of the things that we take for granted today were the result of Riccardo's efforts," says Ken Sembach, current director of the institute. "He believed strongly that science should be the driver, front and center, in developing and operating the systems, software, and hardware of observatories like the Hubble Space Telescope and the ESO Very Large Telescope. He challenged us all to maintain this focus and to think boldly so that astrophysics would continue to move forward. That challenge is as important today as ever. He will be missed, but his legacy will endure for generations."

Considered the "father of X-ray astronomy," Giacconi's early rocket-born experiments and, later, orbiting high-energy observatories opened a new window on scientific understanding of the universe. Whole new phenomena were revealed through X-ray observations, including black holes, neutron stars, quasars, and galaxy clusters. He was a co-recipient of the 2002 Nobel Prize in physics "for pioneering contributions to astrophysics, which have led to the discovery of cosmic X-ray sources."

In his memoir, Giacconi offers a highly personal account of the birth and evolution of x-ray astronomy. Secrets of the Hoary Deep: A Personal History of Modern Astronomy is available online for free through Project Muse.

Born in Genoa, Italy, Giacconi earned his PhD in physics from the University of Milan. Prior to his appointments at STScI and Hopkins, Giacconi had gained world recognition as a pioneer in X-ray astronomy. A co-recipient of the 1987 Wolf Prize in physics, Giacconi was cited for "brilliant insights, technical inventiveness, and bold leadership in stimulating the growth of X-ray astronomy."

Throughout the 1960s and 1970s, Giacconi led the group of scientists at the American Science and Engineering Inc. in Cambridge, Massachusetts, that was the first to make astronomical observations using the X-ray portion of the spectrum, thereby establishing X-ray astronomy as a significant field of astrophysical research. He obtained the first X-ray picture of the sun in 1963.

In 1970, the UHURU satellite, conceived by Giacconi and developed under his direction, became the first orbiting X-ray observatory. UHURU provided the first X-ray map of the heavens and identified the diffuse X-ray background.

In 1973, Giacconi joined the faculty of Harvard University and became an associate director for the Center for Astrophysics, High Energy Astrophysics Division. He served as principal investigator during the concept, design, and fabrication of the Einstein Observatory. Giacconi established the scientific direction of the observatory, prepared the software and hardware for data reduction and analysis, and implemented the Guest Observer Program. Einstein was used by more than 600 astronomers and reached a level of community involvement comparable to that at a major ground-based national center.

Upon leaving STScI in 1993, he began a seven-year appointment as director general of the European Southern Observatory in Garching, Germany. In 1999, he was appointed president of Associated Universities Inc., the consortium that co-administers the National Radio Astronomy Observatory with the National Science Foundation. Most recently, he served as principal investigator for NASA's Chandra X-ray Observatory.

In addition to his Nobel Prize and Wolf Prize, some of his many prestigious honors and awards include the Gold Medal of the Royal Astronomical Society, the NASA Distinguished Public Service Medal, the National Medal of Science, and the Lifetime Achievement Award from the National Inventors Hall of Fame. Giacconi authored many technical books on X-ray astronomy and wrote more than 150 articles on astrophysical topics.

He even had an asteroid, 3371 Giacconi, named after him.

Giacconi is survived by his wife, Mirella; daughters, Anna and Guia; and grandchildren, Alexandra and Colburn. He was pre-deceased by his son, Mark. 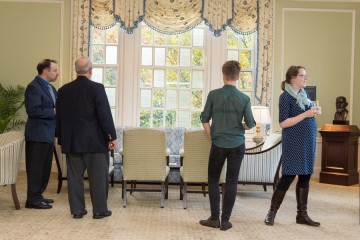