He joined the faculty in 1985, co-founded the Johns Hopkins Civility Project

Pier Massimo "P.M." Forni, a longtime professor of Italian in the Department of German and Romance Languages and Literatures at Johns Hopkins University, died Saturday of complications related to Parkinson's disease, Krieger School of Arts and Sciences Dean Beverly Wendland announced today. He was 67. 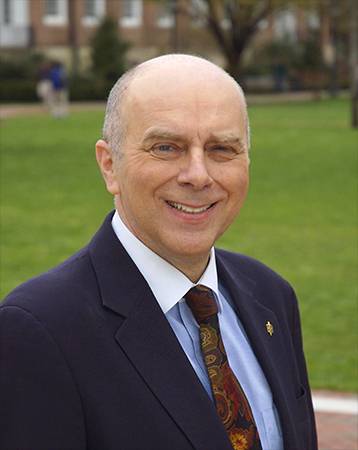 A native of Italy and a specialist in the early centuries of Italian literature, Forni had taught at Johns Hopkins since his arrival in 1985. At both the undergraduate and graduate levels, his courses focused on Dante and 14th-century Renaissance humanist Giovanni Boccaccio, and he wrote and edited several books on the work of Boccaccio.

Forni is perhaps best known for his work on civility. In 1997, he co-founded the Johns Hopkins Civility Project (later renamed The Civility Initiative), an aggregation of academic and community outreach activities aimed at "assessing the significance of civility, manners and politeness in contemporary society" and which inspired civility-based initiatives on college campuses and in communities around the country.

He was also the co-director of "Reassessing Civility: Forms and Values at the End of the Century," an international symposium that took place at Johns Hopkins in 1998. His book Choosing Civility: The Twenty-Five Rules of Considerate Conduct (2002) has been translated into German and Italian. In 2008 he published The Civility Solution: What to Do when People Are Rude, and in 2013 he published The Thinking Life: How to Thrive in the Age of Distraction. His work has been featured on a number of national news programs and in national and foreign publications.

Walter Stephens, professor of Italian studies and Forni's colleague in the department's Italian Division since his arrival in 1999, described Forni as an elegant, quiet, and reserved man.

"Pier Massimo had the soul of an Englishman in an Italian package. He had a very English sense of decorum and privacy, and he dressed like an Englishman," Stephens said. "He was absolutely beloved by students and they all praised his attentiveness, his cordiality, and his respect for them."

P.M. Forni, who argued for 'choosing civility,' dies at 67

Harry Sieber, professor of Spanish, hired Forni and made a point of requiring his students to take Forni's seminar to gain the training and background they would need when defending their doctoral dissertations. He said that civility was not just something Forni studied, but a practice by which he lived.

"He simply had no sense of time," he said. "You'd start talking and he would never say he had an appointment or needed to leave. He would stick it out, often to the bitter end."

Forni graduated from the University of Pavia, near Milan, and earned his PhD in Italian at UCLA. He was a fellow at Villa I Tatti, The Harvard Center for Renaissance Studies in Florence, and an Honorary Charter Member of the International Association of Protocol Consultants.

In 2008, he received an annual NEA award for an article published in Thought and Action. For his work on the significance of civility in contemporary society, he received an honorary Doctor of Humane Letters degree from Towson University in 2013. He had a lifelong appreciation for music and for the soccer team from his Italian hometown.

"Maybe most of us find life precious because the thought that sooner or later it ends is never far from us," Forni wrote in The Thinking Life. "We are like visitors to a Renaissance chapel looking at remarkable painted canvases on the walls as the lighting timer we activated ticks away. We enjoy the interval of sweet light allotted to us before the darkness envelops us again. Just as darkness makes light precious, frailty and mortality increase the value of our time under the sun. If we agree that life is important, then thinking as we go through it is the basic tribute we owe it. It also happens to be the golden way to the good life—the kind of life in which happiness blooms."

Correction: P.M. Forni's age was misstated in an earlier version of this article. The Hub regrets the error. 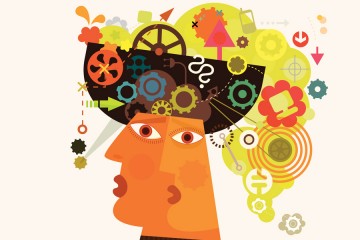