Jordan Tropf, a recent Hopkins med school grad who won the Baltimore marathon in 2017, offers pro tips and helps Miles for Mothers campaign in the process

Jordan Tropf filmed his latest Youtube installment at 3 a.m., declaring that particular pre-dawn hour to be "the perfect time for breakfast" while whipping up a protein-packed fruit-and-spinach smoothie.

As the unofficial coach for runners and walkers from the Johns Hopkins-affiliated global health nonprofit Jhpiego, the cheerful Hopkins alum shared his recipe and other nutrition tips with fellow racers training for this year's Baltimore Running Festival. The event, which includes the city's signature marathon, takes place on Saturday, Oct. 20.

When it comes to prepping for the Baltimore marathon, Tropf has considerable credibility. Last year, he won it.

As a fourth-year medical student at Hopkins, Tropf was the first to cross the finish line on Pratt Street, finishing in two hours, 29 minutes, and six seconds.

This year, organizers at Jhpiego turned to the defending champion to help boost enthusiasm for the Baltimore Running Festival, as well as for the nonprofit's Miles for Mothers fundraising campaign.

"We reached out to Jordan and asked him to unofficially be the 'coach' and motivate the staff to sign up for Miles for Mothers," says Jocabel Michel Reyes, Jhpiego's senior advancement manager. "We wanted to make this a fun, interactive experience."

Tropf—a Naval Academy graduate and now a resident in orthopaedic surgery at Walter Reed National Military Medical Center—responded with his series of upbeat YouTube videos offering marathon training tips. He has provided advice and inspiration, and he'll share a final video on Friday, the eve of the races, to get runners and walkers ready to go Saturday morning. Nearly 30 Jhpiego staffers plus a relay team are now signed up for various events, in addition to those who will be cheering from the sidelines, according to Michel Reyes.

Tropf will not run the Baltimore marathon this year.

Jhpiego—which works to improve the health of women and their families across the globe—has already exceeded this year's fundraising goal for Miles for Mothers. The campaign has generated more than $30,000 to help renovate Centre Hospitalier Universitaire in Madagascar, which sustained major damage during Cyclone Ava in January. The money will go toward rebuilding the roof of the hospital's maternity ward, among other critical upgrades.

The group has been fundraising for the past five years in conjunction with the Baltimore Running Festival, choosing a new cause to support each fall. Last year's running team raised more than $30,000 to help renovate an out-of-date maternity ward in Kribi, Cameroon. 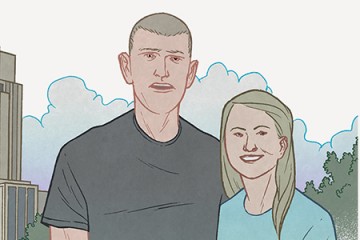 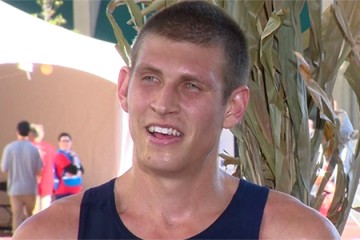