Johns Hopkins concludes its 'Rising to the Challenge' capital campaign 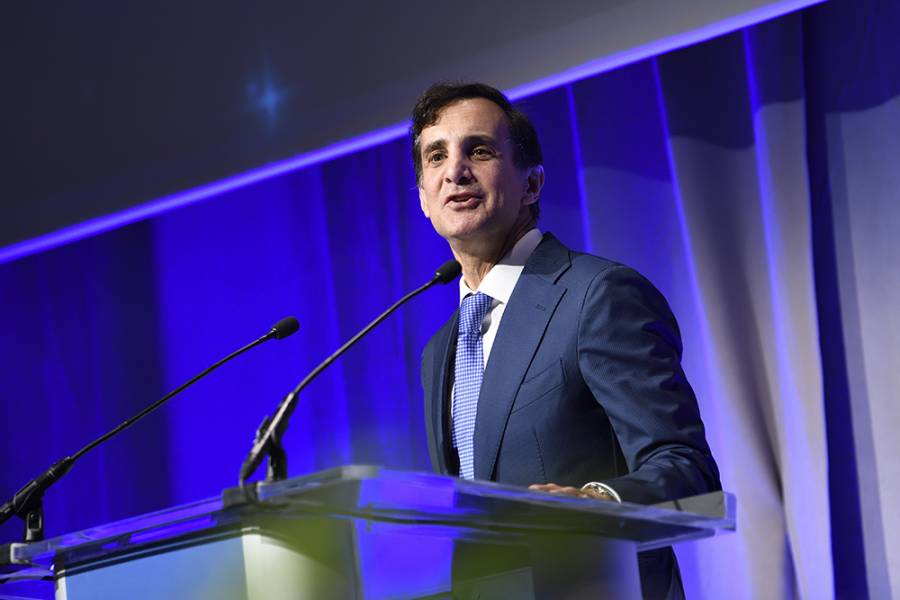 When 11-year-old Truitt Sunderland learned about the death of a Johns Hopkins University lacrosse player, he was moved to take action.

For his 12th birthday, Sunderland asked that friends and family, rather than giving him presents, contribute to a gift to JHU in honor of Jeremy Huber, a first-year student who died from complications related to the flu in January of 2015.

"I thought how hard Jeremy worked to get to Johns Hopkins," Sunderland said, "and him not being able to play one single game, I think is just terrible."

Thanks to Sunderland's efforts, Johns Hopkins received nearly $400 for an endowed scholarship fund created in memory of Huber, an accomplished pianist as well as a standout lacrosse player. The scholarship fund, which totals $100,000, now supports a piano student at the university's Peabody Institute.

Sunderland is one of the more than 279,000 individuals inspired to make financial contributions, both large and small, to Rising to the Challenge: The Campaign for Johns Hopkins, an eight-and-a-half-year fundraising effort that officially ended at midnight Wednesday.

The university marked the closing of this transformational chapter in its history Thursday night with a gathering in the O'Connor Rec Center on the Homewood campus, where university leaders and supporters celebrated the official end of a campaign dedicated to fueling discovery, supporting scholars, strengthening communities, and promoting and protecting health.

All told, Rising to the Challenge raised $6.015 billion in support of students, faculty, research and discovery, and clinical care, reinforcing the university's readiness to tackle some of humanity's most daunting challenges now and for years to come. The final tallies include record investments in key university priority areas such as student financial aid, faculty support, and interdisciplinary research.

In total, $610 million went to student financial aid and scholarships, and $725 million went to support endowed faculty positions. Johns Hopkins added 267 endowed professorships during the course of the campaign. 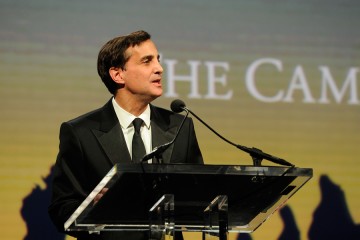 "But the real story of this campaign—the defining moments and stunning leaps forward for our institution—lies behind the numbers," JHU President Ronald J. Daniels wrote in a message sent to the Hopkins community this morning. "It is in the fueling of interdisciplinary and cross-divisional research work, the investment in our people, the focus on daunting global and societal challenges, and the commitment to our home city of Baltimore."

The full text of Daniels' message to the Hopkins community is below:

Last night, in the O'Connor Recreation Center at Homewood, we marked the conclusion of our Rising to the Challenge campaign. The excitement in the days leading up to this moment was palpable, not simply because we met or exceeded nearly every goal we set but because we did so in single-minded service to our academic mission.

The numbers in this campaign are astounding: 1,600 volunteers; more than 878,000 individual gifts from 279,000 generous donors; $1.68 billion in new endowment funding, including 267 endowed professorships and 157 endowed undergraduate scholarships; $610 million in graduate and undergraduate student financial aid; and more than $2.8 billion in support of medical research and programs. In the end, we raised a total of $6.015 billion.

But the real story of this campaign—the defining moments and stunning leaps forward for our institution—lies behind the numbers; it is in the fueling of interdisciplinary and cross-divisional research work, the investment in our people, the focus on daunting global and societal challenges, and the commitment to our home city of Baltimore.

Nearly 22 percent of the funds raised in this campaign—more than $1.3 billion—are advancing research that spans more than one discipline and supporting faculty as the intellectual capital of the university. Beginning with the Bloomberg Distinguished Professorship program, the RTC campaign has played a key role in concretizing the aims of One University. From the Malone and Aronson professorships, to the Kissinger Center for Global Affairs and the Stavros Niarchos Foundation Agora Institute, every major initiative of this campaign holds both endowed professorships and interdisciplinary scholarship among its key elements.

In addition, an unprecedented commitment to the humanities and social sciences, with $300 million raised, has helped to broaden Johns Hopkins' already formidable reputation in the natural and biological sciences. With more than $100 million for the humanities alone, including the $75 million Miller Gift in Philosophy, this campaign is charting a new course for the future of arts and sciences at our university.

Breadth in academic excellence is critical, too, for attracting our extraordinary students, whose upward trajectory now situates us as the third most selective university in the nation. And the commitment of our donors to student aid increased dramatically in this campaign, helping our competitiveness and increasing accessibility for students and families from all backgrounds.

This campaign also stands as a testament to our mission-driven focus on urgent challenges to human health, well-being, and opportunity. Close to home, we've been able to invest in programs that strengthen and sustain our city, such as the renovation of the SNF Parkway theater and the building of the Henderson Hopkins K-8 school and the six-acre Eager Park in East Baltimore. Across the country, this priority is reflected in the work of the Bloomberg American Health Initiative to address drug addiction, obesity, gun violence, adolescent health, and environmental threats. In our hospitals, clinics, and laboratories, we have advanced pathbreaking research and patient care, like that of the Bloomberg-Kimmel Institute for Cancer Immunotherapy and the Sheikh Khalifa Stroke Institute.

For helping us rise time and again to meet the goals we set for ourselves, I am indebted to our exceptional team that has led this effort: the chair of the board of trustees, Jeff Aronson; his counterpart at Johns Hopkins Medicine, David Hodgson; our campaign co-chairs Chuck Clarvit, Heather Murren, and Mayo Shattuck; and our talented and indefatigable development and alumni relations team, whose passion for supporting the work of Johns Hopkins University and Johns Hopkins Medicine is unbounded.

And, of course, these flights of audacious imagination would simply be impossible were it not for you—our faculty, clinicians, students, and staff around the world—whose work inspires and guides us in building a better, safer, more humane world.

On behalf of all of us, thank you for all you do each day to rise to every challenge and imagine a brighter future for us all. 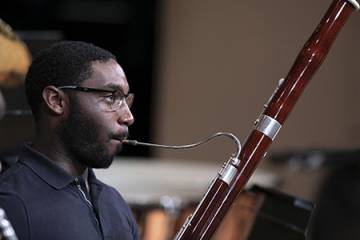 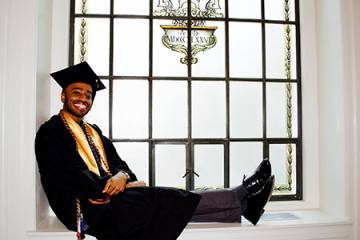 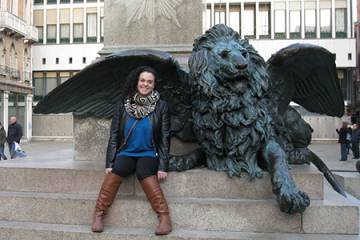