Her HeLa cell line has been critical to numerous medical breakthroughs; her story has inspired important discussions of bioethics, patients' rights 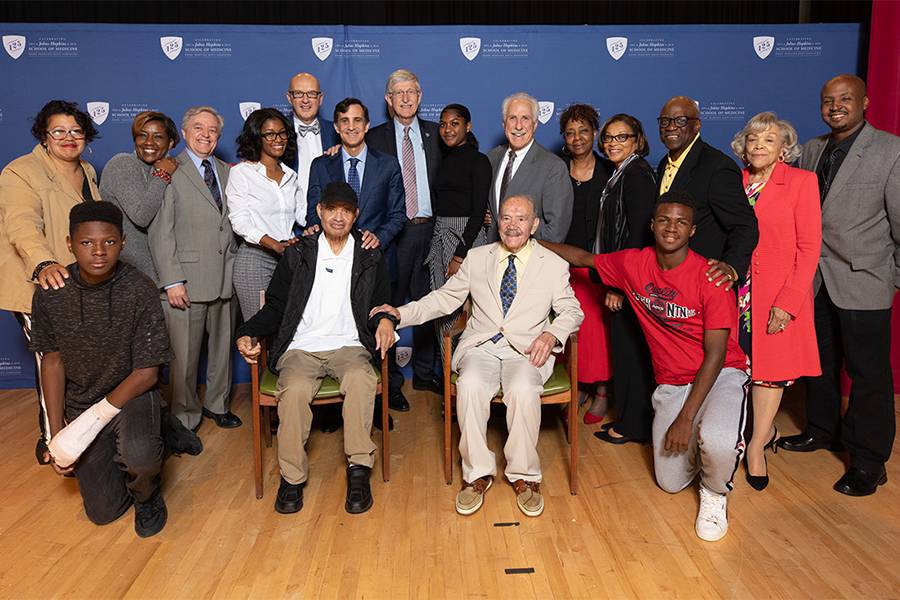 A new interdisciplinary building on Johns Hopkins University's East Baltimore campus will be named in honor of Henrietta Lacks, who was the source of the HeLa cell line that has been critical to numerous significant advances in modern medicine.

Joined by descendants of Lacks, Johns Hopkins University President Ronald J. Daniels and Paul B. Rothman, CEO of Johns Hopkins Medicine and dean of the medical faculty at the School of Medicine, announced the naming during the ninth annual Henrietta Lacks Memorial Lecture this morning.

"This building will be a place that stands as an enduring and powerful testament to a woman who not only was the beloved mother, grandmother, and great-grandmother to generations of the Lacks family, but the genesis of generations of miraculous discoveries that have changed the landscape of modern medicine and that have benefitted, in truth, the much larger family of humanity."
Ronald J. Daniels
President, Johns Hopkins University

"Each year, this day has afforded us an opportunity to celebrate Henrietta Lacks, who through her life and through her immortal cells not only made an immeasurable impact on medical science, but contributed to a profound transformation in our approach to scientific inquiry and the ethics and integrity that must of course undergird the entire scientific research enterprise," Daniels said.

"This building will be a place that stands as an enduring and powerful testament to a woman who not only was the beloved mother, grandmother, and great-grandmother to generations of the Lacks family, but the genesis of generations of miraculous discoveries that have changed the landscape of modern medicine and that have benefitted, in truth, the much larger family of humanity."

The new building—which will adjoin the Berman Institute of Bioethics' Deering Hall at the corner of Ashland Avenue and Rutland Avenue near East Baltimore's Eager Park—will support programs that enhance participation and partnership with members of the community in research that can benefit the community. It will also extend the opportunities to further study and promote research ethics and community engagement in research through an expansion of the Berman Institute and its work.

Groundbreaking is scheduled for 2020, with an anticipated completion in 2022.

"We say very directly to the Lacks family, thank you," Daniels said. "Thank you for the generosity of spirit, of hopefulness, of collaboration that has marked our partnership. Thank you for lending Henrietta Lacks' name to our campus. And thank you for the things that we will do together to honor and celebrate her legacy."

Johns Hopkins' work with members of the Lacks family since 2010 has resulted in the development of a series of programs to recognize and honor Lacks and her extraordinary contribution to clinical research and the advancement of health throughout the world.

In 2013, Johns Hopkins worked with members of the Lacks family and the National Institutes of Health to help broker an agreement that requires scientists to receive permission to use Henrietta Lacks' genetic blueprint in NIH-funded research. The NIH committee now includes two members of the Lacks family. The medical research community has also made significant strides in improving research practices, in part thanks to the lessons learned from Henrietta Lacks' story. 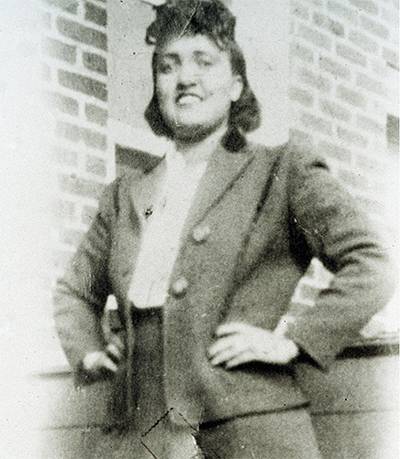 "It is a proud day for the Lacks family. We have been working with Hopkins for many years now on events and projects that honor our grandmother," said Jeri Lacks, Lacks' granddaughter. "They are all meaningful, but this is the ultimate honor, one befitting of her role in advancing modern medicine."

Lacks came to Johns Hopkins for cancer treatment in 1951. A sample of her cancer cells was retrieved during a biopsy and sent to the tissue lab of Hopkins researcher George Gey, who discovered that Lacks' cells were unlike any others he'd seen. Where other cells would die, Lacks' cells survived, and the number of cells would double every 20 to 24 hours. Gey began sharing the cells, at no cost, with researchers around the world.

Although many other cell lines are in use today, Lacks' cell line—dubbed HeLa—has contributed to many medical breakthroughs including the development of the polio vaccine, the study of leukemia and AIDS, and research into the effects of zero gravity in outer space.

"In addition to changing the course of modern medicine with the impact of HeLa cells, we have learned many important lessons from Henrietta Lacks' experience. We have a responsibility to our patients, in the care we deliver as well as when we partner with patients to pursue important scientific questions," Rothman said. "As we honor Mrs. Lacks and her family, we will take a thoughtful approach to the design of the building so that it conveys our commitment to developing trust with our patients, their families, and our community." 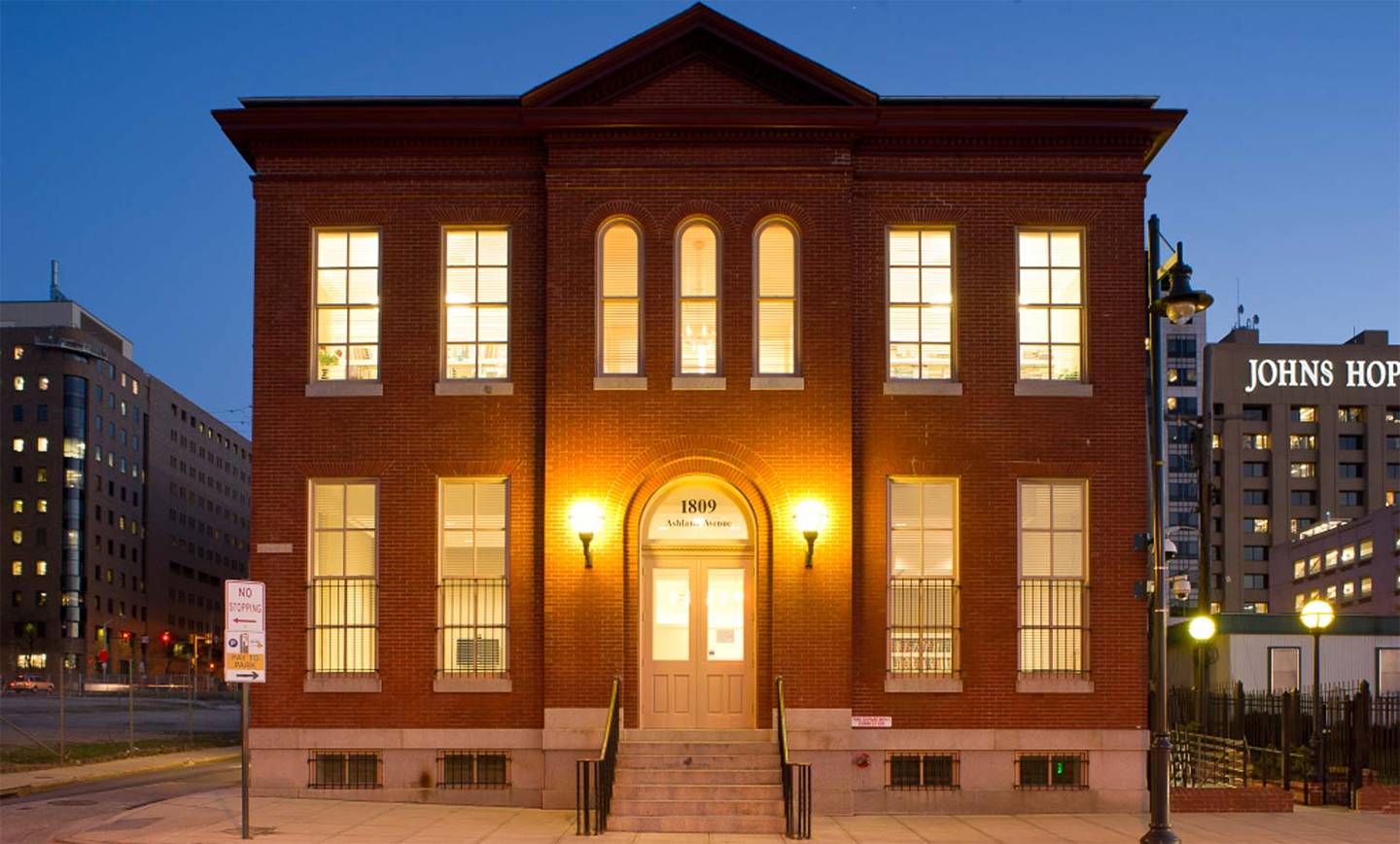 "The story of Henrietta Lacks has encouraged us all to examine, discuss, and wrestle with difficult issues that are at the foundation of the ethics of research, and must inform our relationships with the individuals and communities that are part of that research," said Jeffrey Kahn, director of the Berman Institute. "As a result, students, faculty, and the entire research community at Johns Hopkins and around the world do their work with a greater sensitivity to these critical issues."

Lacks' contributions to science were not widely known until the 2010 release of the book The Immortal Life of Henrietta Lacks by Rebecca Skloot, which explored Lacks' life story, her impact on medical science, and important bioethical issues. In 2017, HBO and Harpo Studios released a movie based on the book, with Oprah Winfrey starring as Deborah Lacks, Henrietta Lacks' daughter.

The event is sponsored and organized by the Institute for Clinical and Translational Research and emceed by Dan Ford, ICTR's director. Keynote speaker Francis Collins, director of the National Institutes of Health, discussed the importance of working with diverse communities to make NIH-funded research more relevant to the entire U.S. population. 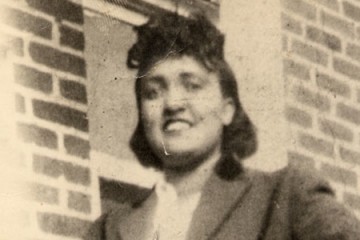 Lacks family reaches deal on use of genetic material