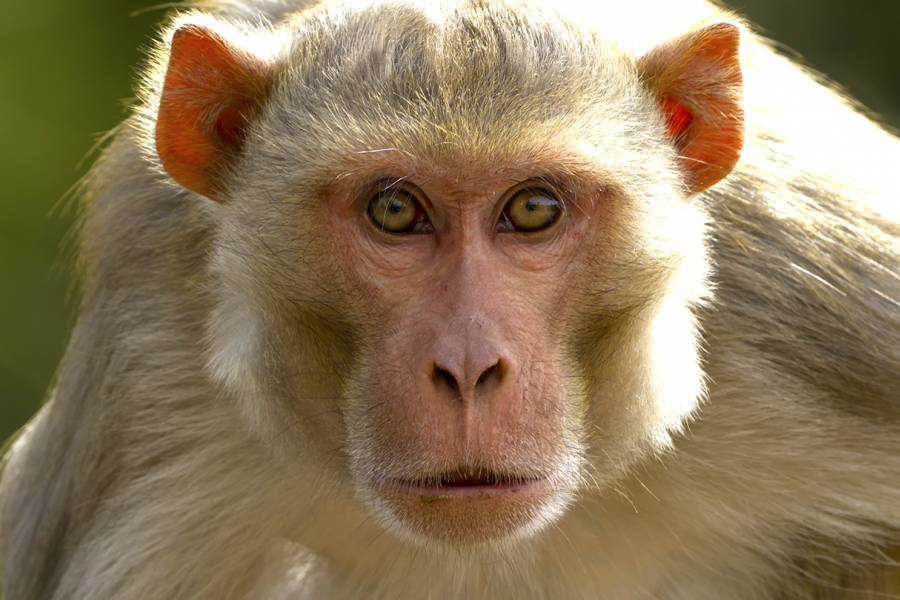 Monkeys who learned how to gamble have helped researchers pinpoint an area of the brain key to one's willingness to make risky decisions.

The findings, which deepen our understanding of the neural circuits underlying risk preference in primates and could lead to better treatments for destructively risky behaviors in humans, were published today in the journal Current Biology.

"People think risk attitude is always the same for individuals, but behavior researchers have found this isn't true—a person can be risk-averse for some things but inclined to risk in others, like someone who saves a lot of money but also skydives," said co-author Veit Stuphorn, an associate professor in Johns Hopkins University's Zanvyl Krieger Mind/Brain Institute. "The change in risk attitude happens in the prefrontal cortex, and our findings for the first time identify one critically important area."

The Johns Hopkins team trained two rhesus monkeys to gamble against a computer in order to win drinks of water. It turns out both monkeys were naturally big risk-takers, consistently preferring against-the-odds gambles with potentially high payoffs over much safer, smaller bets.

For instance, when the monkeys were offered a chance to choose between a 20 percent chance to get 10 milliliters and an 80 percent chance of getting just three, they'd go for the big gamble, Chen said. Even when they were no longer thirsty, lead author Xiamomo Chen said, the monkeys still went for risky bets because they just seemed to like the excitement of a win.

"The monkeys should rationally choose the 3 milliliters, but they always went with the riskier option," said Chen, a former Johns Hopkins graduate student who is now at Stanford University. "They're like people who like to go to Las Vegas to play the slots, where there's a very high reward but a very low chance of winning it."

When the researchers suppressed the key area of the brain by temporarily inactivating it, however, the high-risk gambling all but disappeared. Suddenly, the monkeys were 30 to 40 percent less likely to take risky bets.

"This was truly unexpected, to find a brain section so specifically tied to risk attitude," Stuphorn said. "The monkey's preference markedly changed from really liking risk to liking it much, much less."

Suppressing the brain region known as the supplementary eye field—sandwiched between areas responsible for cognition and higher-order motor control—surprisingly had no effect on other aspects of the monkey's gambling, such as their understanding of the game or the way history factored into their bets. For instance, if they'd just lost a round, the monkeys remained less likely to place big bets, yet they remained slightly more inclined to gamble if they'd just won. The key area clearly controlled only the primate's attraction to big, uncertain rewards, the researchers found.

Because non-human primates and humans share a similar brain structure, the researchers believe the findings should apply to people, where the neural mechanisms of risk have also been largely unknown.