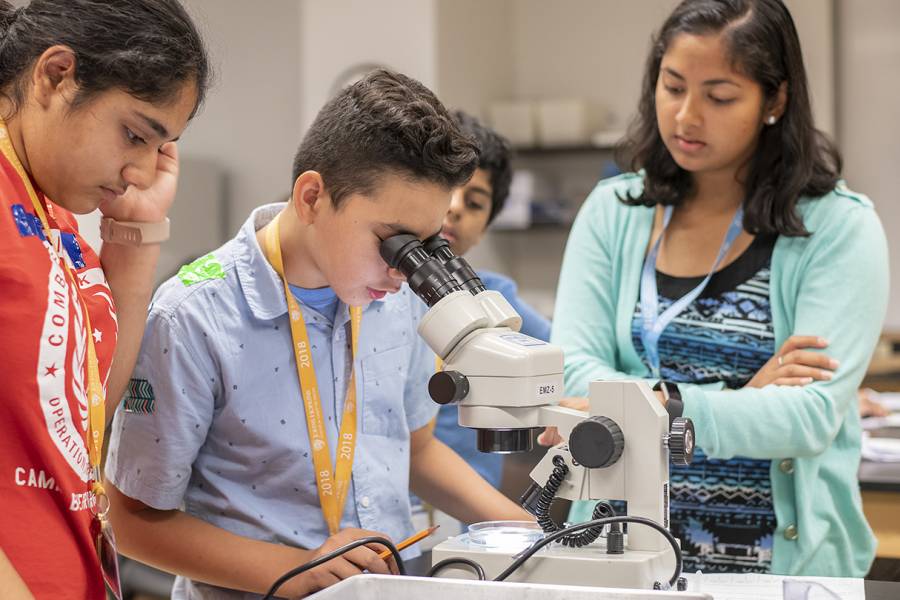 Four bright Baltimore-area teens have been named CTY Scholars by the Johns Hopkins Center for Talented Youth and will start high school knowing they will spend the next four years working to make their dreams of going to a highly selective college a reality.

The program's mission is to identify bright eighth-graders from groups traditionally underrepresented in higher education and prepare them for academic success. More than 75 students from around the country are participating in the program this school year. Academically advanced public and charter school students from cities including Baltimore, New York, Los Angeles, and Washington, D.C., are selected based on academic achievement, geography, household income, and an interview.

"This program helps to level the playing field and provide specialized college counseling and academic advising—support that would otherwise be out of reach for many of these students," said program manager Makaya Jackson. 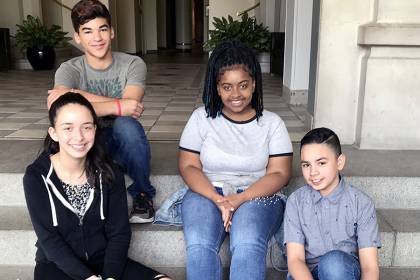 More than 700 students have participated in the program since its inception in 2004, and many have gone on to study at colleges and universities such as Harvard, Johns Hopkins, MIT, Stanford, and Yale.

Ramirez said he hopes to follow in their footsteps—at 14, he has already set his sights on becoming a doctor.

"College has always been a dream of mine since no one in my family has been to college," said Ramirez, who studied Fast-Paced High School Biology at CTY this summer. "One of my goals is to get into a good college in order to be prepared for the day when I become a doctor and help others around me in the best way possible."

The Baltimore CTY Scholars cohort builds upon a growing partnership between CTY and Baltimore City Public Schools focused on supporting bright students and their teachers with gifted resources and programs.

Last year, CTY brought its curriculum to students in 10 city schools through the Baltimore Emerging Scholars Program. The free program will expand this year to include students from 16 schools.

In the past year, CTY and City Schools have co-hosted a series of free workshops that gave 250 parents and students a hands-on experience with CTY programming. And CTY has offered professional development workshops to City Schools educators, sharing strategies for teaching and managing bright students' unique academic, social, and emotional needs.

For Deja Knight of Baltimore, being a CTY Scholar helped her get where she wanted to go. She remembers being told as a kid that she would have to find her own way of paying for college. In 2008, as a rising high school freshman, she was named a CTY Scholar and spent the next three summers taking CTY courses in writing, chemistry, and psychology on college campuses around the country.

"That helped me know what college looked like, and see myself there," she said.

During her senior year, Knight's CTY adviser helped her apply for the QuestBridge Scholarship, which she won, and she attended Wesleyan University on a full scholarship. Now 23, Knight will graduate from the University of Iowa in December with a master's in Psychological and Brain Sciences, and is applying to PhD programs.

"CTY Scholars helped me learn to network myself and to set myself up for the places I wanted to go in my career," she said. 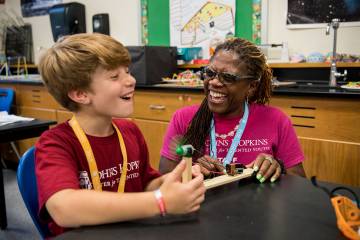 Published Aug 21, 2018
Nearly 9,000 students from around the world attended CTY's day and residential programs this summer, taking courses at 24 sites in the U.S. and Hong Kong