Since 1898, the Astronomical Society of the Pacific has awarded the Catherine Wolfe Bruce Gold Medal for outstanding achievements in astronomy and physics

Johns Hopkins astrophysicist Tim Heckman has been awarded the 2018 Catherine Wolfe Bruce Gold Medal by the Astronomical Society of the Pacific, a lifetime achievement award that recognizes outstanding contributions to astrophysics research.

Since its founding in 1889, the ASP has become a leading nonprofit astronomy organization dedicated to bringing together professionals, amateurs, educators, and enthusiasts for the purpose of increasing the understanding of astronomy. Established and named for a 19th century American philanthropist and patroness of astronomy, the Catherine Wolfe Bruce Gold Medal was first awarded in 1898 to Hopkins mathematician Simon Newcomb. Other recipients have included astronomical pioneers Giovanni V. Schiaparelli, Edwin Hubble, Fred Hoyle, and Vera Rubin. 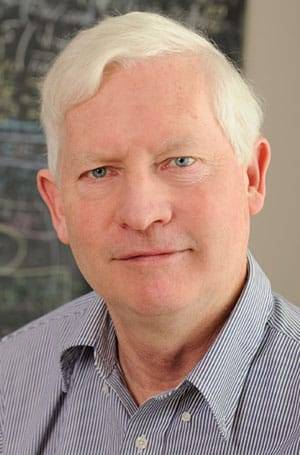 Heckman, chair of the Department of Physics and Astronomy in the Krieger School of Arts and Sciences, works to understand galaxy formation, active galactic nuclei, and the relationship between galactic evolution and the life cycle of the super massive black holes at their cores. He discovered that nuclear activity is ubiquitous in so-called normal galaxies, an early foreshadowing of the later discovery that nearly all galaxies have supermassive black holes in their centers.

A renowned astrophysical observer, Heckman has helped analyze data from the Sloan Digital Sky Survey, the Hubble Space Telescope, and the Galaxy Evolution Explorer. From his observations, Heckman has published several definitive papers on galaxy evolution that are considered by many to be benchmarks of the field, including a paper establishing that galaxies undergoing intense episodes of star-formation drive powerful winds that affect the evolution of galaxies in profound ways. He and his colleagues have shown how the stellar populations and structure of galaxies correlate with the galaxy mass, determined which types of galaxies are home to supermassive black holes that are most rapidly growing, and demonstrated that the chemical composition of galaxies is tightly correlated with galaxy mass. Heckman also directs the Johns Hopkins Center for Astrophysical Sciences.

Heckman is a fellow of the American Academy of Arts and Sciences and a member of the National Academy of Sciences.