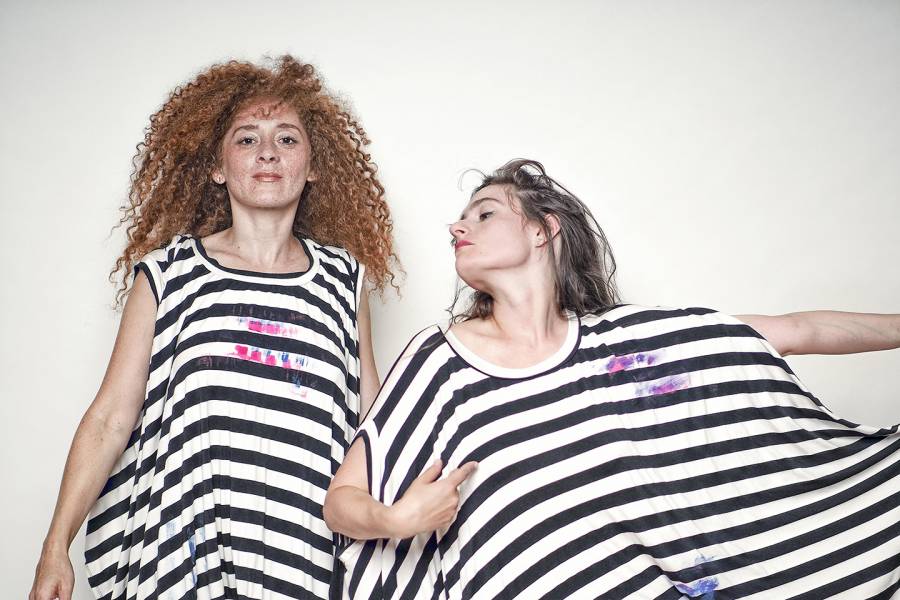 On Sunday evening, as Artscape draws to a close, a pair of classically trained Peabody grads will take the stage on Mount Royal Ave. and perform their brand of Baroque-infused indie pop, a blend of opera, electronica, and R&B.

Britt Olsen-Ecker, who graduated from the Johns Hopkins Peabody Institute with her bachelor's degree in voice in 2009, and Melissa Wimbish, who received graduate performance diplomas in voice from Peabody in 2011 and 2014, form the heart of Outcalls. Last fall, the duo released their second EP, No King, earning critical acclaim. Their title track was named WTMD's best vocal performance of the year and was included in The Baltimore Sun's list of 30 Baltimore songs that defined 2017.

In advance of their Artscape performance, the Hub caught up with Olsen-Ecker and Wimbish to discuss their vocal stylings, inspiration, and what it's like to go into business with your best friend.

How did you meet?

Melissa Wimbish: Britt and I were both at an open mic at the North Avenue bar, Liam Flynn's. It was about 2012. Brit did a poetry reading and I was there with my band at the time. We played a couple of songs and Britt and I powwowed afterwards. I don't know what at what shot it was that I coerced her into being a part of the band, but when she joined we became the band called PB JAM, for the first letters in all of our names. We also had hatched a plan that night to start a singing Valentine troupe, which we did for a few years, singing Valentine grams for people, which was great. Super fun.

Britt Olsen-Ecker: So then we formed Outcalls and recorded No King in January 2017. We've been through many iterations of bands together and I think that's why we're working so well right now. 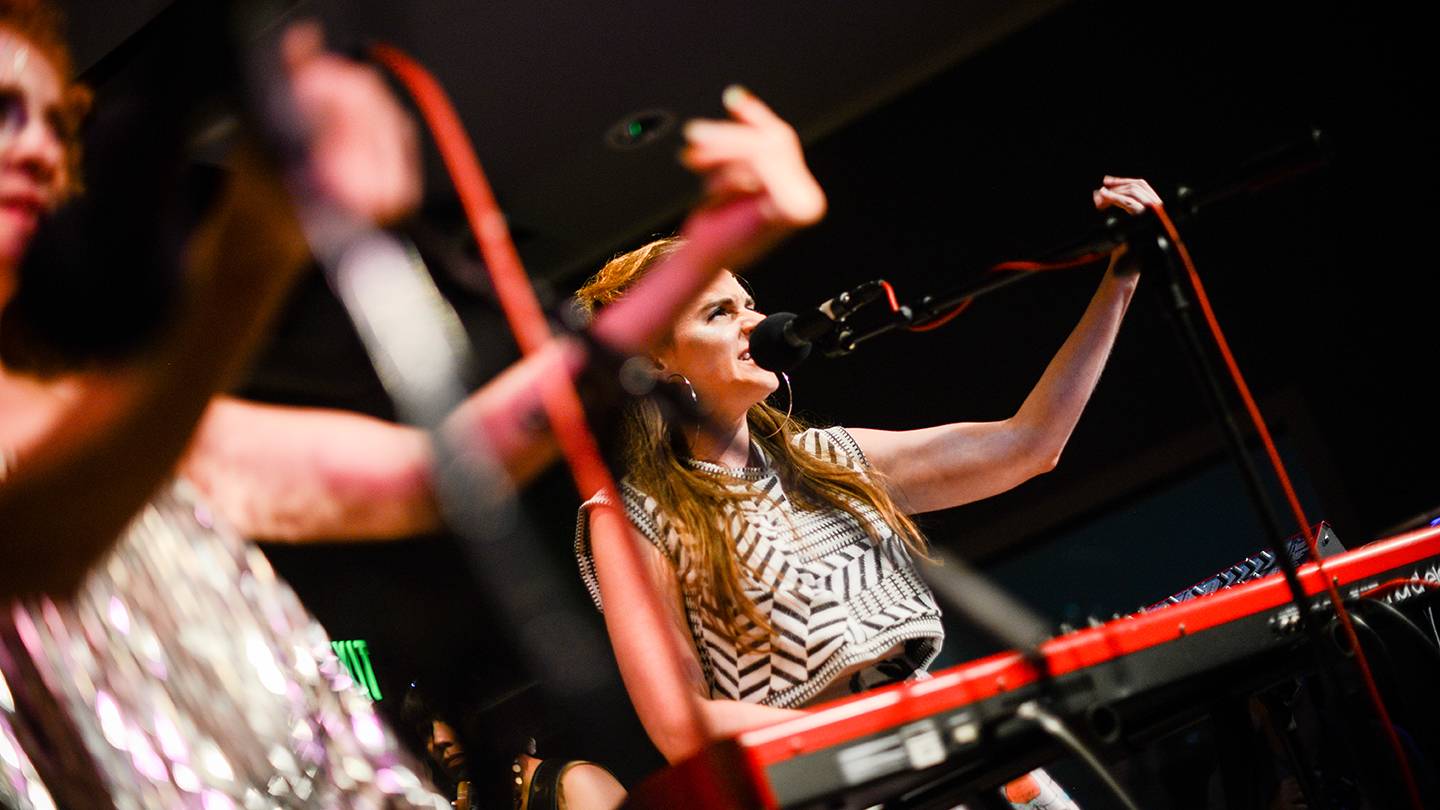 Did it come naturally to combine operatic and pop influences?

Olsen-Ecker: I think so. It wasn't really like a conscious thing for us, it was just what we did. It was just the singing that we did and what felt most comfortable and, you know, real to us.

Wimbish: I think there was definitely a point where I thought, you know what? I want to make sure that I'm writing vocally things that make sense for me to sing, not just writing what I think people want to hear.

What instruments do you incorporate into your act?

Olsen-Ecker: We tour as just the two of us, but we hire musicians as needed. Our upcoming tour includes a drummer, and we've worked with really lovely musicians on bass and guitar.

Wimbish: And I play the clarinet, and we're toying with the idea of adding some saxophone, which was my first instrument. It's weird going back to it after playing clarinet, but I'm going to bring it on tour and see what happens. And we're experimenting with a midi keyboard that has like thousands and thousands of sounds.We definitely want to explore more of the kind of electronic soundscape things that we can do.

One of your upcoming projects focuses on writing songs inspired by women and female artists. Can you talk about that?

Olsen-Ecker: Yeah, that's the concept for the full length album, release date TBD. But we would like to include a number of interludes and songs specifically responding to the comment that was made by the Recording Academy president, Neil Portnow, who said that women need to "step up" when there was such terrible representation by female artists for the Grammy Awards. We thought that was a very charged comment coming from him, considering the advances that women had made despite not being entirely welcomed in the industry. Despite the stepping up that might happen, it's still a male-dominated industry. Only 9.3 percent of Grammy nominees between 2013 and 2018 were female, and in 2017, 70 percent of pop bands included zero women. And when you look at the major summer festivals, you'll see a lot of the same male performers headlining. I'm not discrediting the work that they're doing, but, you know, you have to look really far down the list to find the first woman who's on the festival. So we're working on a response to that essentially for the next album.

Wimbish: Before we play Artscape, we're playing the Ladybug Festival in Wilmington, which is a female-focused, entirely female fronted music festival. 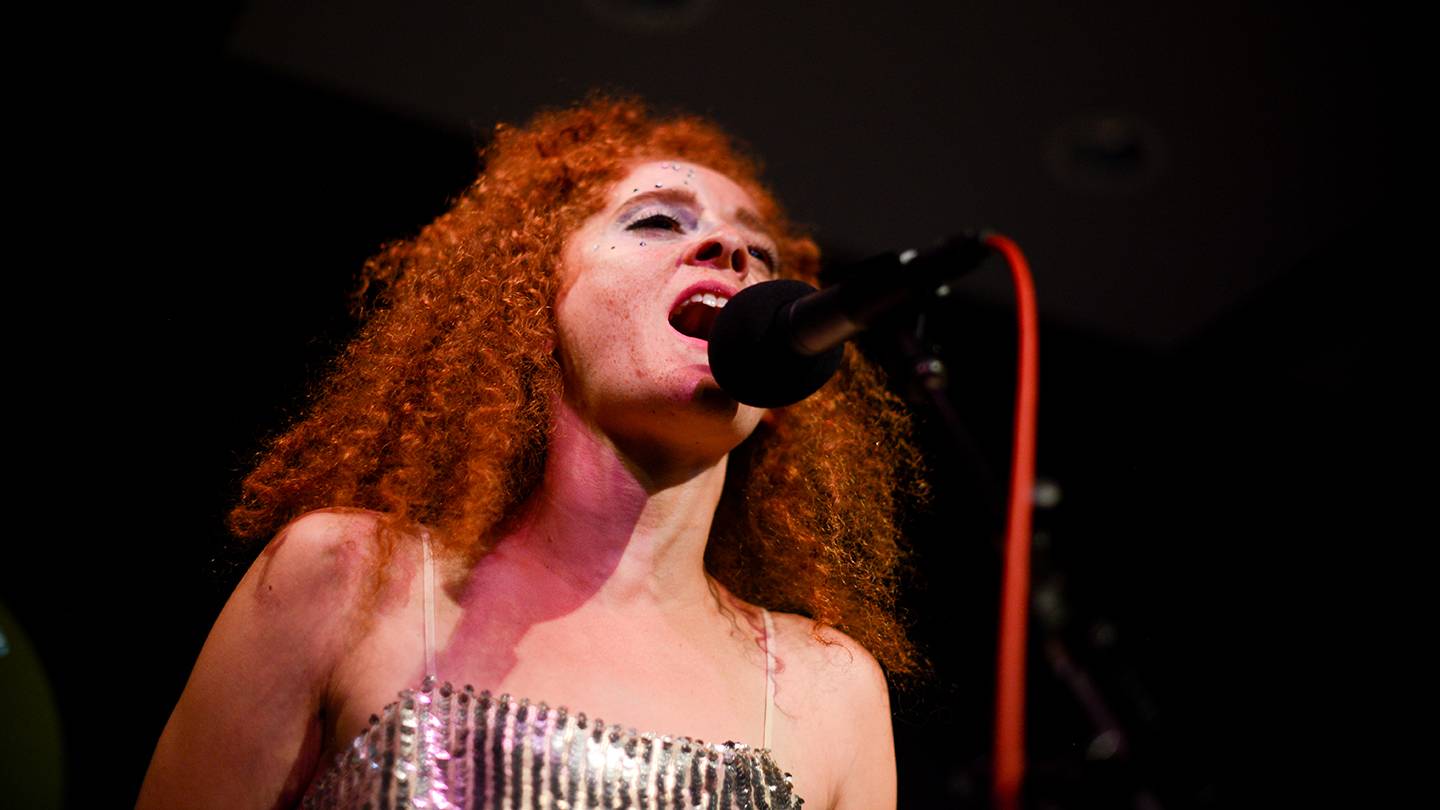 What's the best thing about being in a band together?

Olsen-Ecker: I think personally for me it's getting to collaborate with Melissa. We've been working together for a really long time, doing, you know, '90s hip hop and R&B covers, which was great because we learned a lot, but now writing our own material, it's a really great satisfaction that I get and we work so well together.

Wimbish: Yeah. If there's one thing that's really special it's being able to share something like this with your best friend. People might think, you know, don't go into business with your best friend, but I think we've defied those odds. It's not all easy, and Britt and I have had some hard conversations and we've talked about some of our own insecurities and things like that, but I just feel like it's only made our friendship stronger and I just can't imagine doing it with anyone else. 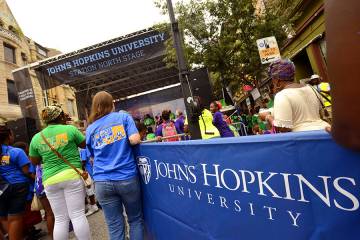 Peabody performers light up the stage at Artscape

Published July 16, 2018
A roundup of Artscape performers who hail from Peabody