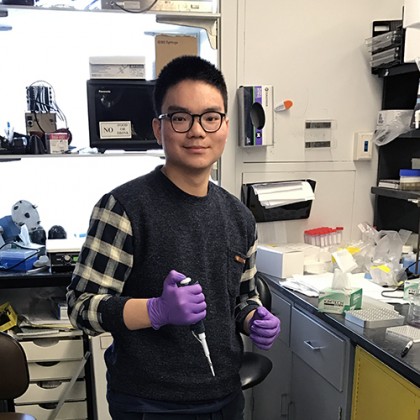 Established in 1984, the Astronaut Scholarship Foundation encourages students to pursue scientific education in order to keep America a leader in technology. The Mercury Seven astronauts who founded the foundation—Scott Carpenter, Gordon Cooper, John Glenn, Walter Schirra, Alan Shepard, and Deke Slayton—were test pilots who were among the first Americans recruited by NASA for space missions in 1959.

Chin, 21, is a neuroscience and biophysics double major. He works in a lab at JHU's Department of Neuroscience, where his research focuses on the ways proteins communicate with one another, particularly those proteins related to neurodegenerative diseases and cancer biology.

"I always knew I wanted to be a doctor, but my passion for research actually started in my senior year of high school," Chin says.

Around that time, Chin, who was born and raised in Singapore, first read about the renowned Hopkins neuroscientist Solomon Snyder in an AP biology textbook.

"I didn't know I'd go to Hopkins at the time, but when I was accepted, the idea of working in Sol's lab was a big factor in my decision to come here," Chin says. "... Once I got around to doing research, something about discovering things was just so captivating. That transformative experience made me want to pursue an MD/PhD and research as a career."

In April of this year, Chin was also named a Goldwater Scholar for academic merit in a science, technology, engineering, or mathematics field. He says he hopes to one day lead his own research lab—although that wasn't always his plan.

"Aside from being a doctor, my other dream when I was a little kid was to become a NASA astronaut," he says.

For more information about applying for the Astronaut Scholarship at Johns Hopkins, visit http://studentaffairs.jhu.edu/fellowships/. 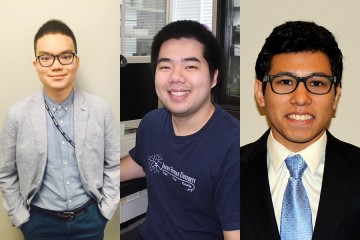