'(Dis)Ability' anthology, compiled and edited by Hopkins senior, explores stories by and about people with disabilities

Emily Dorffer, who has cerebral palsy, created the project to encourage better, more accurate portrayals of disabled people in literature 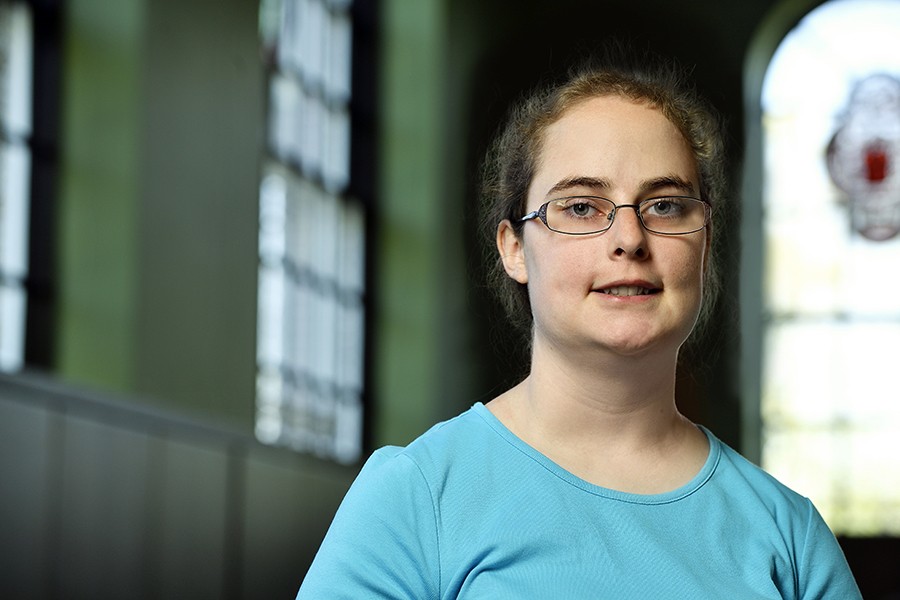 Image caption: Emily Dorffer is a Writing Seminars and English double major who graduates this week

Emily Dorffer is a firm believer in the transformational power of fiction.

During a class she took in 2016 called Philosophy and Disability, she witnessed her nondisabled classmates' well-meaning but hesitant attempts to discuss disabilities. Dorffer, a senior Writing Seminars and English double major who will graduate this week, decided to do something to help them better understand the challenges of being disabled.

The result is a collection of stories, compiled and edited by Dorffer, by and about people with disabilities. Published in March, (Dis)Ability: A Short Story Anthology is available for free download.

"I think with any minority or a disabled community, if you're not a member of that community, it's probably intimidating to talk about it because you don't want to offend people, but it goes both ways a little bit," says Dorffer, who has cerebral palsy. She says that while she appreciates the sensitivities of nondisabled people, "I think the key for better discourse on disabilities is not only that nondisabled people have to be willing to learn, but also disabled people need to be willing to speak up. You have to advocate for yourself."

Dorffer's goal for the collection was twofold: to foster a sense of understanding of the disabled among nondisabled people and to urge disabled people to recognize, use, and embrace their distinct voices. She also hopes the stories will encourage better and more accurate portrayals of disabled people in literature.

With the help of a Provost's Undergraduate Research Award and the direction of Jean McGarry, a Writing Seminars professor, Dorffer came up with the idea for the collection and put out a call for submissions on market listing sites like Submission Finder and Duotrope, as well as threads on Reddit devoted to disability. Dorffer's only conditions were that authors must have a diagnosed disability and that a character in their story must have one as well (though she didn't require that authors and their characters share the same disability).

To cull the 59 submissions to a manageable 20, Dorffer looked for stories that immediately grabbed her attention.

"I place a lot of emphasis on emotional impact as I'm reading, and I think that's a great way to get people to remember these things," she says. "If the story got me to react out loud; if I was laughing; if I was getting the warm fuzzies; or if I curled into a ball and cried—which happened when I read Daisy, about a blind woman's relationship with her seeing eye dog—then there was definitely a good chance of that getting in." 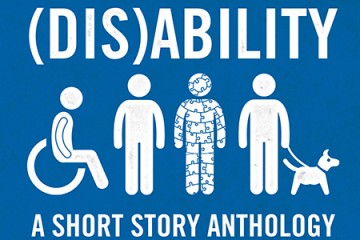 It was also important, Dorffer says, that she felt like she learned something about the character's disability, be it a routine consideration a character dealt with in daily life or how a disability affected the character's relationship with others.

Ultimately, the stories Dorffer selected for the anthology reflect a range of disabilities including visible conditions such as Tourette Syndrome or using a wheelchair, and unseen conditions such as anxiety disorders and autism. Dorffer, who won the Baltimore Science Fiction Society's Amateur Writing Contest in 2016 and has had several poems published in literary journals, chose not to include herself among the authors, preferring instead the role of editor.

The anthology does include the work of Johns Hopkins alums and several Pushcart Prize short-fiction nominees.

"The work is very moving," McGarry says. "I can't praise Emily highly enough. She managed to attract a group of professional writers, who must be very pleased with the book she created."

Dorffer is keen to point out certain themes running through the collections. The biggest one, she says, is the disabled community's desire for understanding and acceptance, as well as teaching nondisabled people to be considerate of other people's obstacles. She also hopes her audiences will learn about the needs of disabled people—which are often not as much as a nondisabled person might think, as several of the stories illustrate.

Although most of the stories don't fall into a particular literary subgenre, the collection does include several fantasy and science fiction stories. Dorffer feels the latter genre is "extremely useful for the disabled community because it lets us explore what kind of assisted technology we might want in the future."

"Who knows?" she muses. "Maybe some really smart person is going to inspire some new medical development with a short story."