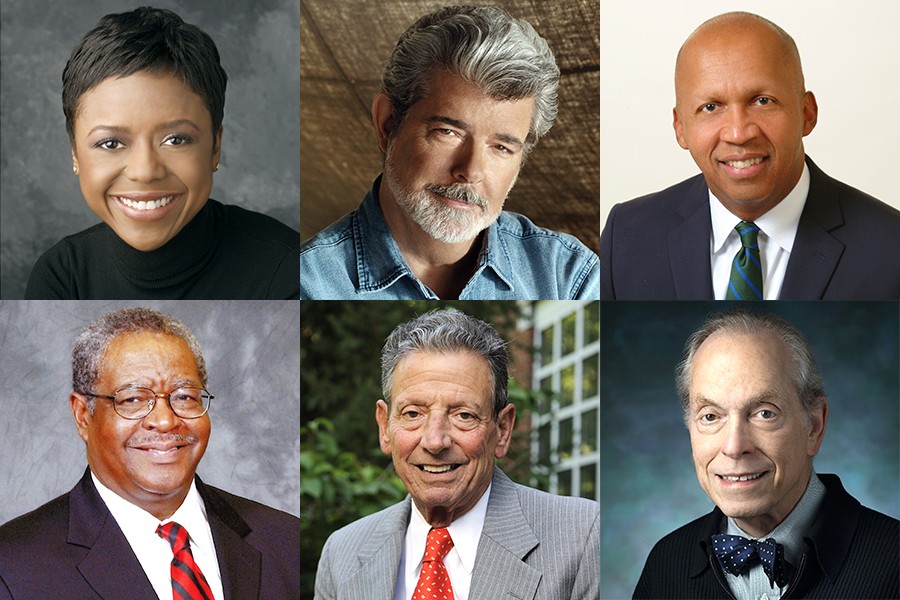 A groundbreaking filmmaker, the head of one of the nation's investment bedrocks, a Baltimore civic leader, a trailblazing neuroscientist, a justice crusader, and a businessman who has left an indelible mark on the university will receive Johns Hopkins University honorary degrees this year.

The recipients of the honorary degrees, which will be conferred at commencement on May 24 at Royal Farms Arena, are:

David H. Bernstein: A businessman, philanthropist, and trustee emeritus of both the university and Johns Hopkins Medicine, Bernstein received his bachelor's degree in political science from the Krieger School in 1957. In 1966 he became president of Baltimore's Samuel Meisel and Company, and transformed it into Duty Free International, which, by the time of his retirement in 1992, had become the leading operator of duty-free stores along the U.S. borders with Canada and Mexico and in international airports. Bernstein is now a consultant with the International Association of Airport Duty Free Stores, the industry organization he presided over for 18 years. He is also one of the owners of the Baltimore Orioles. At Johns Hopkins, he has supported scholarships, construction, an annual lecture series, the men's lacrosse team, and several endowed professorships.

Mellody Hobson: Hobson is the president of Ariel Investments, one of the country's largest African-American–owned investment firms. Her team manages more than $13 billion in assets. An expert on finance, the markets, and economic trends, she is a regular contributor and analyst for CBS News and contributes weekly money tips on the Tom Joyner Morning Show. She also writes a column for Black Enterprise magazine. She is a board member of the George Lucas Educational Foundation and serves as chair of After School Matters, a nonprofit that provides Chicago teens with high-quality, out-of-school-time programs. She serves on the board of directors for the Estée Lauder Companies Inc., JPMorgan Chase & Co., the Starbucks Corporation, the Chicago Public Education Fund, and the Lucas Museum of Narrative Art. Hobson was named to Time magazine's annual list of the 100 most influential people in the world.

George Lucas: A director, producer, screenwriter, and special effects innovator, Lucas is best known for the Star Wars and Indiana Jones franchises. Before Lucas, science fiction and fantasy movies weren't big moneymakers, but in 1977, the blockbuster film Star Wars broke the mold, grossing $775 million worldwide, winning seven Academy Awards, and launching a saga that delights audiences today. His company Lucasfilm Ltd. developed cutting-edge special effects, sound, and computer animation. In 2012, he sold Lucasfilm to the Walt Disney Co., enabling him to dedicate more time to his role in the George Lucas Educational Foundation, which he founded in 1991. Driven by Lucas' own disappointing experiences as a young student, the foundation promotes innovative, replicable, and evidence-based programs and practices that prepare students to thrive in school.

Bishop Douglas Miles: Miles is a Baltimore civic leader and a Johns Hopkins University alumnus who has dedicated his life to fighting for social justice in his hometown. When Miles enrolled at Johns Hopkins in 1966, he was one of only 14 African-American students at the university. He was among a group of black students on campus who urged the administration to hire more African-American faculty. In 1968, they established the Black Student Union. After receiving a bachelor's degree in humanistic studies in 1970, he went on to found the Koinonia Baptist Church with his wife, Rosanna, in 1992. He is co-chair of a nearly 40-year-old community-organizing group called BUILD, short for Baltimoreans United in Leadership Development. He is a key partner in university initiatives including HopkinsLocal and BLocal.

Solomon H. Snyder: A Distinguished Service Professor of Neuroscience, Pharmacology, and Psychiatry at the Johns Hopkins University School of Medicine, Snyder is known for figuring out how the brain receives and transmits messages—a discovery that has been translated into therapies for psychiatric disorders, pain, and strokes. Snyder began his tenure at Johns Hopkins in 1965 as an assistant resident in psychiatry. In 1966, he joined the Hopkins faculty, becoming the youngest full professor in the university's history. In 1980, he founded the School of Medicine's Department of Neuroscience, which was renamed the Solomon H. Snyder Department of Neuroscience in 2006. His honors include the Albert Lasker Basic Medical Research Award, the National Academy of Sciences Award in the Neurosciences, and the National Medal of Science.

Bryan A. Stevenson: As founder and executive director of the Equal Justice Initiative in Montgomery, Alabama, Stevenson, who is also this year's commencement speaker, works to challenge the legacy of racial discrimination and poverty in the American criminal justice system. He and his team have freed, or won reduced sentences for, more than 125 wrongly condemned death row prisoners. Stevenson is also a professor of law at the New York University School of Law. He was awarded a MacArthur Fellowship and the National Medal of Liberty from the American Civil Liberties Union. In 2015, he was named to the Time 100, recognizing the world's most influential people. His book, Just Mercy, was a New York Times best-seller.

"This year's class of honorees exemplifies the determination and imagination required to make a lasting impact, not only in their fields, but in our world," university President Ronald J. Daniels said. "Visionary leaders, thinkers, and creators, they have transformed ideas into action and inspired generations. I am delighted to recognize them with an honorary degree from Johns Hopkins, a community that celebrates such courage, creativity, and optimism." 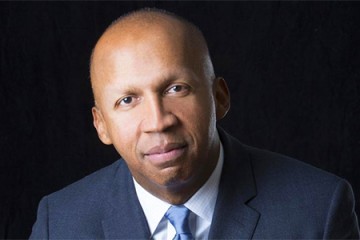