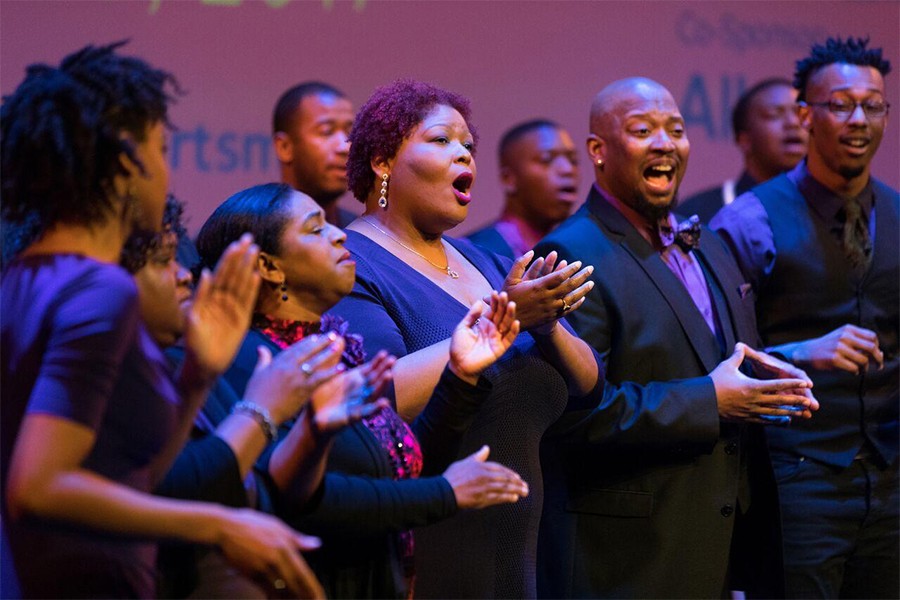 Image caption: An October performance of The Drum Major Instinct

On Thursday evening, a choir will take the stage at the Glass Pavilion on Johns Hopkins University's Homewood campus, where they will take part in an experimental performance that explores prejudice, compassion, and humanity through the lens of drama and gospel music.

The Drum Major Instinct—named after a sermon Martin Luther King Jr. delivered at Ebenezer Baptist Church in Atlanta two months before his assassination in 1968—is a touring production that combines King's words with original music and gospel standards. The performance—which will be followed by a discussion featuring two figures from the civil rights movement and friends of King, theologian Otis Moss Jr. and his wife Edwina Moss, King's personal assistant (the couple was married by King)—aims to foster conversation and challenge audiences to confront racism, white supremacy, and the systems of oppression that have endured beyond King's death. The event is part of the JHU Forums on Race in America speaker series.

The production includes a touring choir made up of community members from Ferguson, Missouri, the St. Louis suburb where teenager Michael Brown was fatally shot by a police officer on Aug. 9, 2014. Among the choir members are Ferguson police officers, Brown's schoolteachers, and many others who knew him. The touring choir will be joined by Unified Voices—a volunteer gospel choir of Baltimore community members and Johns Hopkins faculty, staff, and students—for the performance.

"The Drum Major Instinct is something that could be seen as radically different: police officers who were at the front lines of the protests singing alongside the protesters, people who lost friends like Michael Brown," says Bryan Doerries, artistic director of Theater of War Productions, which produces the performance. "That act of bringing different perspectives together—it's a model for our country. We're committed to validating and honoring those perspectives while also, through music and performance, reminding the audience of our shared humanity."

The performance includes original and arranged music by St. Louis–born composer Phil Woodmore, as well as a dramatic reading of King's sermon by actress and Baltimore native Tracie Thoms. While portraying King, Thoms will probe what the civil rights leader considered to be the natural desire to be celebrated or praised, to "lead the parade," and to be first—the "drum major instinct." That instinct, King said, is as natural and reflexive as a baby's cry but also contains the impulse to discriminate.

"Do you know that a lot of the race problem grows out of the drum major instinct?" King asked the congregation at Ebenezer Baptist, where his own father was a preacher, on Feb. 4, 1968. "It has led to the most tragic prejudice, the most tragic expressions of man's inhumanity to man."

Drawing from King's legacy, his words, and incidents of racial discrimination from the more recent past, the performance of The Drum Major Instinct urges audiences to harness that instinct to become leaders for righteousness and justice.

"Although we've come a long way in terms of equality in America, we haven't gotten there quite yet," says Unified Voices director and co-founder Gregory Branch, who is the director of the Baltimore County Department of Health and Human Services and serves on the faculty at the Johns Hopkins School of Medicine. "People think that because it was in 1968, that Dr. King was talking about almost foreign concepts. We are unfortunately still dealing with discrimination now—and you can see it as recently as the Starbucks incident in Philadelphia."

The performers will use the gospel tradition of call and response to not only interact with Thoms as she performs but also to encourage audience participation. The interactive performance serves as an opening act of sorts for the subsequent panel discussion on the role of women in the civil rights movement.

"In many ways, the performance is sort of set dressing for the discussion that follows," says Doerries, who will moderate the panel along with Martha Jones, a Johns Hopkins professor of history. "There is a lot that was left out of the conversation in 1968, and this event is as much a chance to examine what was missing as it is a celebration of King's vision and of course his sacrifice. I think that attention can be really productive and healing." 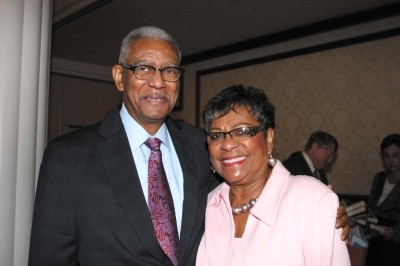 The panel will also include Jewell Debnam, an assistant professor of history at Morgan State University, and Rabbi Daniel Burg, from Beth Am Synagogue.

"We have a mission of promoting hope, health, and healing through harmony," Branch says. "There is tremendous healing power in music—for the body as well as the soul. This performance I think will do just that." 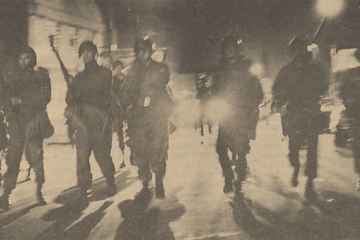 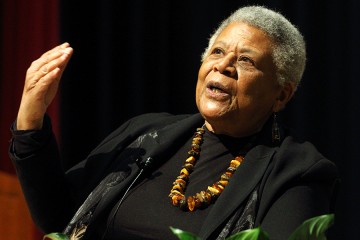