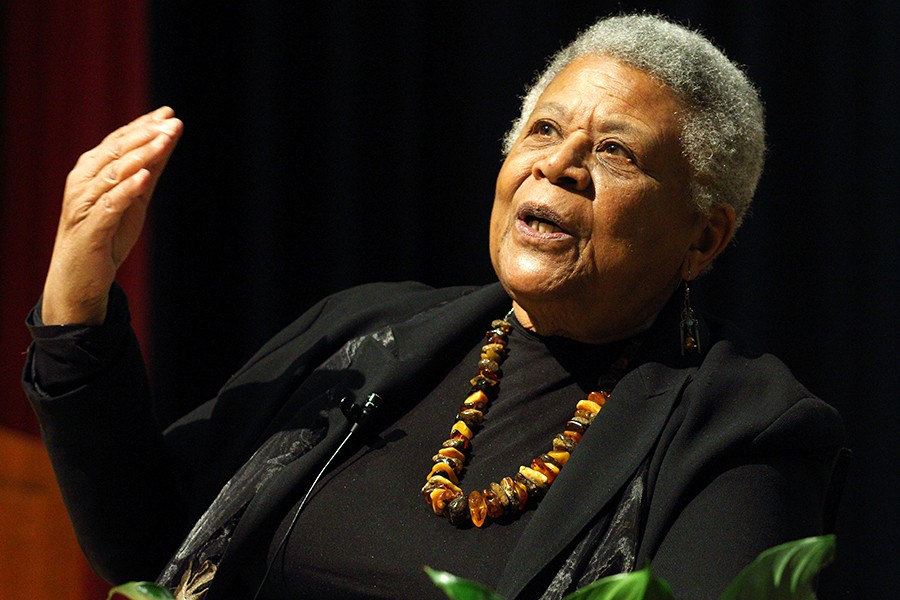 Minnijean Brown Trickey, one of nine teenagers at the center of the tumultuous integration of Central High School in Little Rock, Arkansas, in the late 1950s, did not set out to become a civil rights icon, she said Friday afternoon at Johns Hopkins.

She simply wanted to attend a school that was close to her home, one that she could walk to.

"We are so indebted to this brave lady and her classmates for standing up for justice."
Ken Grant
Vice president of general services, The Johns Hopkins Hospital

"Everybody wants it to be, 'Oh my God, it was about changing things,'" Brown Trickey said at Friday's 36th annual Martin Luther King Jr. Commemoration hosted by Johns Hopkins Medicine. "No. … We were just kind of being silly and signed up."

Six decades later, Brown Trickey and the rest of the Little Rock Nine are remembered for their pioneering role in the civil rights movement and for their exceptional courage under extraordinary circumstances. Brown Trickey, now 76, received multiple standing ovations from the near-capacity crowd at Turner Auditorium on Johns Hopkins' East Baltimore campus.

"We are so indebted to this brave lady and her classmates for standing up for justice, and at such a very young age," said Ken Grant, vice president of general services at The Johns Hopkins Hospital and the event's emcee. "You are never too young to stand tall for what is right, to stand tall for justice."

Brown Trickey was barely 16 when she was catapulted to the forefront of the civil rights struggle as one of nine African-American students selected to attend Central High following the Brown v. Board of Education Supreme Court decision of 1954. The students were prevented from attending their first day of classes in 1957 because the Arkansas National Guard formed a blockade around the school. Days later, President Dwight Eisenhower intervened by ordering the 101st Airborne Division to escort the teenagers past the angry mob of protesters who had assembled. Video footage of those chaotic first days was shown during Friday's event.

During the school year, the Little Rock Nine were subjected to harassment and physical abuse by their white classmates. Brown Trickey, who was taunted, assaulted, and suspended twice, eventually transferred to a different school.

On Friday, she spoke very little about her days at Central High, instead delivering a broader message about the power of nonviolent protest and activism, while interspersing anecdotes about her organic gardening hobby and the time when, as a 6 year old, she accidentally swallowed her nickel bus fare.

But she did say that the behavior of our children—today as in 1957—tell us who we are, "as a nation, as a people, as a society.

"What Little Rock did was expose who we are," she said. "I was a good kid. I knew all the pledges, sang all the anthems. And yet I lived in a society where, when I tried to go to school, people were willing to try to kill me.

"When I see the photos, I see that they threw away their dignity, and it landed on us."

The Martin Luther King Jr. Commemoration was founded by Levi Watkins Jr., the first black chief resident of cardiac surgery at The Johns Hopkins Hospital. He made medical history by implanting the first automatic heart defibrillator in a patient in 1980. A dedicated civil rights advocate, Watkins—who died in 2015 at age 70—founded the event to celebrate the legacy of Martin Luther King Jr. and the spirit of service at Johns Hopkins. Past speakers at the MLK event include Maya Angelou, Stevie Wonder, James Earl Jones, Bishop Desmond Tutu, Rosa Parks, and Coretta Scott King.

The event's theme this year was "What Are You Doing for Others?" which more than one speaker noted King called "life's most persistent and urgent question."

"I'm going to leave you with the words of Dr. King, who said 'Every step toward the goal of justice requires the tireless exertions and passionate concern of dedicated individuals,'" Rothman said. "I hope everyone remembers that and every day tries to do what they can to help those around us." 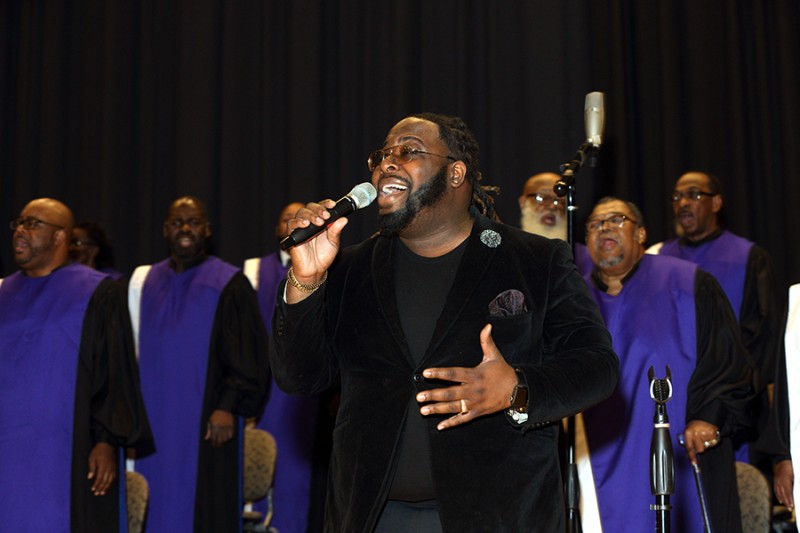 Image caption: The Unified Voices choir, made up of Johns Hopkins employee and members of the community, performed during the Martin Luther King Jr. Commemoration event. 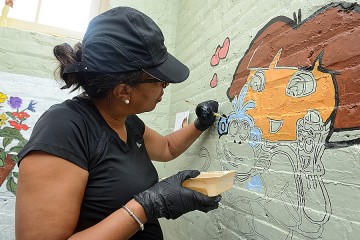 Published Jan 8, 2018
More than 500 Johns Hopkins volunteers are expected to participate in Baltimore and D.C.