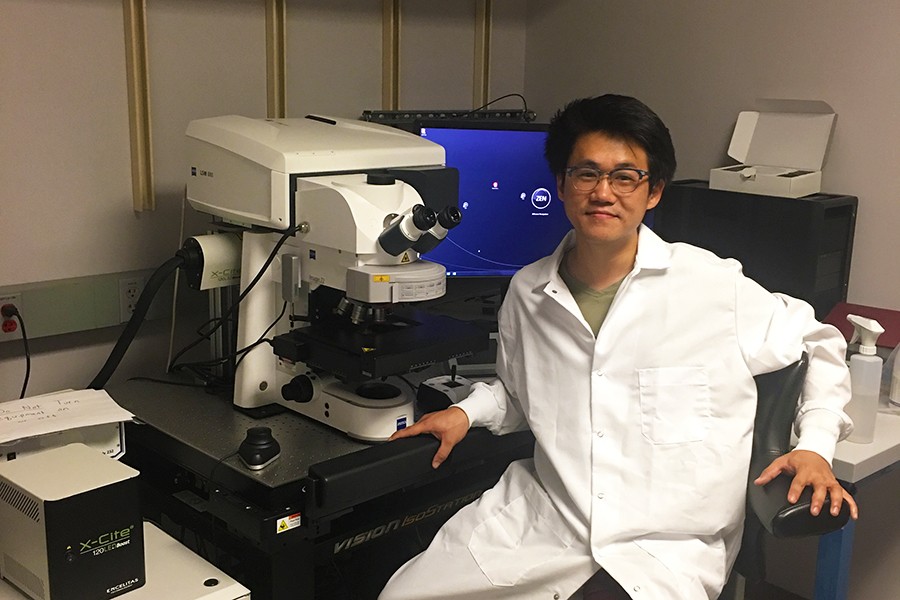 Chung-ha Davis remembers the eureka moment when he knew he would become a neuroscientist. He was in a lab at Johns Hopkins studying the interactions of different types of cells in the optic nerve, investigating the neural processes associated with glaucoma. Using an electron microscope, he zoomed in to 100, then 200 times the magnification, seeing cell structures and organelles he had only ever seen as illustrations in a textbook.

That passion, fueled by his teachers and mentors and a natural curiosity about the nervous system, propelled Davis to graduate with a combined bachelor's and master's degree in neuroscience from Johns Hopkins in 2012. Now he has been awarded a prestigious Soros Fellowship to fund his PhD in neuroscience at Stanford for two years.

"An education in the U.S. is a unique privilege relative to the rest of the world. For most immigrants, we're acutely aware of that privilege because we've existed without it and made sacrifices to get it."
Chung-ha Davis
2018 Soros Fellow

The Paul and Daisy Soros Fellowships for New Americans are $90,000, merit-based fellowships exclusively for immigrants and children of immigrants who pursue a graduate education in the U.S. The competitive selection process identifies those who are poised to make significant contributions to the nation through their work in any field. The fellows are chosen not only for their academic accomplishments, but also their creativity, originality, and initiative. The program regularly draws thousands of applicants for just 30 fellowships.

Like many immigrants who come to America, Davis' story is a complicated one. At 8 years old, he was adopted by his father's sister and her husband and moved from Seoul, South Korea, to the U.S. so that he could attend school. Leaving behind his parents was extremely difficult, he says, but he understands how the whole family's sacrifices made it possible for him to succeed.

"An education in the U.S. is a unique privilege relative to the rest of the world," Davis says. "For most immigrants, we're acutely aware of that privilege because we've existed without it and made sacrifices to get it. I feel more aware of the importance of the opportunities in my life because there was sacrifice and pain in order to get them."

He credits his Johns Hopkins advisers with helping him find opportunities for success. Linda Gorman, a neuroscientist and director of undergraduate studies for the Krieger School, helped him not only with his academic studies but his career-planning as well, and neuroscientists Nicholas Marsh-Armstrong and Stewart Hendry helped shape the way he understood the nervous system.

"It was during my research at Johns Hopkins that my love of neuroscience really crystallized, and I can't believe that I can make a livelihood doing something this fun," he says.

Davis says he travels every other year to South Korea to visit his family. 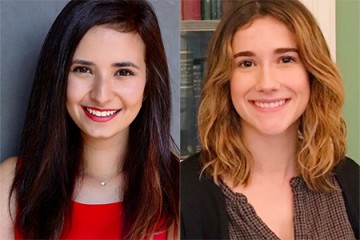 Published April 2, 2018
They are among 41 who will receive paid summer internships at leading space or aviation companies 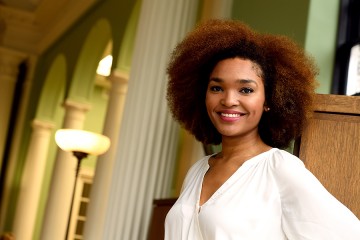