Scientists decry a lack of actual science in forensic methods 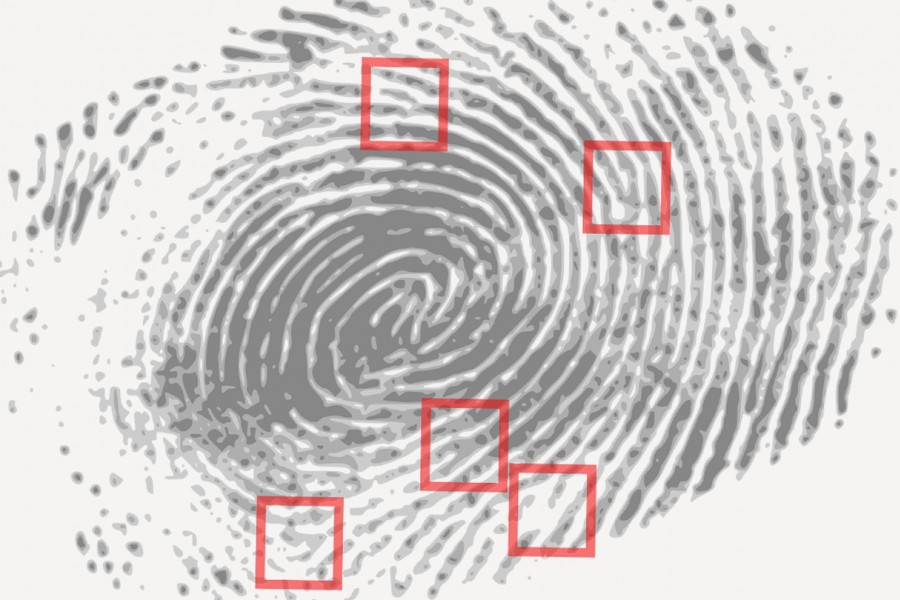 Many of the "forensic science" methods commonly used in criminal cases and portrayed in popular television crime dramas have never been scientifically validated and may lead to unjust verdicts, according to an editorial published in this week's Proceedings of the National Academy of Sciences.

The scientists, led by Johns Hopkins Bloomberg Distinguished Professor Arturo Casadevall, wrote their editorial as an appeal to the scientific community to help maintain the momentum in putting forensic science on firmer scientific ground.

"We wanted to alert people that this is a continuing and a major issue: that many of the forensic techniques used today to put people in jail have no scientific backing."
Arturo Casadevall
Bloomberg Distinguished Professor

"We wanted to alert people that this is a continuing and a major issue: that many of the forensic techniques used today to put people in jail have no scientific backing," says Casadevall, who chairs the Department of Molecular Microbiology and Immunology at the Johns Hopkins Bloomberg School of Public Health.

Traditional forensic methods aimed at linking suspects to patterns found at the crime scene—fingerprints, bite-marks, footprints, tire-marks—were developed by law-enforcement laboratories and matured largely outside of mainstream scientific culture. Once these methods became admissible in criminal cases, they continued to be used in court by the principle of judicial precedent. Yet while fingerprint analysis recently has been reformed into a more quantified, objective, empirically based method, most other traditional pattern-matching methods continue to be used despite insufficient understanding of their accuracy and reliability.

"The forensic experts might claim, for example, that the fibers isolated from a body 'match' the fibers in a rug that was in the back of the suspect's truck, but generally they won't be able to say what the error rate in their conclusion is," Casadevall says. "In other words, they haven't properly characterized the uncertainties involved in concluding that it is a match."

A major catalyst for a re-examination of forensic methods was DNA analysis, which entered widespread use in forensics in the 1990s and had an unprecedentedly high accuracy and reliability. DNA analysis overturned many convictions that had been based on traditional, less precise methods, and it forced the recognition that these traditional methods were overdue for scientific scrutiny.

At the behest of Congress, the National Academy of Sciences convened a panel to study the problem, and in 2009 the NAS panel issued a report that was sharply critical of contemporary forensic science. The authors concluded that, "with the exception of nuclear DNA analysis ... no forensic method has been rigorously shown to have the capacity to consistently and, with a high degree of certainty, demonstrate a connection between evidence and a specific individual or source."

The NAS report also recommended the establishment of a research organization that would be dedicated to reforming forensic science and bringing it into mainstream scientific culture. The report urged that this entity be independent of the Department of Justice, which has little institutional interest in questioning older methods, since that could lead to the overturning of old verdicts.

Casadevall and colleagues argue in their essay that the problems with forensic science are rooted in the discipline's traditional close association with prosecutors and law enforcement.

"Almost all publicly funded [forensic] laboratories, whether federal, state, or local, are associated with law enforcement. At the very least, this creates a potential conflict of interest," they note.

In the end, though, the DOJ prevailed. The National Commission for Forensic Science was established by the DOJ and the National Institute of Standards and Technology to increase communication among academic scientists, judges, prosecutors, lawyers, and the forensic science community. Following the 2016 presidential election, the winds shifted and the DOJ declined to renew the commission. The authors of the new editorial were the six independent scientists who had served on the forensic science commission, including Casadevall.

"It's a shame—we had been making a lot of progress," Casadevall says. "Commissioners were realizing that, in addressing these questions, they might be able to improve their methods and the justice system."

Casadevall sees little chance that the NCFS will be resurrected by the current administration, but he and his colleagues hope that by drawing attention to the problem, they can inspire the scientific and forensic communities to keep pushing for reforms, including mandatory empirical testing of all methods that are currently admissible in court.

"We're hoping to keep the issue alive," he says, "and we can see that a lot of otherwise educated and well-informed people still don't understand the extent of the problem."

Casadevall's co-authors are from West Virginia University, Cornell University, the Salk Institute for Biological Studies, Brown University, and the University of Arizona.