Gary Posner, a renowned chemist who spent 47 years on the faculty at Johns Hopkins University before his retirement in 2016, died Monday of Parkinson's disease. He was 74. 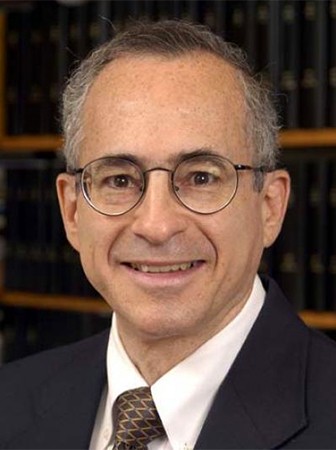 Posner joined the faculty of JHU's Department of Chemistry in 1969 and was named the Jean and Norman Scowe Professor of Chemistry in 1989. He spent his career teaching undergraduate and graduate students and also had an affiliation with the Malaria Research Institute at the Johns Hopkins Bloomberg School of Public Health.

Posner is best known in the field for his pioneering research in organocopper chemistry, including his involvement in the development of the Corey-House-Posner-Whitesides reaction. He is the author of the textbook An Introduction to Synthesis Using Organocopper Reagents.

His more recent research was focused on applying organic synthesis to the preparation of novel medicinal agents including isothiocyanates with anticancer properties, new Vitamin D analogs for the treatment of psoriasis, and new antimalarial peroxides.

"I knew Gary as a chemist, teacher, academic, and very good racquetball partner," David Yarkony, chair of the Department of Chemistry, said. "His work on malaria drugs is universally admired and impactful.

"His son, Michael, reminded us of his affinity for quoting John Donne, often saying 'No man is an island.' Today we are sadly reminded of another portion of that poem: 'Therefore never send to know for whom the bells tolls; it tolls for thee.' We are all diminished by Gary's passing."

A native of New York, Posner earned an undergraduate degree in chemistry from Brandeis and master's and doctoral degrees in organic chemistry from Harvard. He completed his postdoctoral studies at the University of California, Berkeley.

He was the recipient of numerous awards and honors, including being named Chemist of the Year in Maryland in 1987 by the American Chemical Society. He also received the Brown University Award for Excellence in Vitamin D Research in 2004, the American Chemical Society Cope Senior Scholar Award in 2004, and the Novartis Chemistry Lectureship in 2005.

"Through his outstanding training of graduate students, postdoctoral associates, and undergraduates, Gary will have a lasting impact on the scientific community in the form of his extended academic family," said Thomas Lectka, the current Jean and Norman Scowe Professor of Chemistry.