Study suggests gender-affirming surgeries are on the rise, along with insurance coverage

In a national medical records analysis, researchers at Johns Hopkins found evidence that the number of gender-affirming surgeries performed in hospitals for transgender individuals is on the rise, along with increased access made possible by Medicare, Medicaid, or private insurance coverage for the procedures.

The study, published today in JAMA Surgery, is among the first, the researchers say, to examine trends in gender-affirming surgery services, which historically have been poorly understood, in part owing to a lack of data collection. One trend the researchers discovered was a complete lack of observed mortality associated with gender-affirming surgery throughout the entire study period, suggesting that contrary to some criticism, it is safe.

"Without data specific to transgender patients, we can't tell what we're doing right and what we need to improve. This study was an attempt to address that problem with the best data we have available now."
Brandyn Lau
Assistant professor, Johns Hopkins Medicine

"Every part of medicine has areas where we can do better," says Brandyn D. Lau, an assistant professor at the Johns Hopkins University School of Medicine and director of quality and research for the new Johns Hopkins Center for Transgender Health. "Without data specific to transgender patients, we can't tell what we're doing right and what we need to improve. This study was an attempt to address that problem with the best data we have available now."

Transgender individuals have a gender identity that differs from their assigned biological sex at birth. To address this incongruence, many of the estimated 1.4 million transgender adults in the U.S. seek gender-affirming interventions such as hormone therapy, genital and breast surgeries, and facial contouring.

When the Affordable Care Act banned discrimination on the basis of gender identity, state and federal insurance regulations shifted toward increased coverage of such interventions. But little has been known about how many surgical procedures take place and how they're purchased, Lau says.

To investigate, Lau, along with Joseph K. Canner, a senior research data manager and co-director of the Johns Hopkins Center for Surgical Outcomes Research, and other colleagues searched for information in the National Inpatient Sample, the largest inpatient care database in the U.S. It contains more than 20 years of procedure-specific information sampled from more than 1,000 hospitals each year.

The researchers scoured the NIS for records that combined standard diagnosis codes for either transsexualism or gender identity disorder and procedure codes for a range of surgical procedures commonly associated with gender affirmation, including removal or construction of genitalia or breasts. They compared data from three time frames: 2000–2005, 2006–2011, and 2012–2014.

Overall, Lau says, the data showed 37,827 medical encounters identified by a diagnosis code for transsexualism or gender identity disorder between 2000 and 2014. About 11 percent of these encounters involved gender-affirming surgery. About 57 percent of the patients were white, and they had a median age of 38.

Overall, the total number of procedures increased nearly four-fold from the beginning of the study's time span in 2000 to the end in 2014. Throughout the study's entire time span, there were zero observed instances of in-hospital mortality. In a separate analysis on each time frame, the researchers found that about half of the 4,118 patients who had gender-affirming surgery paid out of pocket in 2000-2005, and about 65 percent did so from 2006 to 2011.

Besides identifying payment trends, the study also demonstrated that it's possible to obtain information about transgender patients and procedures using a national database, Lau and Canner say. They say it has been a potential challenge because information about gender identity isn't typically collected as part of patients' medical records.

If patients were routinely asked about gender identity and their responses documented in the medical record in a standardized way, the researchers add, it might increase the value of other datasets for researchers seeking to draw conclusions about outcomes or disparities for transgender patients, in the same way that age, race, and sex outcomes and disparities have been exposed.

"When exploring national databases, you always have to be careful about the reliability of outcomes linked to procedures," Lau says. "Mortality is usually a pretty reliable outcome, and we were excited to see that there were no instances of mortality associated with inpatient gender-affirming surgery."

Lau and Canner suggest that information being collected at centers that specifically care for transgender patients, such as the new Johns Hopkins Center for Transgender Health, directed by the study's co-author Devin Coon, is a significant step toward that goal.

"Eventually, we can move from bean counting about how many gender-affirming surgeries have been done to patient- and clinic-reported outcomes, putting these procedures in the same sphere as virtually all other types of surgeries," Canner says. 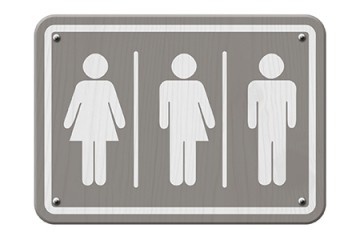