A new analysis finds that in the big picture, it makes economic sense for U.S. health insurance companies to cover costs for transitioning to the opposite sex.

While most health insurance policies currently deny benefits to transgender people for medical services to transition—such as hormones and sex reassignment surgery—research from the Johns Hopkins Bloomberg School of Public Health suggests it would actually be cost-effective to cover those expenses.

Overall, the budget impact for society would be minimal, researchers determined. They calculated that the costs would be fewer than two pennies per month for every person with health insurance coverage in the United States. The findings are published online in the Journal of General Internal Medicine.

Estimates vary widely, but it's believed that between 3,000 and 9,000 Americans undergo sex reassignment surgery each year. Other transition medical care can include hormone replacement therapy, mastectomy, plastic surgery, and psychotherapy.

Though more insurers are starting to cover these services (and in 2014, the Centers for Medicare & Medicaid Services lifted its long-standing ban on providing such care), it's still not the norm. Yet many experts, including those at the American Medical Association, agree that transition care and services are medically essential for transgender people.

"Many insurance companies have said that it's not worth it to pay for these services for transgender people," says study leader William Padula, assistant professor of health policy and management at the Bloomberg School. "Our study shows they don't have an economic leg to stand on when they decide to deny coverage. This is a small population of people and we can do them a great service without a huge financial impact on society."

To put these numbers into context, Padula describes costs associated with care for people with rare diseases. For example, cystic fibrosis affects just 30,000 people in the U.S. but can be treated as a chronic condition with new medications for $300,000 a year. While this is neither cost-effective nor individually affordable, Padula says, society has decided to cover treatment out of compassion. The same philosophy can apply to medical care for transgender people, he says.

"For this small investment for a small number of people, we could improve their lives significantly," Padula says. 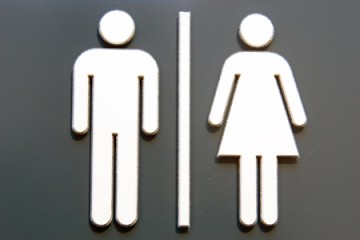 Published Dec 5, 2013
Exploring the ethics of a gender reassignment surgery paid for by an online fundraising appeal