In 'Washington Post' op-ed, historian Martha Jones says portrait connects Obama to the legacy of black women in the White House and their political influence there 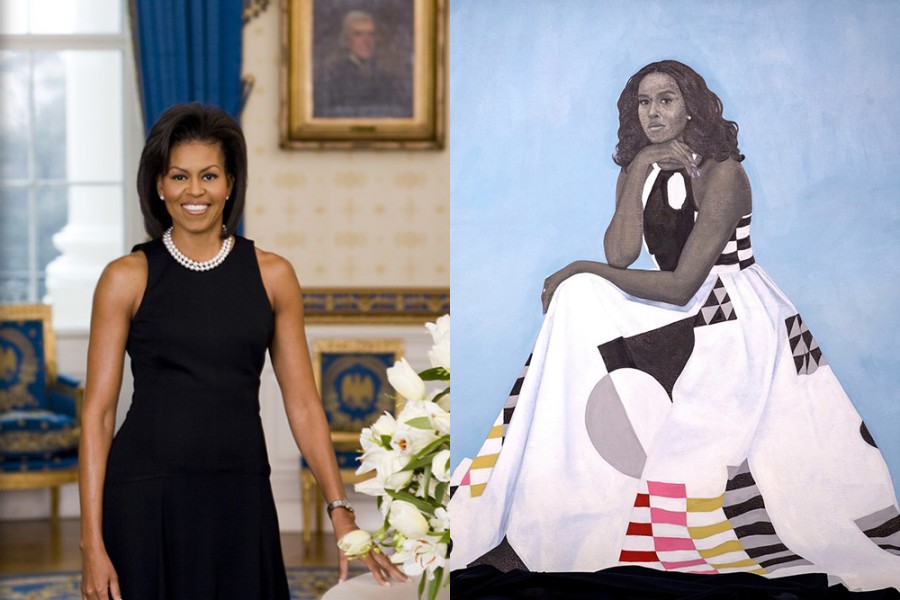 Image caption: The two official portraits of Michelle Obama—the first photographed in 2009 (left) and the other painted for the National Portrait Gallery and unveiled last week—join a complex history of representation in the White House

What the discussions missed, says Johns Hopkins historian Martha Jones, is how the portrait, painted by Baltimore artist Amy Sherald for the Smithsonian's National Portrait Gallery, connects the first black first lady to the legacy of black women in the White House and their political influence there.

Depictions of the former first lady, Jones writes in an op-ed in The Washington Post, "draw upon centuries of lessons about how to craft one's image and use it in the public sphere."

Jones reminds readers that Obama's first official portrait, a photograph taken by Joyce N. Boghosian in 2009, was similarly judged. At the time, the public debated the appropriateness of the first lady's bare arms—ignoring in the process the significance of the location she had chosen for her portrait: the White House's Blue Room, in front of a painting of Thomas Jefferson.

"The nation's first black first lady stood in front of one of the scions of American slavery and American freedom, and his shadowy presence only underscored how black women have come to take charge of their political identities," writes Jones.

Obama joins the legacy of black women who have occupied the space of the White House in various ways, and the various ways they were depicted: Ona Judge, who escaped slavery under George Washington and whose likeness lives on in the form of a fugitive slave description in the newspaper; Sally Hemmings, a slave to Thomas Jefferson who bore several children fathered by him and who was depicted in political cartoons; Elizabeth Keckley, who was Mary Todd Lincoln's dressmaker and whose autobiography was helped shape the post-Civil War era; and Mary McLeod Bethune, an educator and government administrator who was frequently photographed alongside Eleanor Roosevelt.

In Obama's official portrait for the Smithsonian, the artistic and stylistic flourishes that attracted criticism—the colors, the dress, her bare arms—represent an authority and independence not historically granted to black women in the White House.

These two images of Obama's exposed arms bring history—that of black women and the White House—full circle. Images of black women in that iconic place have, since the nation's founding, provoked questions about the character of our body politic. Understanding how such representations are crafted and received sheds light on changing ideas about who can represent the nation and on what terms. Obama's latest image is no exception. It is a bold assertion of political power and equality, even as America remains burdened with racism and sexism. 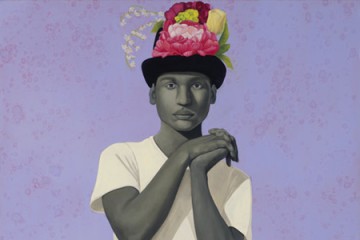 Amy Sherald to speak at JHU