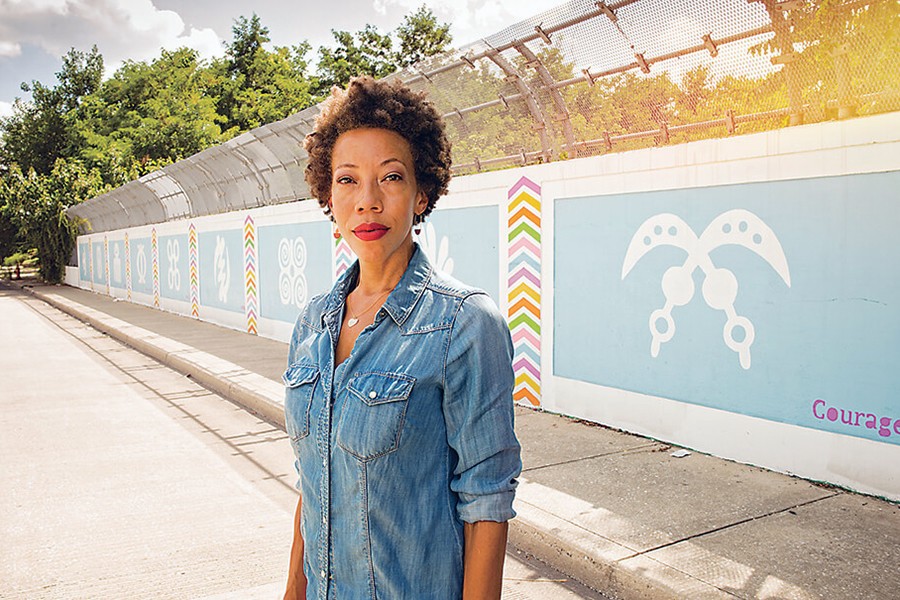 Baltimore-based artist Amy Sherald, 44, is known for creating striking portraits of African-American people, whose skin she depicts in gray scale monochrome against brightly colored, often textural backgrounds. She clothes the figures in colorful outfits and accessories, creating a dreamily detached yet penetrating view of individuals who have been ignored for centuries by artists. 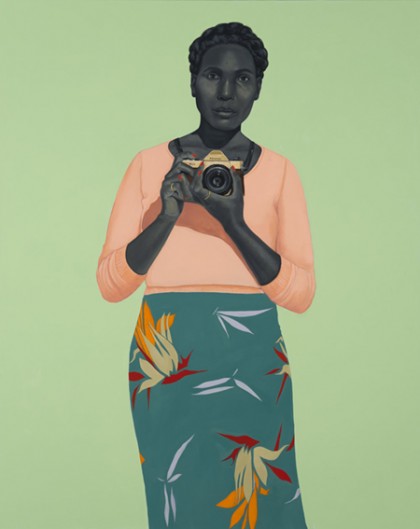 Image caption: "What's Different About Alice Is That She Has the Most Incisive Way of Telling the Truth," 2017, by Amy Sherald. Oil on canvas.

Friday, Sherald's name gained new prominence when it was announced that the Smithsonian's National Portrait Gallery had commissioned her to paint the official portrait of Michelle Obama. Sherald's selection was made by the former first lady herself.

Later this month, the artist will visit Johns Hopkins University for an event titled Stories: A Slide Talk by Painter Amy Sherald.

Sherald, a native of Columbus, Georgia, was recently awarded the Geneviève McMillan/Reba Stewart Chair in Painting at the Maryland Institute College of Art. Last year, she became the first woman to win first place in the National Portrait Gallery's Outwin Boochever Portrait Competition. In addition to the $25,000 grand prize and the opportunity to create a portrait for the gallery's permanent collection, Sherald's painting, Miss Everything (Unsuppressed Deliverance), is currently part of a nationwide museum tour.

In an interview with The Baltimore Sun, Sherald described the inspiration she drew from the 2003 Tim Burton fantasy drama Big Fish in creating the style of her portrait series.

Why the Obamas’ portrait choices matter

"As I re-watched [the movie,] I realized that that was kind of what was missing that I wanted to see exist in the world: these different archetypes of self-satisfied people of color," she said. "As a portrait painter, I have an opportunity to narrate this story for us in a way that has not been narrated historically." 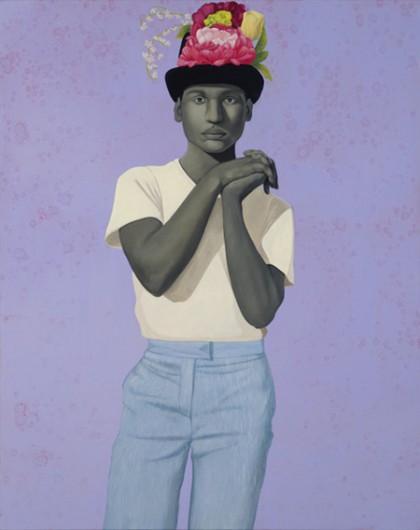 The Smithsonian also announced Friday that artist Kehinde Wiley will create the portrait of President Barack Obama. The portraits of the former president and first lady will be unveiled at the museum in early 2018 and will be added to the National Portrait Gallery's permanent collection.

Stories: A Slide Talk by Painter Amy Sherald will take place Thursday, Oct. 26, at 5:30 p.m. in Room 101 of the F. Ross Jones Building at the Mattin Center on JHU's Homewood campus. The talk co-sponsored by the Center for Visual Arts and the Homewood Arts Programs, is free and open to the public.