Nancy Funk, who retired last year after 31 seasons as head coach of the Johns Hopkins women's basketball team, died Tuesday after a two-year battle with cancer. She was 66.

Funk came to Johns Hopkins in 1986, where she inherited a program that had won just 44 games over its first 11 seasons. Over the next three decades, she led the Blue Jays to 537 victories, 26 winning seasons, four Centennial Conference Championships, and 10 NCAA tournament appearances. 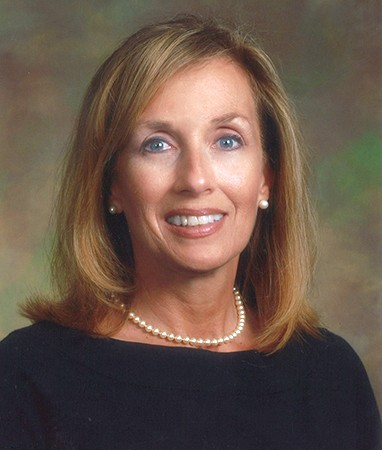 She concluded her 40-year coaching career with a record of 663-353 and ranks eighth in NCAA Division III history in career victories.

"I cherish the 40 years of coaching that have allowed me to be a part of the lives of so many outstanding young women and their families, both during their time in college and beyond," Funk said when her retirement was announced in April. "The wonderful relationships we have with our alumni are very special—I am truly grateful for those relationships."

Funk, the winningest coach in the program's history, was twice named the Centennial Conference Coach of the Year and twice earned WBCA Mid-Atlantic Coach of the Year honors as well. She guided the Blue Jays to six consecutive NCAA tournament appearances from 1995–2000 and took them to the NCAA quarterfinals in 1997 and 1998. Johns Hopkins also advanced to the Sweet 16 in 1995 and won at least one game in the NCAA tournament in nine of its 10 appearances.

"It is easy to measure the success of a head coach by wins and losses, but that doesn't begin to tell the whole story of the career of Nancy Funk at Johns Hopkins," Alanna Shanahan, Johns Hopkins' director of athletics and recreation, said when Funk announced her retirement. "Yes, her legacy includes conference championships, NCAA tournament appearances, and more victories than any women's coach in school history, but she also mentored so many young coaches—male and female—who came to Johns Hopkins and built highly successful programs of their own. In [2023] we will celebrate 50 years of women's athletics at Johns Hopkins; in that time there will not likely have been a more prominent figure than Nancy Funk."

Funk was born on April 27, 1951, in Allentown, Pennsylvania, where she lived until she was in third grade, when her family moved to Philadelphia. There, she grew to be a devoted fan of the Philadelphia Phillies, and during her time at JHU, she was often seen supporting the Hopkins baseball team wearing her signature Phillies cap.

Funk graduated from Messiah College in 1977 with a degree in nursing and a minor in biology, and she later earned a master's in secondary education from what was then Western Maryland College (now McDaniel). She spent nine years as the head women's basketball coach at her alma mater, where she compiled a 126-89 record before coming to Hopkins.

She is survived by her husband, Dave; their children Jared, Courtney, and Kelsey; and five grandchildren.

Services will be held on Monday, Feb. 12, at 11 a.m. at Grace Fellowship Church in Timonium, Maryland. In lieu of flowers, Funk's family asks that contributions in her honor be made to Coaches vs. Cancer via the American Cancer Society.