Johns Hopkins University will induct nine new members into its Athletic Hall of Fame in ceremonies scheduled this spring.

Below is a look at the nine individuals who comprise the 2018 Johns Hopkins Athletic Hall of Fame class of inductees:

One of the truly dominant pitchers in the storied history of the Johns Hopkins baseball program, Brown was the ace of the Blue Jay staff during one of the great runs under head coach Bob Babb. Brown helped lead Johns Hopkins to a staggering record of 108-20, three straight Centennial Conference titles, and three trips to the NCAA Mid-Atlantic Regional. In the 2004 season that saw the Blue Jays start 33-0 and lead the nation in winning percentage, Brown posted a 9-0 record with a 1.55 ERA and 93 strikeouts; the 9-0 mark in his final season was part of a run for Brown that saw him win the final 14 decisions of his career. Statistically, Brown ranked among Johns Hopkins' career leaders in victories, ERA, complete games (14) and strikeouts (247) when he graduated in 2004.

Jackie Fatula established herself as one of the top field hockey players in school history during her career from 1985-88. She graduated in 1989 as Johns Hopkins' career leader in goals (36) and points (82); nearly 30 years after she played her final game, she still ranks sixth in school history in points and tied for fourth in goals. In addition to her participation in field hockey, Fatula was also a member of the Johns Hopkins women's lacrosse team as a sophomore in 1987 and a junior in 1988. The Blue Jays advanced to the NCAA Quarterfinals in 1987 and the NCAA Semifinals in 1988.

Easily the most decorated women's lacrosse player in program history, Mary Key's accomplishments on the lacrosse field rank among the best in Division I history. A finalist for the Tewaaraton Award and the IWLCA Attacker of the Year when she graduated in 2007, Key finished her career with school records of 234 goals and 149 assists for 383 points. She ranked second in Division I women's lacrosse history in points and ninth in goals when she graduated and remains one of just three players in Division I history with more than 230 goals and 140 assists. She remains the only player in program history to be named IWLCA Attacker of the Year and her three selections as a nominee for the Tewaaraton represent half of the six all-time for Johns Hopkins.

Brian Kuczma enjoyed a standout career as a defenseman on the Johns Hopkins men's lacrosse team from 1994 until he graduated in 1997, when he was named to the All-Time Johns Hopkins Team. He spent the final three of those four years as the Blue Jays' number one defenseman and regularly drew the assignment of covering the opposition's top attackman. He earned All-America honors in each of his final three seasons, and as a senior earned the William C. Schmeisser Award as the nation's top defensive player. Kuczma finished his career with two goals, three assists and 173 ground balls. He helped guide the Blue Jays to a four-year record of 40-16 with two trips to the NCAA Semifinals and two trips to the NCAA Quarterfinals.

Playing at a time when freshmen were ineligible for varsity athletics, Sam Palmisano was a three-year starter at center for the Johns Hopkins football team from 1970-72. A team captain and a First Team All-Middle Atlantic Conference selection as a senior, Palmisano helped Johns Hopkins to a three-year record of 17-10. Only once in the 23 years after Palmisano graduated in 1973 did Johns Hopkins win more than 17 games in a three-year span. Palmisano was the leader of a very effective group whose efforts dot the Blue Jay record book more than 40 years later. He and his teammates were at their best late in the season as Johns Hopkins compiled a sparkling 8-1 record in November during his three years of varsity action with season-ending wins against rival Western Maryland during his junior and senior years.

With offensive tackle Matt Weeks helping lead the way, Johns Hopkins posted a four-year record of 34-8 from 2001-04; the Blue Jays won a then school-record nine games in 2002, broke that mark with 10 wins in 2003 and added another nine-win season in 2004. In each of those seasons before Weeks graduated in 2005, the team capped the year with a share of the Centennial Conference title and an ECAC Bowl Championship. Weeks earned All-America honors from two different organizations as a junior and was a two-time First Team All-Centennial Conference and two-time First Team All-ECAC selection. He was just the second offensive lineman to earn All-America honors under head coach Jim Margraff.

The only head coach in the history of the Johns Hopkins women's soccer program, Leo Weil has transformed the team from club status to national power. Weil has compiled a record of 375-115-38 (.746) since the program gained varsity status in 1992 and he ranks 10th in NCAA Division III women's soccer history in career victories. He ranks as the winningest coach in Centennial Conference history in overall wins, league wins (190), and conference tournament wins (25); his Blue Jays have won 13 Centennial Conference titles, including a record seven straight from 2005-11. On the national level, Weil has guided Johns Hopkins to the NCAA Tournament 16 times and the Blue Jays have appeared in the post-season (NCAA or ECAC) in each of the last 21 years.

Playing during what may have been the best four-year period in the history of the Johns Hopkins men's soccer program, Aerik Williams established himself as one of the truly great players in school history, helping guide Johns Hopkins to a four-year record of 65-11-4, two Centennial Conference titles, and two ECAC Championships. He played in all 22 games as a freshman in 1998 and led the Blue Jays to the NCAA Quarterfinals, where they fell in triple overtime. Two years later, Williams helped lead Johns Hopkins back to the NCAA Tournament and a run to the Sweet 16. The 1998 team won a then school-record 18 games. More than 15 years after he graduated in 2002, Williams still holds the Johns Hopkins single-season and career records for assists, and remains the only player in school history with 10 or more assists in two different seasons. 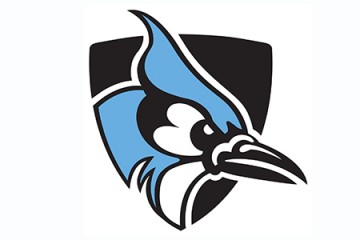