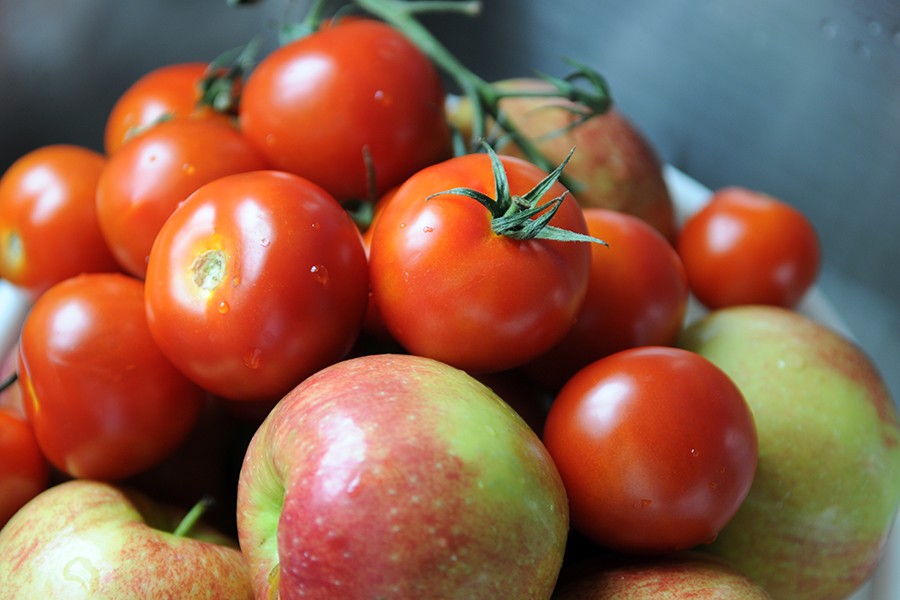 The natural decline in lung function over a 10-year period was slower among former smokers with a diet high in tomatoes and fruits, especially apples, according to a study from the Johns Hopkins Bloomberg School of Public Health, suggesting certain components in these foods might help restore lung damage caused by smoking.

The researchers found that adults who on average ate more than two tomatoes or more than three portions of fresh fruit a day had a slower decline in lung function compared to those who ate less than one tomato or less than one portion of fruit a day, respectively. The researchers inquired about other dietary sources such as dishes and processed foods containing fruits and vegetables—such as tomato sauce—but the protective effect was only observed in fresh fruit and vegetables.

"Diet could become one way of combating rising diagnosis of COPD around the world."
Vanessa Garcia-Larsen
Assistant professor

The paper, which is part of the Ageing Lungs in European Cohorts study funded by the European Commission and led by Imperial College London, also found a slower decline in lung function among all adults with the highest tomato consumption, including those who had never smoked or had stopped smoking. The findings appear in the December issue of the European Respiratory Journal.

"This study shows that diet might help repair lung damage in people who have stopped smoking. It also suggests that a diet rich in fruits can slow down the lung's natural aging process even if you have never smoked," says Vanessa Garcia-Larsen, assistant professor in the Bloomberg School's Department of International Health and the study's lead author. "The findings support the need for dietary recommendations, especially for people at risk of developing respiratory diseases such as COPD."

For the study, the research team assessed the diet and lung function of more than 650 adults in 2002, then repeated lung function tests on the same group of participants 10 years later. Participants from three European countries—Germany, Norway, and the United Kingdom—completed questionnaires assessing their diets and overall nutritional intake. They also underwent spirometry, a procedure that measures the capacity of lungs to take in oxygen.

The test collects two standard measurements of lung function: Forced Exhaled Volume in one second, which measures how much air a person can expel from their lungs in a second; and Forced Vital Capacity, the total amount of air a person can inhale in six seconds. The study controlled for factors such as age, height, sex, body mass index, socio-economic status, physical activity, and total energy intake.

Among former smokers, the connection between diet and lung function was even more striking. Ex-smokers who ate a diet high in tomatoes and fruits had slower decline over the 10-year period. This suggests that nutrients in their diets are helping to repair damage done by smoking.

"Lung function starts to decline at around age 30 at variable speed depending on the general and specific health of individuals," Garcia-Larsen says. "Our study suggests that eating more fruits on a regular basis can help attenuate the decline as people age, and might even help repair damage caused by smoking. Diet could become one way of combating rising diagnosis of COPD around the world." 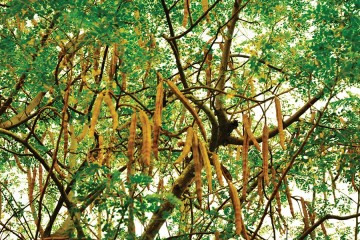 Published Winter 2016
The moringa tree has been hailed as the latest and greatest superfood, but that may not be its true value / Johns Hopkins Magazine