Some heart disease patients face a higher risk of sudden cardiac death, which can happen when an arrhythmia—an irregular heartbeat—disrupts the normal electrical activity in the heart and causes the organ to stop pumping. However, arrhythmias linked to sudden cardiac death are very rare, making it difficult to study how they occur—and how they might be prevented. 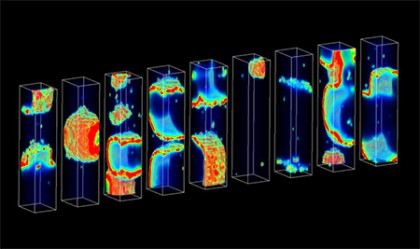 Image caption: Each rectangular structure represents a heart cell in the team's computer model. The color bursts depict propagating waves of calcium. Each cell is identical but exhibits a distinct pattern of calcium waves due to random ion channel gating. The team investigated how this randomness gives rise to sudden unpredictable arrhythmias in heart disease.

To make it much easier to discover what triggers this deadly disorder, a team led by Johns Hopkins researchers constructed a powerful new computer model that replicates the biological activity within the heart that precedes sudden cardiac death.

In a study published recently in PLOS Computational Biology, the team reported that the digital model has yielded important clues that could provide treatment targets for drugmakers.

"For the first time, we have come up with a method for relating how distressed molecular mechanisms in heart disease determine the probability of arrhythmias in cardiac tissue," said Raimond L. Winslow, a professor in the Department of Biomedical Engineering at Johns Hopkins and senior author of the study.

"The importance of this is that we can now quantify precisely how these dysfunctions drive and influence the likelihood of arrhythmias. That is to say, we now have a way of identifying the most important controlling molecular factors associated with these arrhythmias."

With this knowledge in hand, Winslow said, researchers will be better able to develop a treatment to keep some deadly heart rhythms from forming.

The lead author of the study was Mark A. Walker, who worked on the problem while earning his doctoral degree under Winslow's supervision. Walker said he and his colleagues used computer models to determine what activity was linked to arrhythmia at three biological levels: in the heart tissue as a whole, within individual heart cells, and within the molecules that make up the cells, including small proteins called ion channels that control the movement of calcium in the heart. 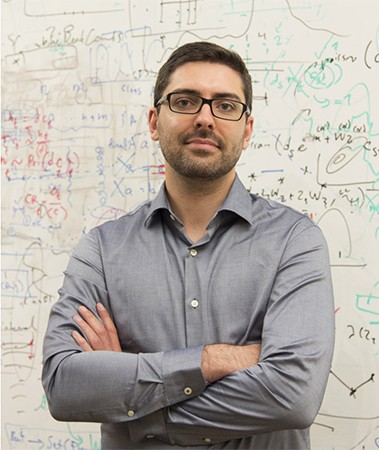 Image caption: Mark A. Walker, who conducted the research as a doctoral student at Johns Hopkins, was lead author of the computational biology study.

"Calcium is an important player in the functioning of a heart cell," said Walker, who now works as a computational biologist at the Broad Institute, a research center affiliated with Harvard and MIT. "There are a lot of interesting questions about how the handling of calcium in heart cells can sort of go haywire."

Walker and his colleagues chose to focus on one intriguing question about this process: when heart cells possess too much calcium, which can happen in heart disease patients, how does this overload of calcium trigger an arrhythmia?

The team discovered that heart cells respond by expelling excess calcium, and in doing so, they generate an electrical signal. If by chance, a large enough number of these signals are generated at the same time, it can trigger an arrhythmia.

"Imagine if you have a bunch of people in a room, and you want to test the strength of the floor they are all standing on," Walker said. "It's not a very strong floor, so if there's enough force on it, it will break. You tell everyone that on the count of three, jump in the air. They all land on the floor, and you try to figure out what's the probability that the floor will break, given that everyone is going to jump at a slightly different time, people will weigh different amounts, and they might jump to different heights. These are all random variables."

Similarly, Walker said, random variables also exist in trying to determine the probability that enough calcium-related electrical signals will simultaneously discharge in the heart to set off a lethal arrhythmia. Because the circumstances that cause sudden cardiac death are so rare, it makes them very tough to predict.

Walker and Winslow both cautioned that, at present, the new computer model cannot predict which heart patients face a higher risk of sudden cardiac death. But they said the model should speed up the pace of heart research and the development of related medicines or treatments such as gene therapy. They said the model will be shared as free open-source software.

Their co-authors on the study were Viatcheslav Gurev and John J. Rice, both from IBM's Thomas J. Watson Research Center; and Joseph L. Greenstein, an associate research scientist in Johns Hopkins' Department of Biomedical Engineering and its Institute for Computational Medicine.

This research was supported by the National Heart, Blood and Lung Institute, which is part of the National Institutes of Health, grant R01 HL105239. 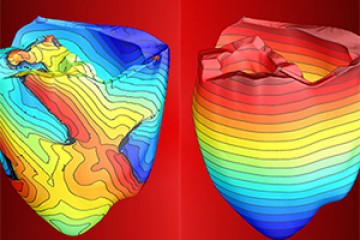 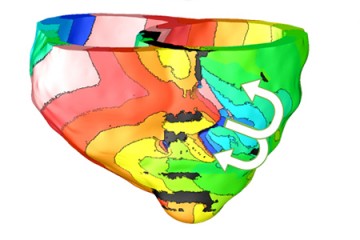 Published May 10, 2016
Personalized virtual heart can predict the risk of sudden cardiac death