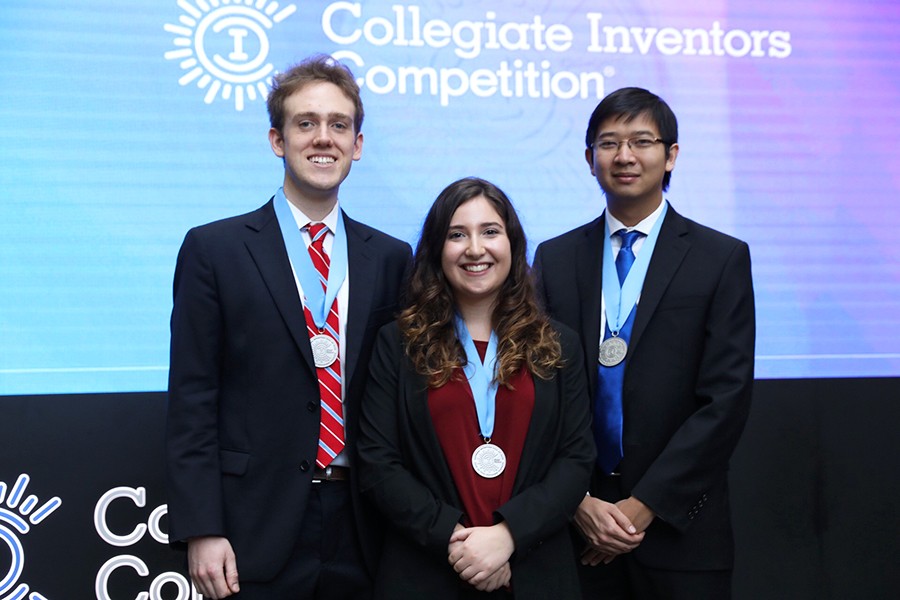 The entry from a team of four undergraduate students is a simple, discreet nasal dilator, dubbed AssistENT, designed to open obstructed nostrils, a common problem that can cause snoring and other sleep disruptions, as well as exercising difficulties.

Team members Clayton Andrews, Harrison Nguyen, Talia Kirschbaum, and Pooja Nair received $5,000, which will be used to further test and refine their prototype and move it closer to commercialization.

"We were definitely very surprised that we won," said Andrews, the team leader. "We didn't know how we'd fare against a lot of really good projects. But then we got some really good feedback from the judges."

Andrews had a personal reason for pursuing this project: He has experienced a nasal obstruction himself. He graduated last spring but obtained a Johns Hopkins fellowship that has enabled the Westport, Connecticut, native to remain in Baltimore and continue working on the prototype.

The flexible yet stable device is worn completely within the nose, and it aids breathing by expanding nasal passages safely, comfortably, and discreetly. This invention is intended as an alternative to current treatments such as external adhesive strips or invasive surgery.

At John Hopkins, the student inventors have received advice from Patrick J. Byrne, a professor of otolaryngology and head/neck surgery, and from Robert H. Allen, a biomedical design course instructor.

The AssistENT project was developed in a course offered through the Center for Bioengineering Innovation and Design within the Department of Biomedical Engineering. The department is shared by the university's Whiting School of Engineering and its School of Medicine. 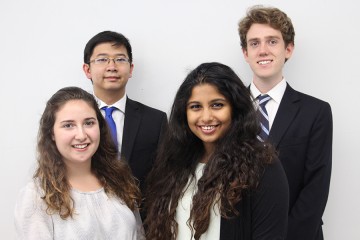